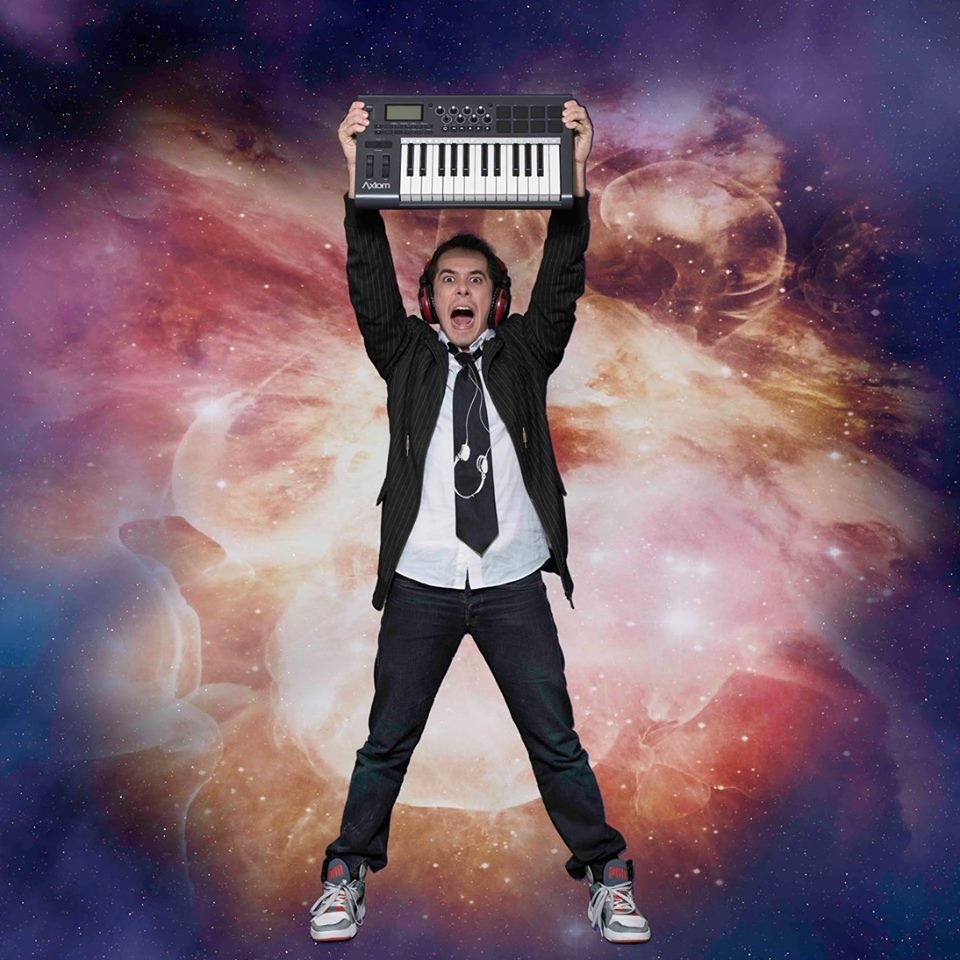 Christopher Aronson, whose "Songs of an Electric Soul" is most remarkable for the amount of bravery involved in putting it up

A barren ‘Scrooge,’ a berserk–but in a good way–‘Electric Soul’

Why, indeed, do we go to the theater?

That’s one trite thought worth revisiting as Repertory Philippines’ “Scrooge the Musical” and Christopher Aronson’s “Songs of an Electric Soul”—two shows that are poles apart in terms of subject and staging—both play their final weekends.

The German playwright Bertolt Brecht wrote that “from the first, it has been the theater’s business to entertain people.”

If so, then “Scrooge” fails the test—and this, we write with sincere sadness, for the performance we saw simply felt beneath the repute and purported standards of the trailblazing theater company.

This disappointment is magnified by the fact that “Scrooge” is supposed to be Rep’s season closer, and one that comes at the heels of its three outstandingly staged straight plays this year—the suspenseful “Wait Until Dark,” the master class in ensemble work that was “August: Osage County,” and the uproarious comedy “Noises Off.”

Yet, for a show that’s peddled by the company as its “big musical” for the year, there’s hardly a smidgen of excitement coursing through its dreary two-and-a-half-hour running time.

To be fair, director Baby Barredo and her team really don’t have much to work with in the first place, as writer and composer Leslie Bricusse has left them with mediocre songs and an overwrought story that’s essentially a superficial lift out of Charles Dickens’ “A Christmas Carol.”

It should also be pointed out that “Scrooge” conspicuously bears two of Rep’s trademarks: a terrific ensemble (an assembly of veterans and unfamiliar names) and a clean staging. All the scenes are excellently blocked and choreographed; the singing and dancing are technically spot on, and not a hair out of place.

John Batalla’s lighting design also does the trick of giving life, pun intended, to the famed ghosts of the story, and Miguel Faustmann’s set ingeniously resembles a gingerbread town.

All the more reason, then, why this production is such a letdown, for never does it rise above the limitations of its source material. Instead, this “Scrooge” has a mechanical feel to it, an over-sanitized, almost antiseptic sheen, as if the performers were only trying to make the most out of each forgettable scene.

The skill is there, but the heart, and more so the passion that has come to define the best of Rep (think “Little Women,” “The Producers”) is nowhere to be found.

As a Christmas treat, this production barely bursts with the excitement of holiday cheer. Even the final scene featuring Scrooge dressed up as Santa and spreading the love to the whole town wasn’t enough to stop the kids in front of us from prematurely rushing to the bathroom.

And as a children’s show, it is devoid of innovation, the kind that made similarly banal material sparkle and soar in Trumpets’ “The Bluebird of Happiness” last year.

It also hurts to mention that Faustmann, as the titular character, is half a misfire in this production. As an actor, he can impressively juggle grumpy, scheming, heartless and frightened all at once. But a singer he is not, and so he resorts to (painfully) bellowing his songs, most of which are way beyond his range.

‘Songs of an Electric Soul’

At the other end of the spectrum is Aronson’s one-man show, “Songs of an Electric Soul,” which is unquestionably the year’s weirdest, craziest and most unpredictable piece of theater. It evades structure, hardly makes conventional sense, and expects unmitigated indulgence from its audience.

To paraphrase the playwright, it is a “mind-expansion ritual” that aims to imagine how the practices of the ancients would fit in the technological age. Picture a babaylan gathering the hunter-gatherers round a midnight fire and screaming her chants to the heavens with the aid of a Macbook, speakers and synthesizers.

Here, Aronson becomes the babaylan (and more!), opening by instructing the audience to stop believing that this is just a show and he is a performer. After an hour, two questions demand answering. One: Is the man sick in the head? And two: How much of this self-proclaimed “ritual” is unscripted?

The first question is the result of watching Aronson bare the most insane and vulnerable parts of him, as he dances and contorts his body, spouts hummable songs in made-up foreign tongues, dramatizes tales of the Creation, and discusses his spirit guides residing in, um, wands.

“You may find it hard to believe, but this wand is inhabited by Robin Williams,” he says, before explaining how, one time, he heard a “Yawp!” behind him—the cry Williams makes in the movie “Dead Poets Society”—and knew it was the late actor calling to him (or something).

The second question is just a nicer and printable way of saying, Is this man sh***ing us? For “Songs” has the feel of an improv routine, but without the adherence to meaning, clarity or coherence. It’s as if Aronson is only thinking up and dishing out shenanigan after shenanigan as he goes along.

There is a script, of course, and it is all an act—no matter how much he tries to convince us that neither exists.

But what is most remarkable about “Songs” is the amount of bravery involved in putting it up. For isn’t great theater all about shedding off facades, about becoming as transparent, and therefore real, as possible?

That the most fitting word to describe Aronson in this show is “berserk” may just be the best compliment “Songs” can possibly receive.

With a voice harmony recorder in hand (he literally creates the music on the spot) and almost the entire control booth on the table in the performance space, Aronson single-handedly manipulates the technical elements of “Songs,” most of the time while talking or singing.

This is a man of overflowing charisma with an air of mystery about him, who can easily command our attention despite the absurdity he’s shoving down our throats. So when he asks us to emit animal sounds at the signal he’ll provide (in a segment that will be hilariously familiar to those who’ve seen Christopher Nolan’s “Interstellar”), we gamely respond, if only to see what will happen next.

A word of caution: This show is not for the uptight, and definitely not for those who want their evenings at the theater neatly packaged in the familiar Broadway gift box.

But in Brechtian terms, “Songs” more than entertains; it shocks, startles, surprises—precisely why this little ritual is an experience that demands to be seen.