In her memoirs, Ingrid Sala Santamaria sums up the ‘Four Seasons’ of her musical life | Inquirer Lifestyle ❮ ❯ 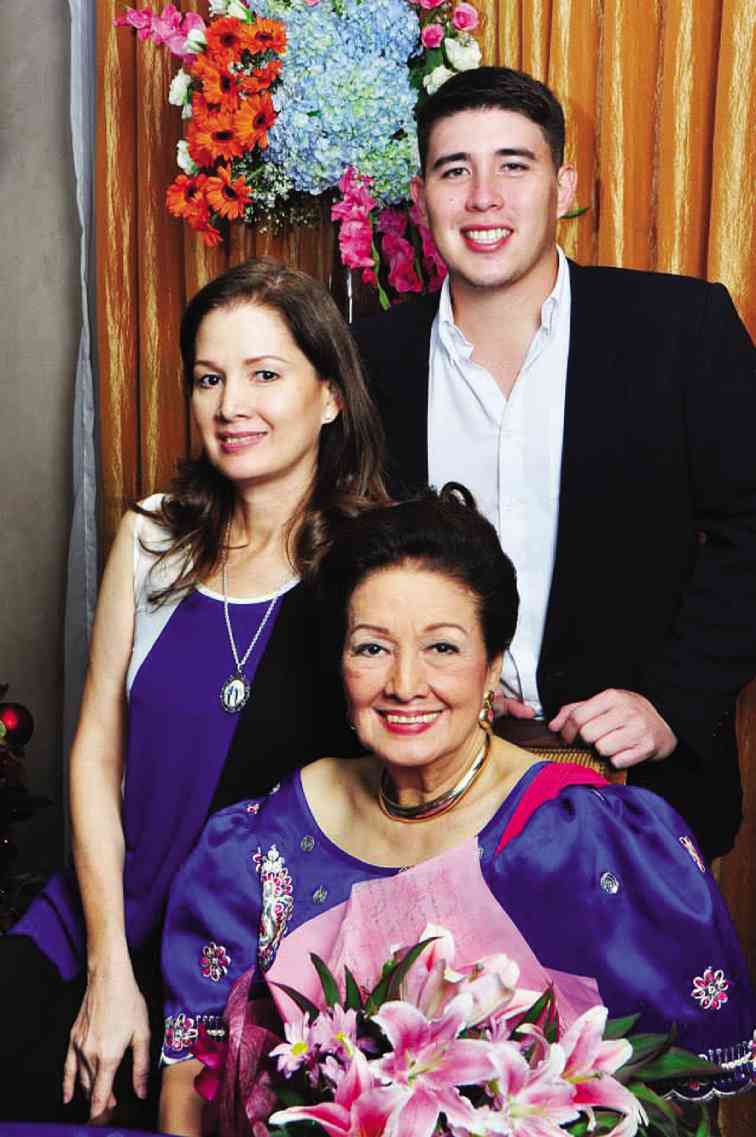 In her memoirs, Ingrid Sala Santamaria sums up the ‘Four Seasons’ of her musical life

There is a strain of Vivaldi’s “Four Seasons” in the life of pianist Ingrid Sala Santamaria. In fact, she titles her memoirs “My Four Seasons.”

The book was launched in a well-attended affair at Casino Español de Cebu last Dec. 4.

It was the night before Typhoon “Ruby,” but Cebu Governor Hilario Davide III and his wife took the time to grace the book-launching. Shortly after, the governor declared a suspension of classes, but not before poring over the book written by Cebu’s most revered musician.

Santamaria’s “My Four Seasons” consists of 200 pages and 600 pictures tracing the pianist’s life from Cebu to Manila and back. It chronicles her music advocacies over 60 decades.

Born in Cebu in 1940, the pianist writes that the book reviews “the blueprint of my youth.”

Starting with the early ’60s, she recalls the rich harvest in her musical life when she graduated with a gold medal in performance with a master’s degree from Santa Isabel College, playing the “Schumann Piano Concerto.”

Briefly she dwells on her first recital in Cebu; then the time she won first place in the Jeunesses Musicales of the Philippines; and playing the “Emperor Concerto” with the National Philharmonic Orchestra under Redentor Romero.

At about this time, she also played Franck’s “Symphonic Variations” at the Rizal Theater, sharing the stage with England’s prima ballerina assoluta—Dame Margot Fonteyn—with British conductor Dudley Simpson at the podium.

On her personal life, she recalls her marriage to advertising executive José Santamaria in 1959; the various phases of her motherhood; and raising four children and later doting on 16 grandchildren.

There was a phase in her life when she found herself asking if she could mix family life and her music career, she writes.

There was no question that she would choose family life, she quickly adds. But then a very supportive husband allowed her to pursue her music while raising a family.

Going over the book, one saw how rich Santamaria’s musical life is, and how equally encompassing her commitment to her family.

At the launch, the book’s 200 pages were briefly reviewed for book-lovers in an audio-visual presentation beautifully prepared by David Brass.

What makes the book unique is the CD insert of the newly launched three-CD “Romantic Piano Concerto Series.”

Santamaria divides the seasons in her life, and what make them significant and memorable.

Her grandson, Jay Laurel, gave the closing remarks, thanking those who supported her grandma’s musical endeavors.

“I really wish the appreciation for Mama Ing’s (Ingrid Sala Santamaria) music will continue for a long time,” Laurel said. “I do vow to do my best to make this music known and loved by my generation.”