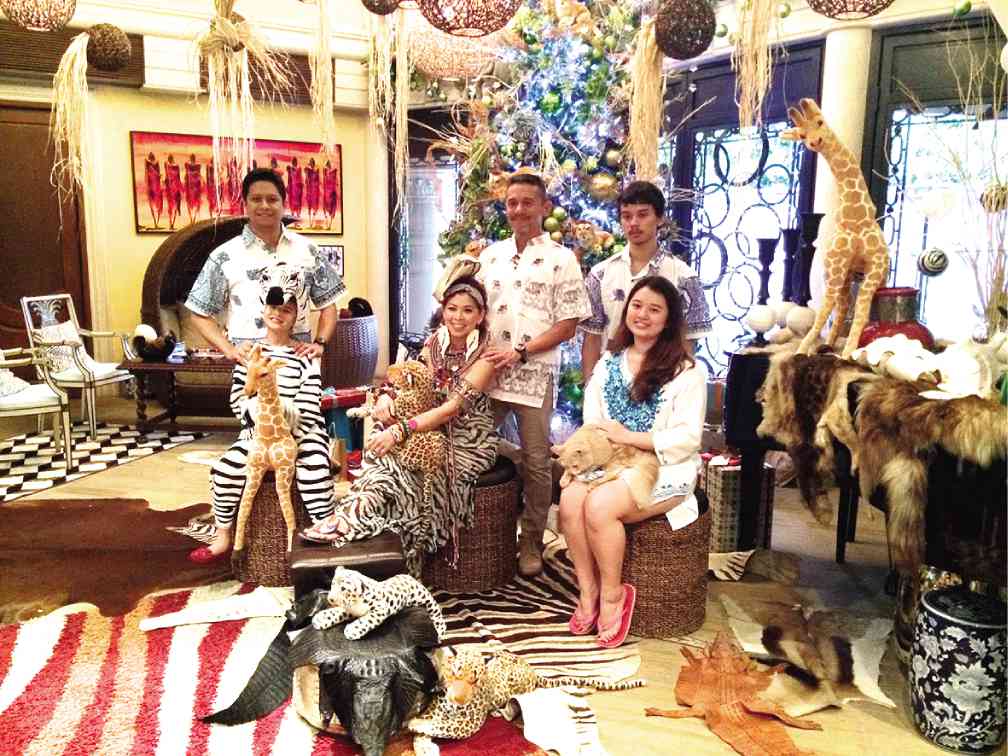 Africa is one of the most exotic destinations that we can dream about. For our 20th anniversary, my hubby Dennis and I decided to find our way back to the world’s second largest continent, a decade after our first visit.

Malu Gamboa, restaurateur extraordinaire, worked with Binky Dizon, owner of A2A Safaris (www.a2asafaris.com), to create the perfect itinerary for our TropAfrica group of 10 tourists. Six of us were originals from the first trip, and all were excited to get the full expertise of A2A for our planning, from choosing the best camps to visa, currency and luggage tips, and, finally, to just pushing through despite the Ebola scare.

Malu arranged our flights to Nairobi via Qatar Airways. The layover in Doha allowed us to visit the spanking new terminal, with its extensive duty-free shopping options.

In Kenya, we landed at the Jomo Kenyatta International Airport, where we were met by a representative arranged by A2A.

The pampering started immediately as we were guided through immigration and customs and brought to our guides from a company called Cheli & Peacock, Richard and Lucy. Naturally, we all got a kick out of our “show biz” guides.

Our boutique hotel was called the House of Waine, in a suburb of Nairobi called Karen, after the famous author Karen Blixen. The hotel staff was wonderful and the rooms spacious enough for all the luggage we brought.

Shopping is all done in Nairobi, so interior designer Anton Barretto, interior stylist Nix Alanon and fashion designer Rajo Laurel got all kinds of African décor and home furnishings in several shops. Fun buddy Tim Yap got a giant wooden mask at Utamaduni Craft Centre for his new home.

Nairobi itself has a huge nature preserve immediately next to it, so safari drives are possible right from the city! We opted for a visit to an elephant orphanage, where we learned how the Kenyans are rescuing young elephants whose parents have fallen to poachers.

We also had to check out Karen Blixen’s house, where the Robert Redford and Meryl Streep film, “Out of Africa,” was shot.

But the thrill of Africa is in the safari itself, and this meant a Cessna plane ride away from Nairobi, into the heart of the Maasai Mara preserve. The Mara allows a small number of safari camps to operate within the preserve, or directly adjacent to it.

We stayed at Cottar’s 1920s Safari Camp. The place may have been operating for almost a century, but its tents and bathrooms are all new and first-class. It is a special place, right near the border between the Mara and its southern neighboring nature preserve, the Serengeti in Tanzania.

(To be continued on Tuesday, January 6.)