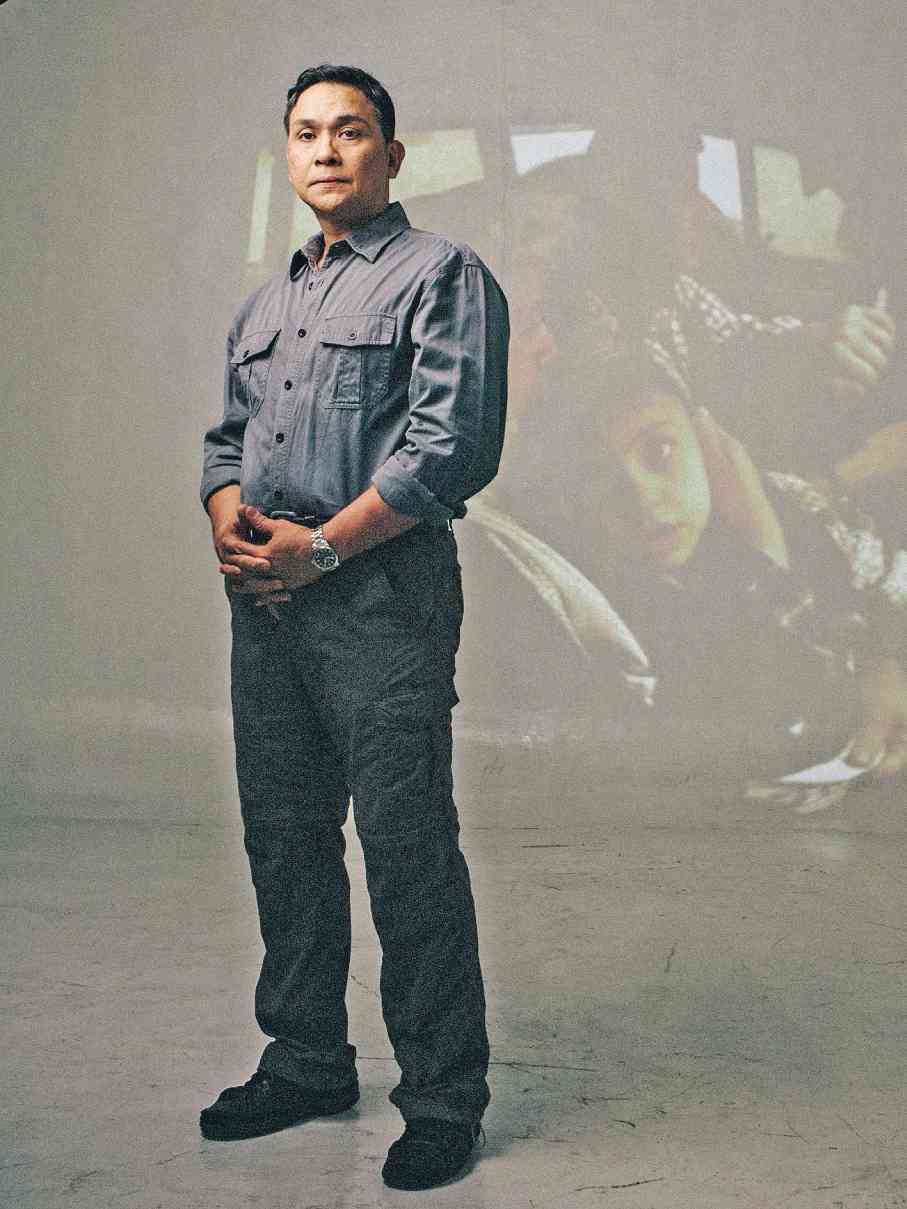 “We’re the ultimate leading man and woman for this play—we have steamy scenes and you’ll sweat when you see them,” declared Nonie Buencamino, referring to his partnership with fellow multiplatform actor Ana Abad Santos in Red Turnip Theater’s season-opener, “Time Stands Still.”

Was it a promise of unadulterated theater experience? Or could it be an inside joke shared (and heartily laughed at) by accomplished actors who remain grounded and are not beyond poking fun at themselves?

We met up with the stage couple a day before the press conference for “Time Stands Still,” whose Manila debut is being directed by Rem Zamora.

Buencamino, local theater’s consummate leading man, was last seen as the imperious, short-tempered Siamese monarch in the musical “The King and I” at Resorts World Manila.

Abad Santos’ most recent stage appearance saw her reprise her role as Mira in last year’s restaging of Floy Quintos’ “Fluid” (she originated the role in 2004), which earned rave reviews for the powerhouse actress.

Both performers said they’re at a stage in their careers where they have had to lessen theater projects to conserve time and energy. “Time Stands Still” happened to be one of those good materials they hope to come across at least once a year.

“I think it’s age,” said Abad Santos. “When you’re starting it’s [all about] quantity. You want to improve yourself. After a while I feel like I’m [being stretched] thinner … it becomes so taxing when you want to choose your roles.

“I can only do this (acting onstage) once a year siguro. As you get older it (the work) becomes heavier, everything is deeper,” she added.

A cofounder of Red Turnip and director of 2013’s local stage adaptation of Patrick Marber’s “Closer,” Abad Santos steps on the Red Turnip stage for the first time. For Buencamino, the coming production is his first foray into contemporary English plays.

They portray photojournalist Sarah Goodman and journalist James Dodd, respectively, who are longtime partners in work and romance.

The cast is rounded out by Nor Domingo as Richard, the couple’s longtime friend, and Giannina Ocampo as his much-younger squeeze. Set design is by Denis Lagdameo; technical direction and lighting design by John Batallia; production and costume design by Marta Lovina; and music and sound design by Toni Muñoz.

Written by Pulitzer winner Donald Margulies, the play is about relationship and social issues, straying not too far from themes tackled in the playwright’s earlier, more distinguished work, “Dinner with Friends.”

But what “Time Stands Still” lacks in Pulitzers it makes up for in production acclaim. It earned rave reviews for its Broadway staging as well as Tony nominations in 2010 for Best Play and Best Performance by a Leading Actress for Laura Linney (best known for the films “The Savages,” “Kinsey” and “Love Actually”).

In a review published Jan. 29, 2010, New York Times theater critic Charles Isherwood wrote: “Mr. Margulies is gifted at creating complex characters through wholly natural interaction, allowing the emotional layers, the long histories, the hidden kernels of conflict to emerge organically. His dialogue throughout ‘Time Stands Still’ crackles with bright wit and intelligence, but it is almost always an expression of the characters’ personalities, not a function of the author’s need to dazzle and entertain.”

Others have proclaimed Margulies’ work “a piece of theater that packs a punch” and “absorbingly intelligent.”

Abad Santos and Buencamino seem to be on the same page as they described their preparations for and observations of the play.

“I realized this script was very specific [as] I was going through it with somebody helping me with my English, si Liesl Batucan,” said Buencamino. “I’m not really used to speaking long sentences and paragraphs [in English] and then acting.”

He and Abad Santos did not need to acquire an American accent, but they wanted to use the right intonation and emphasis, especially since the latter had copious marks on the script.

The opportunity to tackle good material wasn’t lost on Abad Santos either. She said “Time Stands Still” has been one of her most challenging projects because the characters were fleshed out so well.

“When we’re (their characters) talking about situations that happened in the past, it’s not enough to just have an idea about what took place,” she explained.

“What really got to me was the struggle of a woman between love and work. I think most men have an easier time handling both, they can balance. For women I think it’s harder because we can only be married to one… We (women) could read our thoughts in the play, as well as the descent of a relationship.”

“The story puts into question how much of yourself to give and what it is you give up for the sake of the other,” said Buencamino.

“When is it enough to keep a good partnership and what is the value of the partnership? Those are the struggles I saw in the characters.”

Buencamino, who will celebrate 25 years of marriage to actress-wife Shamaine Centenera in May, finds his personal life somewhat parallel to the story.