A ‘fiesta’ buffet that never ends, but is always on its final hour | Inquirer Lifestyle 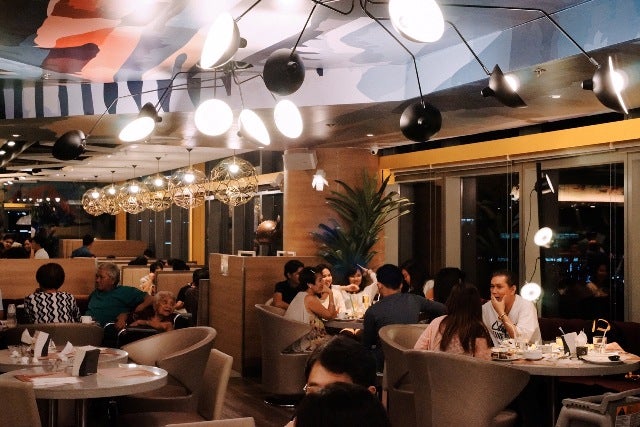 An electrified mariachi band would play in the restaurant every 5 minutes.

A ‘fiesta’ buffet that never ends, but is always on its final hour

What spirit of masochism possessed us to attempt eating at Megamall on a Saturday night continues to remain a mystery. There were lots of new restaurants, but more than enough people to fill them, so they spilled out in long queues, irritable and snarling.

The three restaurants we wanted to try all had a wait list, so we ended up picking the one where we would be seated soonest. This turned out to be Vikings, part of a large chain of buffet-style restaurants that has been getting some attention.

We arrived at 8 p.m., not an unreasonably late hour for dinner; 20 years ago I would have been just waking up and looking for breakfast.

The buffet, we were told, would close at 10 p.m., more than enough time to raid the choice bits and settle down for leisurely dessert and coffee afterwards.

We were something of an expert at getting our money’s worth—not fill up on rice and pasta and go straight for the prime cuts and seafood, and then work backwards to appetizers and cheese.

Vikings is a buffet like no other; the space is huge, like a bingo hall, or a ballroom in a two-star hotel. The drinks, desserts and appetizers are in the middle, the meat and roasts are in a long row on one end, and the fish and sushi in a row down the other.

Not typically, drinks are included in the price of admission, with soft drinks on tap, milk tea to be mixed in plastic cocktail shakers by the customer, and San Miguel draught beer on tap, which might have accounted for the festive atmosphere.

The food at Vikings is not bad so much as wretchedly mediocre and indifferent. The prime rib (of what animal, I’m not sure) was tiny, shriveled and gray, and looked like it had been cobbled together with transglutaminase.

When I held out my plate, the server solemnly chipped two wafer-thin wedges from the corners. I meekly piped up for some more, and with great reluctance he sawed off a tiny morsel and placed it with great ceremony in the middle of my plate. “We’re about to close,” he explained.

I thought I would make up for it by exploring the vast line of chafing dishes with promising labels, but lid after lid yielded nothing but a vast, empty expanse of bottom. Some had a token few strands of pasta or a single dumpling sitting on a corner, but most were empty.

On the other side, a few very dead fish, the kind you would wrap up in a newspaper and send to your enemies, sat limply at the grill buffet. The sashimi was also thin as muslin and cut at odd, haphazard angles to the grain: This was obviously not going to be Jiro behind the sushi counter, but it seemed that by 8 p.m. the servers weren’t even making much of an effort.

The food had been here all day, and from the looks of it some of the tables had been here since lunchtime and simply continued in a beery haze.

Every five minutes an electrified mariachi band, not your typical rondalla but one fortified with a badly amplified electric guitar and percussionists, would break out into a birthday serenade.

The atmosphere was that of a boozy fiesta, as though we had wandered by mistake into a wedding of someone we didn’t know, which had started about three hours earlier and was running out of food.

The one thing that Vikings did have a lot of was dessert; after about five different kinds of sweets, we, too, started jumping around and taking selfies with the food.

I even began to feel slightly left out that it wasn’t my birthday, and was tempted to ask if the band could oblige us with a rousing chorus, since it was coming up next month anyway.

The saving grace was that, on the way back to the car, we stumbled upon Cyrille Soenen’s stall where he was selling his famed kouign amann, which are best (though not flatteringly) described as the elder brother of the cronut.

A speciality of Bretagne, they are little bombshells absolutely packed with sugar and ungodly amounts of butter. They’ve gone slightly commercial with non-Gallic toppings of blueberry and cheese or ensaymada, but a little indigenization never hurt anyone. I can highly recommend the Choc-Nut version as absolutely sublime and a great way to clear one’s arteries, as well as one’s palate of an unpalatable meal.

Vikings is a nightmare out of Jorge Luis Borges, where the fiesta never ends, but is always on its final hour.

KA by Cyrille Soenen is at 2/F, SM Megamall