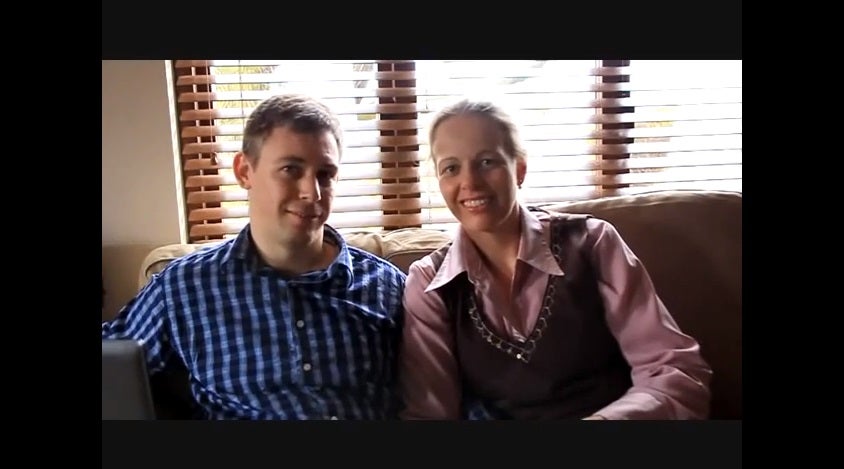 MANILA, Philippines – His parents had almost given up on him, bringing him home – from the hospital – to die. But with their care and attention, South African Martin Pistorius survived despite being “trapped in his body” for 12 years.

Communicating with the National Public Radio with the aid of a computer software (he never regained his speech), Pistorius recounted how it felt being in vegetative state for 12 years.

It all started with a sore throat. He was 12 years old then and living in South Africa with his family. In January 1988, his body started to weaken as he slowly slipped into a virtual coma.

Pistorius was diagnosed with Cryptococci meningitis and tuberculosis of the brain.

It reached a point that even his own mother told him, “I hope you die,” so that he may be relieved from the pain he was suffering.

Pistorius, now 39, said he started being “present” again two years after he fell ill. He recalled being aware of current events and his family leaving him during the holidays. From languishing in thoughts that “no one would ever love me,” Pistorius learned to disengage from his thoughts.

“You don’t really think about anything. You simply exist. It’s a very dark place to find yourself because, in a sense, you are allowing yourself to vanish,” he told NPR.

Years after watching reruns of “Barney,” which he “hated,” and after welcoming his thoughts once again, Pistorious started to exhibit “subtle language” which his aromatherapist and family have finally noticed.

With the confirmation that he was conscious and responding, Pistorius was given a computer with communication software. He began therapy and intense computer-based exercises. Eventually, he learned to read and write. He got a job and graduated from a university after learning to create websites.

He even wrote his own book “The Ghost Boy,” which recounts his experiences as a boy “locked in (his) own body.”

“At every turn my eyes opened in wonder as I crashed into new experience…tasting a cloud of melting sugar called candy floss; feeling the warm pleasure that comes with going shopping for the first time to buy Christmas presents for my family; or the sharp surprise of seeing women in short skirts,” he was quoted saying.

Pistorius now lives in England and works as a web designer. KS

To pull or not to pull the plug