These apps can help you lose that fat | Inquirer Lifestyle ❮ ❯ 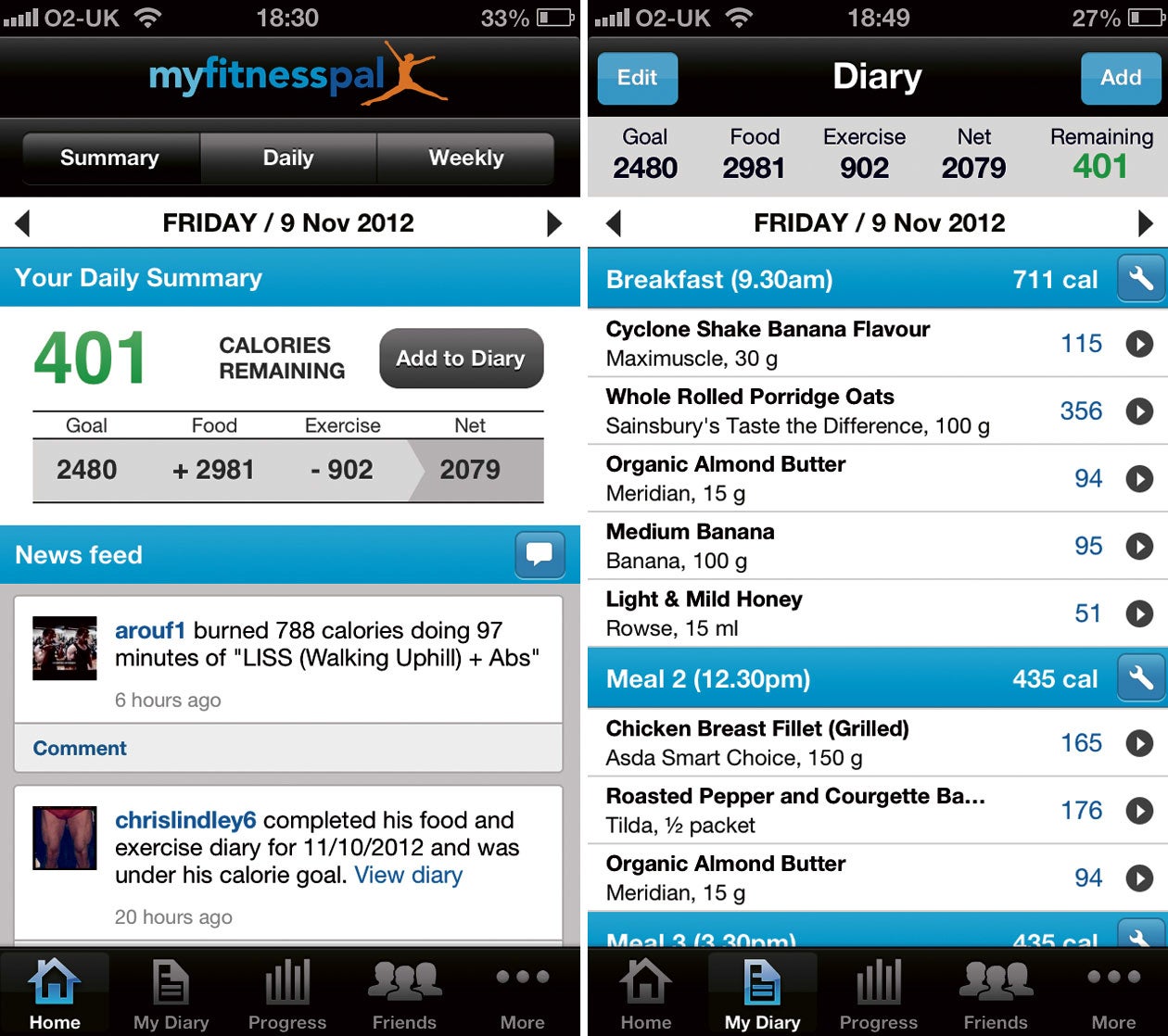 These apps can help you lose that fat

From donuts to ramen to bubble tea, Metro Manila goes from one food craze to another every few years. And each time, the collective waistlines of Manileños get bigger.

It’s hard enough to stick to a diet. With the plethora of food choices available, the task seems almost impossible.

But don’t despair. It’s the 21st century, after all. We have at our disposal the latest in consumer technology to help trim the fat and shave off the pounds.

While technology is usually blamed for obesity (because television, computers and video games contribute to a sedentary lifestyle), there are apps and gadgets designed to get you moving.

Apps are programs that are designed to run on smart-phones. Since you carry your phone with you everywhere, it’s one of the most convenient ways to track your fitness.

MyFitnessPal is a website and smartphone app that helps you watch your calories. Studies have shown that writing down what you eat in a food journal can lead to greater weight loss.

Let’s say you gobbled up a Quarter Pounder and downed a big glass of Coke at McDonald’s for lunch. You can easily add your meal to your food diary from a massive database of food and drinks.

MyFitnessPal will automatically calculate how many calories you consumed, including nutrients such as carbohydrates, protein and sugar.

The MyFitnessPal app is available for free on iOS, Android and Windows phones.

It’s an app that’s available for free on iOS and Android. It records your pace, measures the distance you run, and helps you set and achieve goals.

For fans of the “The Walking Dead,” there’s Zombies, Run! 3, an app available on iOS and Android that places you in a hypothetical zombie apocalypse in which you are tasked with finding critical supplies for your base.

The app maps your local area with global positioning system (GPS) and feeds you instructions on where to go, all while you’re running from virtual zombies. Remember the first rule of “Zombieland”? Cardio.

Teens and college students can get away with pulling all-nighters, but anybody over the age of 30 knows how valuable a good night’s sleep is.

SleepBot can track your sleep history, wake you up at the right time with smart alarms, and even record movements and sounds; so you can find out if you’re snoring or letting out dark secrets in your sleep.

SleepBot is also available for free on iOS and Android.

Fitness trackers are devices that measure nearly every aspect of your health using GPS, accelerometers, heart rate monitors and other technologies.

They’re designed to be worn all day, every day, even while you’re asleep. A lot of the apps previously mentioned also work with these devices.

The Fitbit Flex records the number of steps you take, the distance you travel, the calories   you burn and the quality of your sleep, synching all your information wirelessly to your smartphone or computer.

The Jawbone UP24 is another fitness tracker with many of the same features as Fitbit. It has a feature called SmartCoach that provides you with customized advice and motivation.

Smart watches are being touted as the next big thing in the world of consumer technology. Even Apple is releasing its own smart watch later this year.

They come with many of the advantages of fitness trackers, but with more functionality in the form of a larger screen, voice recognition and Internet connectivity.

With its clean, minimalist design, Motorola’s Moto 360 is the prettiest of the current batch of smart watches.

It has a built-in Moto Body activity tracker that measures steps, distance and the number of calories burned.

Just be warned: Smart watches usually have a day’s worth of battery life, which pales in comparison to fitness trackers.

Fitness fanatics may want to invest in a dedicated fitness tracker which can last up to a week on a single battery charge.

Ever since “Dance, Dance Revolution” and the Wii Fit, video games have become a fun alternative for gamers looking to burn off some calories.

“Zumba Fitness: Core,” available on Xbox 360 and Nintendo Wii, promises to bring the fitness craze that your tita can’t seem to get enough of to your living room.

For those looking to shake their groove thing, “Just Dance 2015,” available on all the major consoles, promises hours of carefree dancing without having to drive to a club at Bonifacio Global City.

And if you want to learn how to fight but don’t want to get punched in the face every week by a sweaty accountant with anger issues, “UFC Personal Trainer” is the game for you.

It won’t turn you into a Brock Lesnar, but it’s perfect for anybody looking for an mixed martial arts (MMA )-theme workout in the comfort of their home.

Technology is a powerful tool, but it’s not going to run those laps for you—at least not yet. It’s always important to be consistent. Think of your new exercise and diet regime as a permanent lifestyle change, not something you do only for beach season.

Take advantage of these devices, and maybe you’ll finally be able to cross off that dreaded New Year’s resolution: Lose weight.

The author, who’s 25 years old, is a freelance writer based in San Diego, California. He says he wishes an app would tell him how and when to stop eating chicharon.