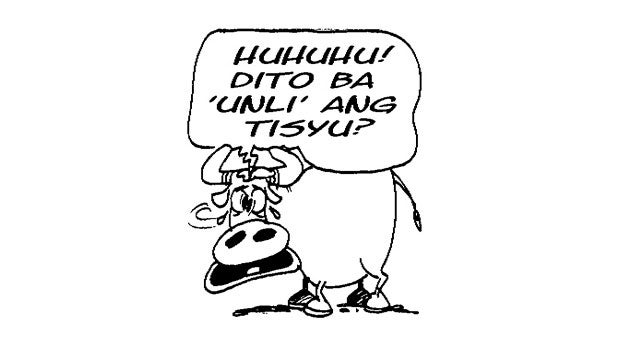 Naga café is one for broken hearts 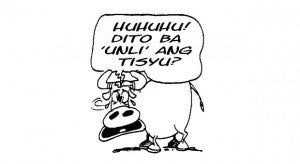 NAGA CITY, Philippines—In a coffee shop with mellow lighting and murals dominated by a huge portrait of national hero Andres Bonifacio, lawyer and street photographer Allan Reiz Macaraig picked out a heart-shaped, pink post-it from a glass window and put it on the table.

On the post-it, written in shorthand, the phrase “Walang forever” (There is no forever) was left, probably by a brokenhearted customer who wished to add his pain to the numerous pink and red hearts stuck on the glass windows and door of Anthosia Café.

Macaraig, the café owner, encourages customers to leave messages of frustration, bitterness, hope, love and whatever they have in their minds and hearts on the little post-its and guest books with names that tug at the heart—pag-ibig (love), pagkamoot (Bicolano for love) and true love.

Situated on Panganiban Drive, one of the busiest thoroughfares of Naga City, Anthosia Café was established in September 2014 as a place where Macaraig and his fellow photographers and local artists could meet and have coffee while leaving a space for his law office on the second floor.

“We converted the ground floor into a coffee shop not primarily to generate profits but as a place where people could express themselves freely,” he said.

From a hot-coffee-only menu, Macaraig and his friends expanded the selections to include tea-based cold drinks, pasta, pizza, bread and other snacks after the uniquely named beverages attracted more patrons than they ever imagined.

Most of his customers are young urban professionals, artists and students in Naga City, aged around 18 to their late 20s who were intrigued by the ambiance and the menu.

Macaraig said the intriguing names of the food and beverages easily attracted singles and even dating couples looking for a hip, new place where they could unwind at the end of the day.

“I think what became Anthosia’s selling point was the ambiance. It is unassuming. You come in here and just be yourself. Everyone can find something to relate to here,” Macaraig said.

Macaraig chose the name Anthosia from the Greek word for rosemary herb “anthos” and his mother’s name Rose.

He and his artist friends and photographers filled its walls with murals, doodles, poetry and photos with images of and references to The Beatles, Michael Jackson, Neil Armstrong floating in space, the prolific amorseko plant set in a deep blue background and portraits of random strangers.

Customers can sit on couches amid displays of vintage phones, cameras and books they can borrow and read while listening to music playing from an ancient vinyl record.

The first items on the menu include “Kape Supremo,” a tribute to Katipunan Supremo Andres Bonifacio, and “Kape Anthosia.”

Love for only P60

But it is their house blend honey milk tea, christened “Tsa’a Ng Pag-Ibig” (Tea of Love), or simply Pag-Ibig, that draws in the crowds.

“It seemed cool for everyone to say you can buy Pag-Ibig for P60 from a coffee shop,” Macaraig said.

Despite not having any training in culinary arts or beverage preparation, Macaraig was able to create a whole array of cold and hot drinks which caught the fancy of the single and lonely hearted crowd.

He also introduced “Kape Pogi” (Handsome), brewed coffee with white chocolate, which he named with the late Secretary of Interior and Local Government Jesse M. Robredo (a former mayor of Naga) in mind.

Food became part of the menu after Macaraig noticed that his customers would bring in takeout bags from other restaurants while enjoying Anthosia’s drinks and ambiance.

Aside from the heart post-its, customers are encouraged to scribble messages on small notebooks that Macaraig calls the Anthosia guest books.

“It’s fun reading all these dedications and messages. They leave messages of moving on after a heartbreak or just simply a heartbreak. Some even answer messages left by previous customers,” he said.

One customer wrote, “You can love someone so much … But you can never love people as much as you can …”

Another said, “I need your love to guide me back home. When I’m with you, I’m never alone,” which was answered by another customer with “Eh di wow!” (So it’s wow!)

Some are scribbles of frustration and pain (“Why did you leave me?”), or encouragement (“You need to move on”).

But not all are messages of heartbreak. Macaraig pointed to pages of messages from couples celebrating their anniversaries and monthly dates.

Due to its popular menu, the café sometimes runs out of food and drinks before closing time.

“You see, the menu is also like love,” he said. “Sometimes it is not there because you came at a wrong time, but you can always come back for it.”

A coffeehouse is Manila’s K-Pop haven