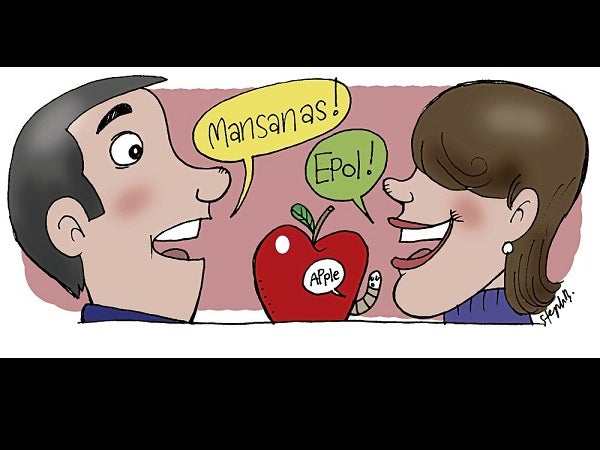 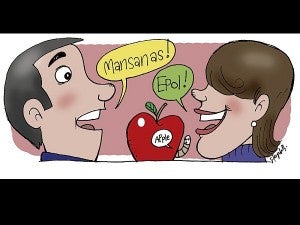 I fretted much when I learned that Sen. Lito Lapid agonized and hesitated over interpellating pro-birth control bill (RH) senators because his poor English might result in his disastrous performance. He’d rather, methinks, shoot bandits in his cowboy movies.

Harboring an inferiority complex in using one’s own native tongue in a public forum is totally absurd and baseless.

I’m a hard-boiled apostle of using Tagalog when talking to our kapwa masang Pilipino. While still creating advertising in my former job, all our ad campaigns conceived in Filipino and spoken in Filipino were sure-fire home runs in the market place. The best example was Jollibee’s Langhap-Sarap.

Last month, this newspaper (Sept. 11 issue, p. A15) ran a discussion on the value of Filipino language usage. The big headline asked: “Is Filipino for stupid people?” This inutile topic was triggered by an article by an Ateneo student who claimed that Filipino is the language of the street (useful only for talking to drivers, maids, vendors and promdi cousins), while English is the language of learning and privilege.

What hogwash! This sophomoric Jesuit-bred kiddo misses the whole point of Filipino bilingualism, an acquired Filipino skill unique in Asia.

The power of language lies in its sound, its intimacy, and its immediacy. It’s those sounds that come from the vocal cords that concretize thoughts and feelings. The creation of words springs forth from the inborn creativity of our prehistoric ancestors living in caves thousands of years ago. They started emitting grunts and growls, then they formed syllables, combined syllables into words, then words into sentences.

Then they systematized their language with grammar. Style followed later, allowing them to create poems and write stories.

Every race and nation evolve their own language, which becomes the trademark of their distinctiveness, their unity, and their pride as a people.

Language is never used as a bias for class or status. Its main function is to express thoughts and feelings from person to person, assembly to assembly, citizen to citizen.

Nonoy Gallardo’s “Tuliro,” and Elton John’s “Candle in the Wind,” elicit the same love metaphors that can melt the coldest of hearts.

There’s absolutely no racial distinction, when any language is spoken, when it comes to raising hopes, chasing dreams, pursuing truths.

Kaya, Lapid and  Pacquiao, Tagalugin ’nyo pa. Snob them ingliseras at ingliseros. ’Pag Tagalog ang salita ’nyo, you are in your element.

And of course, the guru of ward politics, the inscrutable party boss, senate president, Eugelio “Amang” Rodriguez, who made American jaws drop as he mangled proper American English, by talking with impunity, in his hilarious Carabao English.