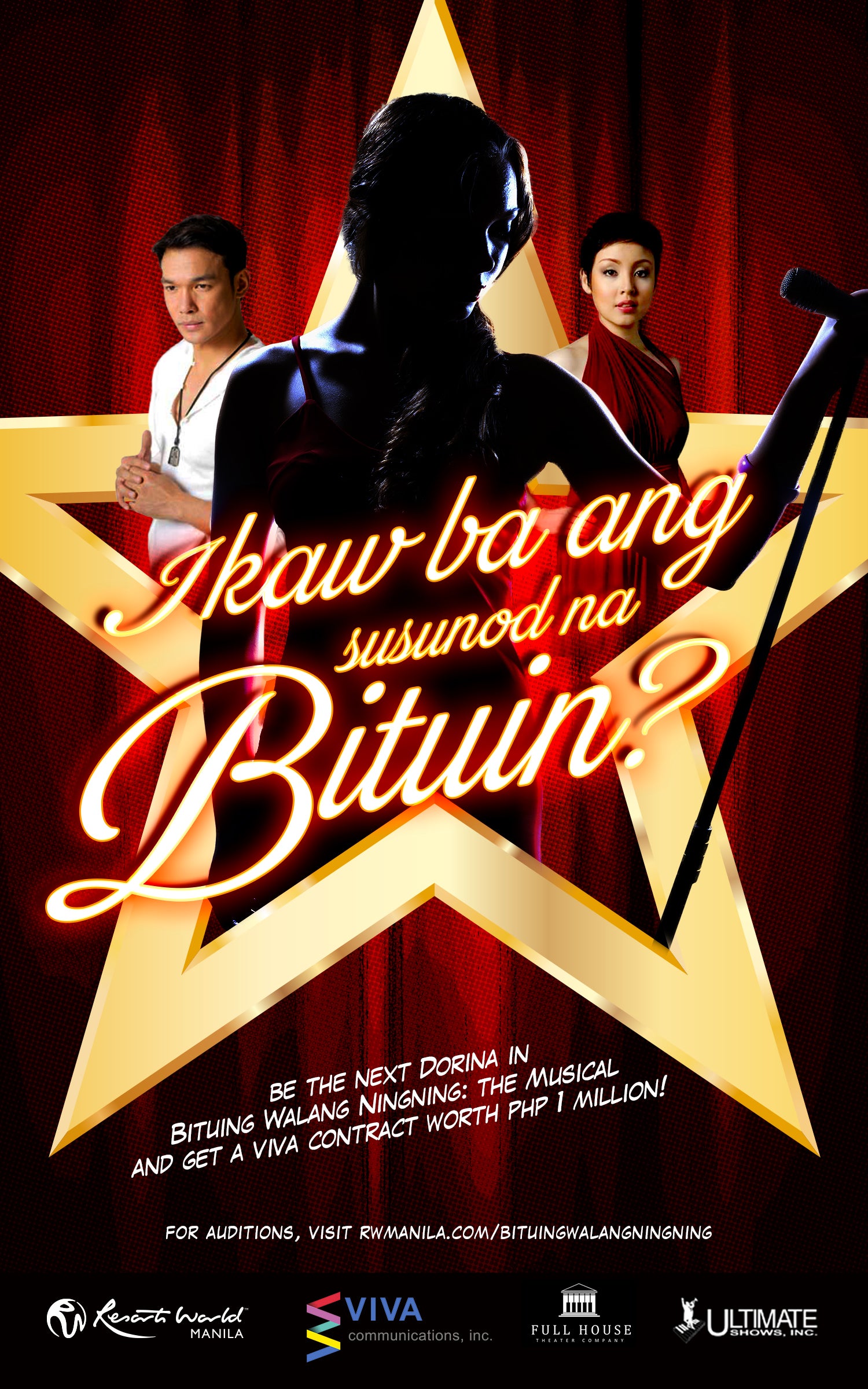 Staying true to its advocacy to “Champion the Filipino” by supporting local artists and promoting the performing arts, RWM, together with FHTC and Viva, held auditions for the lead role of Dorina in “Bituing Walang Ningning: The Musical” last Feb. 28 and March 1 at The Plaza in Newport Mall.

The lucky young lady who catches this big break to be RWM’s lead in “Bituing Walang Ningning: The Musical” will not only star alongside stage veteran Cris Villonco and singer-actor Mark Bautista, she will also win a lucrative movie and recording contract from RWM and Viva worth P1 million.

“Bituing Walang Ningning” tells the story of a singer’s rise in the competitive ranks of show business. Originally a serialized comic strip by fictionist Nerissa Cabral, “Bituing Walang Ningning” was made into a blockbuster movie in 1985 starring Sharon Cuneta, Cherie Gil and Christopher de Leon; and was  remade into a hit television series in 2006 with Sarah Geronimo, Angelika dela Cruz and Ryan Agoncillo playing the lead roles.

The upcoming musical marks the first time a contemporary drama crosses over to all the major platforms of mainstream Filipino media—from print and cinema to television, and now to the stage.

“Bituing Walang Ningning: The Musical” will be directed by veteran director Freddie Santos.