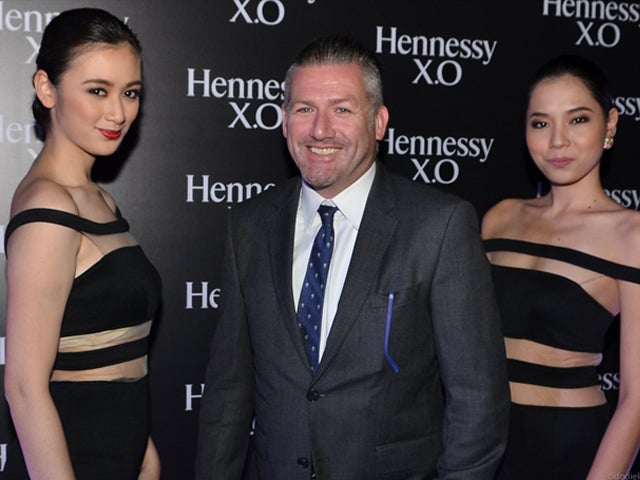 We had a fanciful night, dahlings, when Moet Hennessy Asia Pacific gathered distinguished guests to an intimate event that unveiled its new look.

We marveled at the beauty of Hennessy XO’s Exclusive Collection launched recently at the Sky Garden of the gorgeous Zuellig Building in Makati. Hosted by fashion model Bianca Valerio, the gathering looked back at Hennessy’s origins.

“This cognac of royalty, the rich and famous has always been known for its robust, rich and incredibly long-lasting flavor. But what’s nice to know is that Hennessy continues to evolve through time with significant collaborations with two world-renowned artists,” said Hennessy Philippines representative Olga Azarcon.

There was a tasting area where guests were each served Hennessy XO.

Hennessy XO on the rocks was awesome. We were brought back to the time we were a guest of the Hennessy clan at the Château de Bagnolet in France.

The opulent menu design was done by the Château de Balognet itself and Old Manila of the Manila Peninsula.

The soothing voice of sultry singer Nicole Ascencio had us enjoying our fanciful dinner and Hennessy XO.

Top LPG solutions provider Solane threw a bash for its valued distributors and partners at the Makati Shangri-La recently.

“This get-together serves as an occasion to recognize outstanding employees and distributors that helped the company reach its position in the industry, as well as celebrate with their partners,” Victor said.

“I’ve never felt more confident in our company than I do today,” said Delgado Jr. “And this is because of the combined efforts each and every one of you has put in and the faith of everybody in our vision.”

Manifesto Gallerie is the newest art gallery at Bonifacio Global City in Taguig. It is owned by architect, interior designer, restaurateur and artist Carlo Calma.

Manifesto Gallerie has featured several of Calma’s original works, and those by other artists such as Leeroy New and Jay Yao.

“Ryan showcases 18 unique installations,” said Calma. “He also does a lot of intricate abstract pieces made of clay and ceramics… Meanwhile, Henri makes the exhibition more interesting and energetic by doing live art. He does a capoeira painting cage performance that has impressed a lot of our guests.”

The Manifesto Gallerie opening was attended by art aficionados such as Maxine Eigenmann, Olivia D’Aboville and Cheryl Tiu, among others.