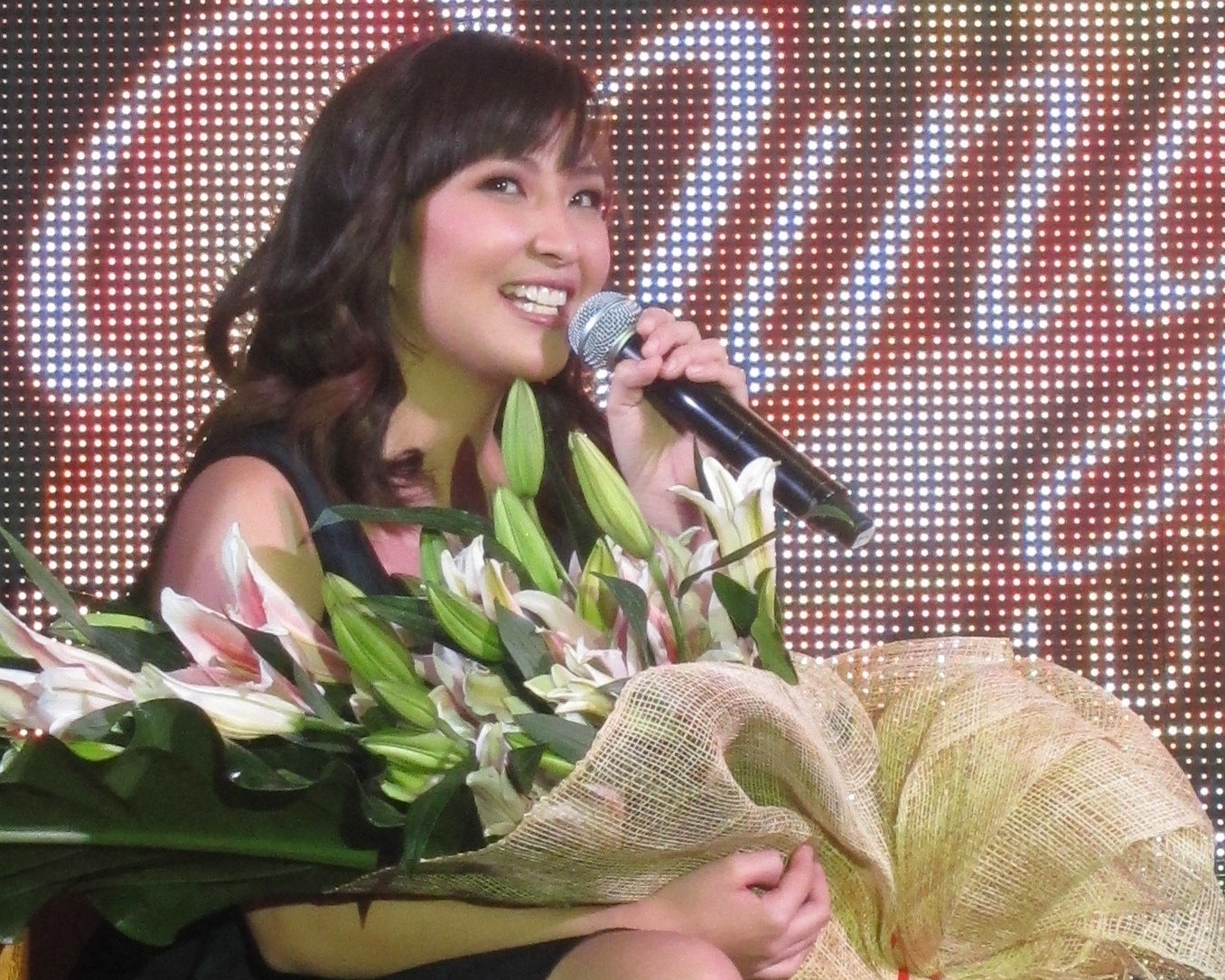 TWENTY-YEAR-OLD Monica Cuenco bested over a hundred other auditionees for the role and got herself a P1-million contract with Viva. PHOTOS BY FRAN KATIGBAK

Fresh-faced Cebuana Monica Cuenco bested over a hundred other young women from around the country to portray Dorina Pineda in the upcoming Resorts World Manila (RWM) theater production “Bituing Walang Ningning: The Musical.” The 20-year-old singer was presented to the media at RWM’s Newport Performing Arts Theater on Wednesday, two weeks after auditions were held for the plum role.

The character, which first appeared in the serialized komiks by Nerissa Cabral, had been popularized by two of the industry’s favorite recording artists turned leading ladies: Sharon Cuneta in the 1985 film version directed by Emmanuel Borlaza, and Sarah Geronimo, who starred in the 2006 ABS-CBN TV series.

Cuenco also bagged a P1-million-worth exclusive movie and recording contract with Viva Communications Inc., which owns the rights to the film, and has become a contract artist for RWM’s Full House Theater Company Entertainment and Productions Inc.

The stage musical, which opens in June, was penned and will be directed by theater veteran Freddie Santos. The play, he said, retained the general storyline but, in terms of dialogue, only 12 of the most iconic lines from the movie made it to the script. And unlike in the movie, the production will not use foreign covers. All the songs, except one, are by film scorer and songwriter Willy Cruz.

“During the auditions I was really looking for freshness,” said Santos. “Wala akong duda tungkol sa boses. Pinay ’yan, for sure she could deliver.”

Cuenco easily rendered the opening verses of the play’s theme song. Costars Mark Bautista and Cris Villonco, as well as two runners-up of the search for Dorina, joined her onstage for the rest of the performance. (The musical will also feature local theater greats Michael Williams and Menchu Lauchengco-Yulo.)

Though she admits to having no theater background, Cuenco obviously has the vocal chops for the role. Music is in her blood; this is what she inherited from the maternal side of the family. Her mom played guitar and an aunt, the drums.

Youngest in a brood of eight, Cuenco was orphaned at age 8 when her mother died four years after her father passed away. Cuenco ended up being raised by her mom’s sister.

To help make ends meet, she would peddle puto cheese and siopao, which she herself made, at a nearby supermarket.

Cuenco, a runner-up of the ABS-CBN talent show “Star Power,” learned about the contest from an employee of Viva in Cebu.

“Siyempre gustung-gusto ko [to be in the play] kasi it’s a remake… ang bigat ng mga bida [in the movie and TV versions], sina Sharon (Cuneta) tapos nasundan pa ni Sarah (Geronimo),” said Cuenco, a huge fan of the Pop Princess who happens to be a talent-show alum like her.

“Malapit sa puso ko ang ‘Bituing Walang Ningning’ because it is the song of my life,” she added.

The story remains relevant even if the movie came out 30 years ago, said Santos.

“We’re always aspiring [for something],” he said. “Aspiration is not a timely thing, it is a timeless thing.

“Tuwing may competition, makikita mo naman kilometro ang pila because those people are all aspiring to be [something big]. There is no question in my mind that [even the youth] can so relate to what this (production) means.”