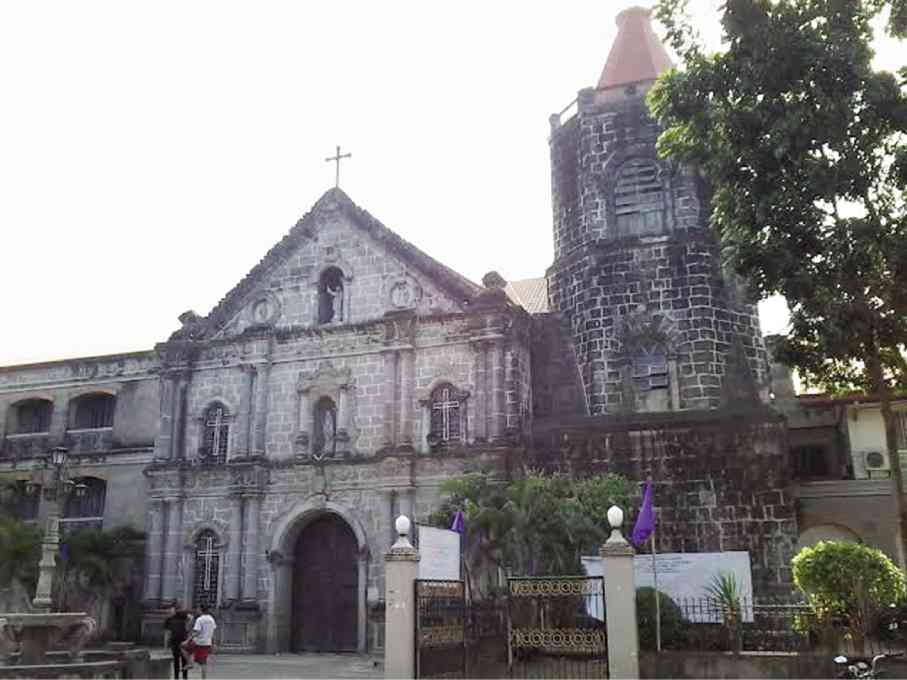 A project to replace the old “baldosa” tile flooring of the Santa Monica Church in Angat town, Bulacan, which has caught the attention of local heritage advocates, will no longer push through.

This was disclosed to Inquirer by the project’s proponent, Angat parish priest, Msgr. Angelito J. Santiago. He said Malolos Bishop Jose F. Oliveros instructed him to scrap the project.

Santiago defended his project, saying the local community and the Parish Pastoral Council had backed his plan.

But Bishop Oliveros, apparently allaying the fears of heritage advocates, stopped it.

A number of residents voiced their support for the floor renovation, saying only damaged tiles would be replaced.

“Before he (parish priest) does anything to the church, he would ask permission first from the bishop of Malolos,” said resident Conchita Santiago in Filipino.

De Guzman said locals would like the damaged flooring to be replaced so that it would look more pleasing.

But a local heritage advocate who requested not to be identified said the original plan of the parish priest was to replace all of the floor tiles with a new design.

The parish priest backtracked after a letter of opposition was sent by heritage advocates to Bishop Oliveros. He reasoned that to be replaced were only the tiles on the aisle and the sides only.

When another letter was sent to the bishop, the parish priest again backtracked, saying only the aisle tiles would be changed.

Local historian and writer Jaime Salvador Corpuz, former president of Bulacan Heritage Conservation Society (BHCS), said there was really no need to replace the tiles, said to be half-a-century old.

Corpuz said when Msgr. Santiago was assigned at Barasoain Church in Malolos, he made the controversial decision of having the old trees in the church premises cut down.

“Replacing the old baldosa tiles of the church, just like what happened in Pulilan in 2013 and Plaridel in the 1990s, is like erasing the footprints of our grandparents,” he said.

He lamented that despite the Permanent Commission on the Cultural Heritage of the Church of the Catholic Bishops Conference of the Philippines (CBCP-PCCHC), there are still a number of priests who are not conscious of the importance of cultural heritage as a capital to “unite and strengthen the identity of the people.”

He added that the conservation of heritage churches could also be “an instrument to the strengthening of the faith.”

In another development, Bishop Oliveros also rejected the plan to construct a covered court in the church patio of Hagonoy town.

“Donations were already asked. By the time they were starting the construction, the bishop of Malolos stopped it,” said architect Osie Bautista of BHCS.

Fr. Ted Milan Torralba, executive director of the PCCHC, said his office, which oversees all cultural heritage concerns of the CBCP, said the Bulacan “issues” had been brought to his attention by the Malolos diocese itself.

“The issues were brought to my attention three or four months ago,” he explained. “Floor-tile replacement in Angat Church was halted by the bishop as per study and recommendation by the Commission on Liturgy of the Malolos diocese. Tiles were not replaced with new ones. Case closed. Same with Hagonoy.”

He said the diocesan committee itself had sought his “advice.” But whatever advice his office would give, “we can’t (widen) our mandate beyond what the CBCP statues and universal law require.”

“As you well know,” Torralba said, “the CBCP episcopal commissions or committees cannot impose or dictate on the bishops. We are at their service. If it’s expert advice they seek we provide all and only what they request.”

Father Torralba expressed pleasure at the decision of Bishop Oliveros.

“It does seem the Malolos diocese aligns itself with the CBCP-PCCHC recommendations,” added Fr. Torralba. ” If I may so so as a canon lawyer, the diocesan bishop acted accordingly; his administrative act is well-placed, the consultation process is finely tuned.”