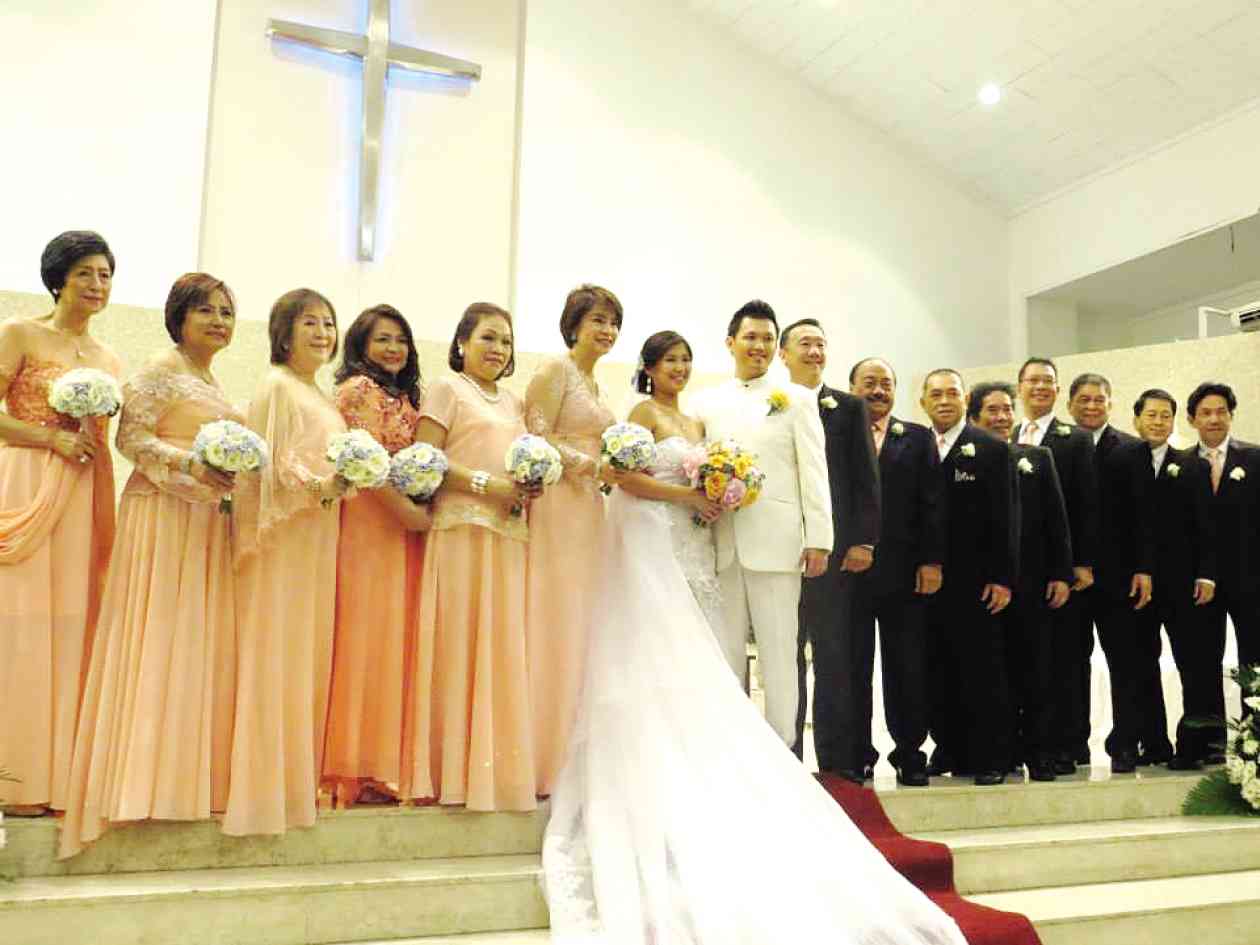 THENEWLYWED with their principal sponsors

Doctors find love despite the cold

Jacqueline is the daughter of José E. Chan and Elizabeth T. Chan while Erikson is the son of Perfecto B. Yap and Isabel L. Yap.

“Our love story must have started way back,” Jacqueline recounted. “We were born in the same hospital (De Los Santos General Hospital in Quezon City), studied Pre Med Biology [he at La Salle, me at Ateneo], and ended up both at UST Med. We almost didn’t get to know each other… but fate has a way of making things work out.

“In 2009, I got accepted for residency training and pediatrics work at the Sinai Children’s Hospital in Chicago. It turned out that Erikson was also working in Chicago but in another hospital. We were introduced to each other by a mutual friend and started hanging out with friends.”

They found they had common interests like running, hiking, extreme sports and food. They also shared the same goals in life. In November 2012, they went on their first date together.

“That started a whole new life, so to speak, for us. Then in May 2014 he proposed during a trip to Alaska with friends. I thought, “What a coincidence; we first dated in Chicago in winter, and now he proposed to me in ice-cold Alaska. Despite the cold, we actually feel that ice had a way of bringing us together and warming our hearts and love for each other.”