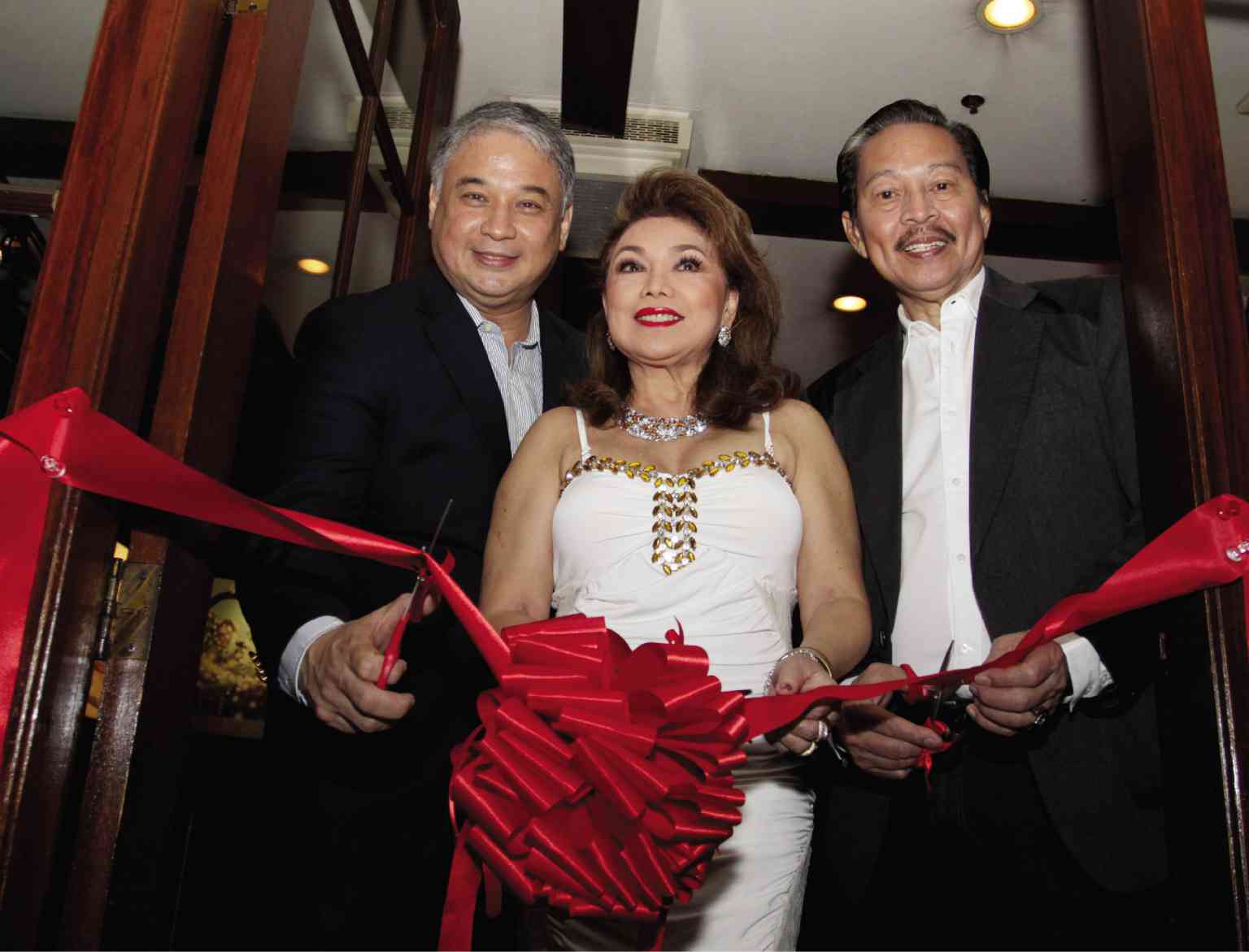 An Italian restaurant is holding its first painting competition, the subjects of which are unconventional: food and ambience.

More than a marketing strategy, Caruso Awards 2015 aims to be in the league of Premio Bagutta, a prestigious annual literary contest that started in a restaurant in Milan, Italy.

For its first tilt, Galerie Astra tapped eight artists who were invited to dine at Caruso for inspiration.

At a corner of the restaurant, their works have been on display with their names concealed for voting purposes. They will be judged by the customers and a panel of judges consisting of printmaker Virgilio Aviado, performance artist Jean Marie Syjuco and painter Rico Lascano.

The winners will be declared on May 28. The Grand Prize winner will receive P35,000.

Mina said that the awards night would include a mini concert with Caruso’s regular guests such as José Mari Chan and McDonalds’ Philippines chair George Yang’s scholars from the Philippine Music Foundation.

During the launch of the exhibit, established artists such as glass sculptor Ramon Orlina, abstractionist Gus Albor and painter Ramon Diaz were surprised by the contestants’ viewpoints.

Aviado observed that the young painters offered a literal approach to Italy, what with images of the Italian lover, the spaghetti made into woman’s skirt, wine bottles, and words such as legante, amore, fresco and bella.

Aviado described their works as close to “post-surrealism,” which means bringing the dreamlike and ambiguous qualities of surrealism into the 21st century.

One painting showed a gondolier boating on a canal of waves of spaghetti, moving toward a bridge made of meat pizza, and against a background of wine-shaped buildings.

Another artist created an abstraction of the venue. Orlina noted the grid in which the artist arranged triangles and squares in warm, vibrant colors and painted Italian words such as alegre.

Then there were striking images of a person carrying a phantasm of the restaurant; lovers canoodling over a spaghetti as if from an Italian art house movie, and a clean abstraction of plates, bottles and food in a restrained color palette.

Diaz and Aviado said that restaurant and food theme was a fresh departure from the predictable subjects and the “usual suspects” in mainstream painting competitions.

Painting about food and restaurant interiors requires imagination and thinking out of the box to produce a work of art, said Aviado. “It’s not just any art, but it’s got to be a cut above the rest.”

Mina said he didn’t want Caruso to be known as a place for artists much like Bagutta. In the early 20th century, writer Riccardo Bacchelli, a patron of Bagutta Ristorante, would hold literary meetings over lunch. Fines were charged to no-shows and latecomers. The collected fines were eventually used to create a literary prize that paid homage to the restaurant.

“Artists need support from every sector to keep on going,” said Albor.