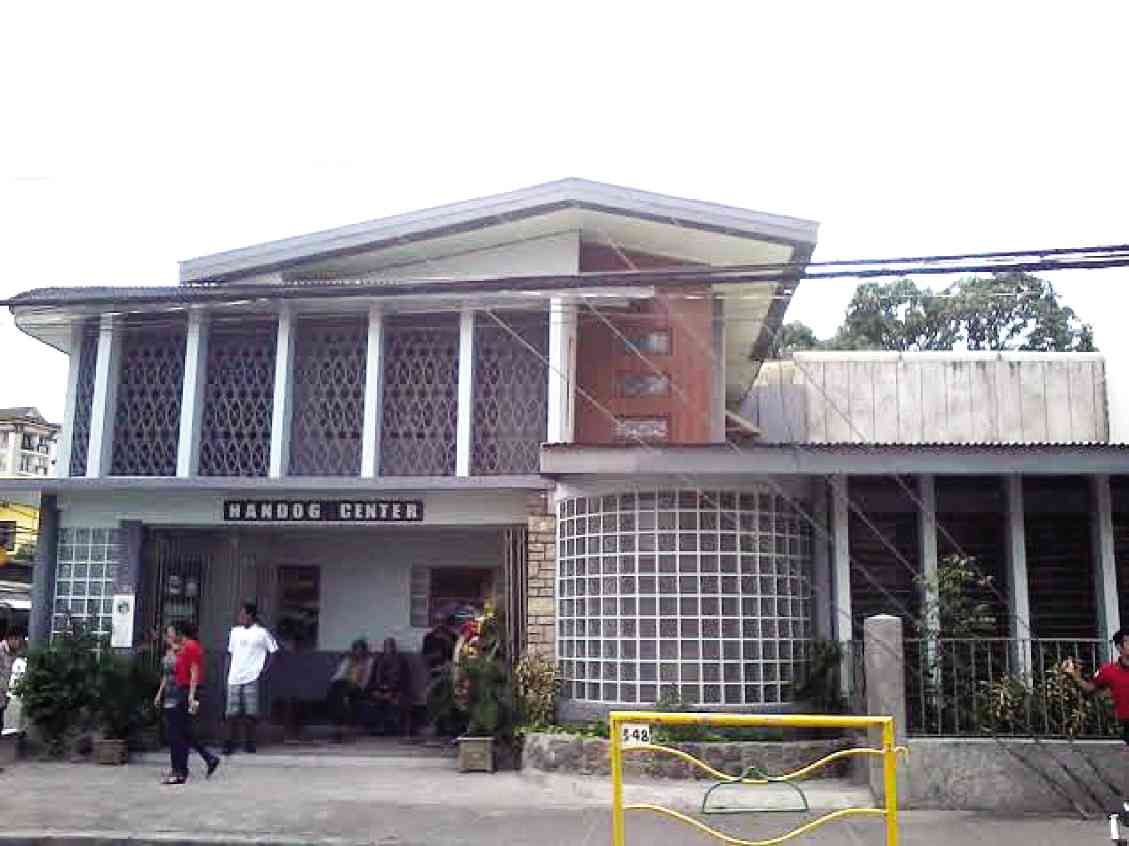 A house possibly designed by the late National Artist for Architecture Leandro Locsin opened its doors recently to the public as a center for creative activities of the local community in Marikina City.

Located on the corner of J.P. Rizal and M.H. del Pilar Streets in Calumpang Village, the house was built in 1953 in the postwar Art Deco style, in the nontraditional asymmetrical, L-plan configuration, by couple GlicerioIgnacio and Fermina Victorino.

It was bought a few years ago by Ligaya Fernando-Amilbangsa, foremost cultural worker promoting Islamic art and conservationist of the Pangalay dance of the Sulu archipelago.

Amilbangsa then meticulously restored the house for a period of a year and five months, starting October 2013. It now houses a number of her ethnographic collections from Sulu. It is named Handog Center.

She envisions the house to be an arts space for the community where artists, teachers and students can use the facility for free in activities such as exhibitions, seminars and workshops. A library was also set up by Amilbangsa inside the house.

During the inauguration of the center, Amilbangsa stressed the importance of heritage conservation amidst several controversial heritage issues hounding the country.

“It should be everybody’s concern,” she said, adding that part of it should be done in schools.

“It is there that we must educate,” she stressed.

Amilbangsa also explained that once a structure was demolished, the identity of the place was also erased.

“If we lose it [heritage structure], we will lose the character of the place,” she said.

The house will also be the new home of Alun Alun Dance Circle (ADC), a group established in 1999 for the conservation of the Pangalay, a pre-Islamic and pre-Spanish dance style from Sulu.

ADC is the resident dance company of Marikina City since 2005.

The event was marked by performances from ADC, a number of guests, and Amilbangsa herself.

“It’s amazing that at least there are people who preserve this kind of art in our society. You can see the breadth of the styles—Indonesian dance, modern dance and the modernizing Pangalay,” said National Artist for Music Ramon Santos, who attended the event.

“So it is alive. That’s what is important,” he added.

Santos said he supported the preservation and continuity of Pangalay dance which is unique to the Sulu archipelago.

“They have young people they trained, so I think this will continue,” he said, adding that he hoped awareness of the distinct dance form would further spread.