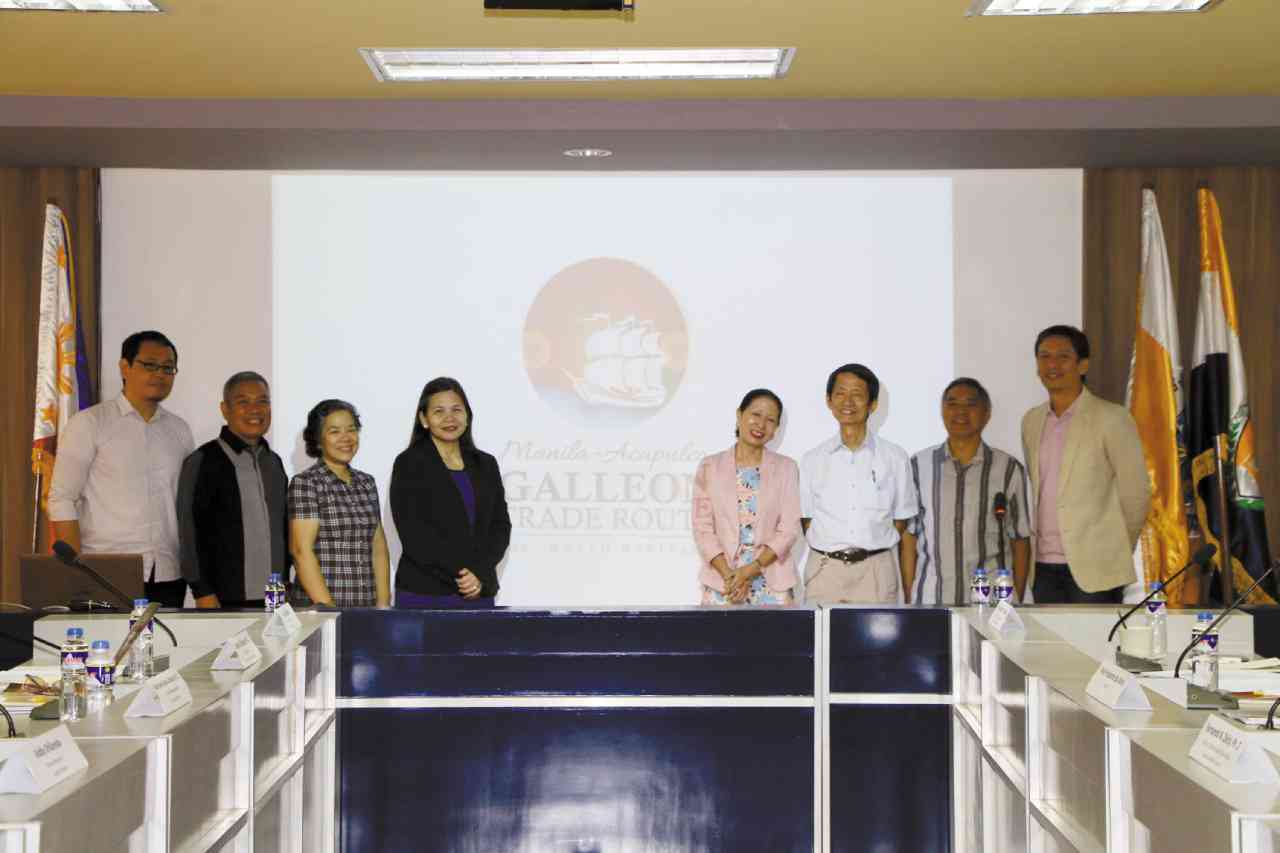 Mexico and the Philippines are teaming up for the transnational nomination of the historic Manila-Acapulco Galleon Trade route to the World Heritage List of the United Nations Educational, Scientific and Cultural Organization (Unesco).

An initial meeting of experts organized by the Unesco National Commission of the Philippines (Unacom) and the Department of Foreign Affairs was held recently at the University of Santo Tomas Graduate School (USTGS), in cooperation with the UST Center for Conservation of Cultural Property and Environment in the Tropics (CCCPET).

The discussions revolved around the cross-cultural and universal contributions of the galleon trade to both countries’ living and cultural traditions.

Among the topics presented include the Spanish colonial shipyards in Sorsogon, by Mary Jane Bolunia of the National Museum (NM); underwater archaeology in the country, by Sheldon Clyde Jago-on, also from NM; influences on textile, by Fernando Zialcita of Ateneo de Manila University; the galleon’s eastward trip from the Philippines to Mexico called tornaviaje, by historian Celestina Boncan; and the historical dimension of the galleon trade focusing on important and rare archival documents, by Regalado Trota José of the UST Archives.

“In the Philippines, galleons left a story of positive acculturation in the kitchen,” she noted.

“By the end of the galleon era, native languages had absorbed some of the introduced terms for cooking procedures and cooking tools,” she added.

Those edibles from around the world that were introduced by the galleon trade are now part of Philippine cooking, she said.

Unacom released a statement during the event, saying the galleon trade was significant because it linked four continents and two oceans and contributed to the development of trade in Asia, Europe and the Americas.

“The galleon trade paved the way for the widest possible exchange of material goods, cultural traditions and practices, knowledge and belief systems and peoples,” it said.

“It established a formidable link between the East and West that would span for some 250 years (1565 to 1815), which can be considered the first manifestation of globalization, influencing politics and philosophy, commerce and the development of trade in most parts of the world.”

The commission also noted that Manila became the center of trade in the Orient due to the galleon trade.

Unacom vice chair for culture Eric Zerrudo said the inscription of the Qhapaq Ñan, Andean Road System in South America and the Tianshan corridor of the Silk Roads in China, Kazakhstan and Kyrgyztan in last year’s World Heritage Convention in Qatar, strengthened Mexico’s position to nominate the galleon route for world heritage.

Zerrudo, who’s also director of the UST-CCPET, said it was Mexico that initiated for the nomination and it was proposed to them by its representatives during the event.

“If they were able to do this, our route was more impressive and it had more world-changing impacts that did not only involve the Philippines but ramified into other countries, that multiplied in terms of culture and civilizations and all of these,” said Zerrudo, quoting the Mexicans.

He said the agreement was sealed when he and Unacom chair for culture Mico Manalo were invited to Mexico by their Mexican counterparts.

Zerrudo said the Department of Foreign Affairs gave the go signal for the project, saying it was “very timely, good gesture to put the Philippines again in the worldwide arena.”

He also said Mexico was doing parallel activities to deepen their studies, and a meeting between representatives of the two countries would happen soon.