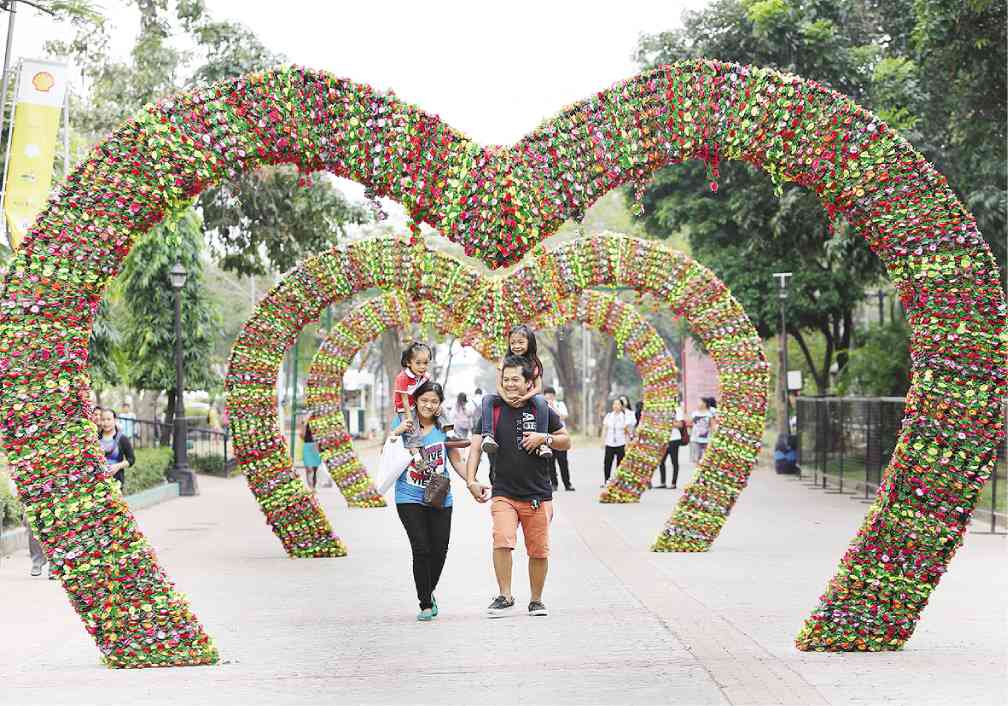 HEART OF HEARTS A family walks past an installation of a series of big hearts at Rizal Park in Manila on the eve of Valentine’s Day, when lovers are drawn to the historical urban park, a favorite leisure spot for lovers and other strangers. JOAN BONDOC

Based on a 2008 study, at least 30.4 percent of Filipino women suffer from cardiovascular diseases such as hypertensive heart disease, aortic aneurysms, ischemic heart disease and stroke.

Takotsubo cardiomyopathy, or stress cardiomyopathy in medical parlance, mimics the symptoms of a heart attack and is usually triggered by stressful events such as a painful breakup, romantic rejection, loss of a loved one or a family crisis.

“Yes, heartbreak has an effect on the heart. Takotsubo heart disease has been reported and is reportable but it accounts for a smaller percentage of heart disease among women,” Dy said at a health forum in Quezon City.

The condition was first discovered in the 1990s in Japan, where researchers observed that sufferers, mostly women, had an enlarged heart that looked like a fishing pot used to trap octopus known as takotsubo.

“There are special tests to look at it…when an angiogram is negative for blockage, we send them to cardiac MRI and we were able to get takotsubo,” the cardiologist, also the head assistant medical director for medical education at SLMC, told the Inquirer in an interview.

Experts here and abroad who have studied the condition explained that the combination of intense grief and stress can trigger a surge of stress hormones in the body, causing temporary damage to the heart.

The heart of a patient with “broken heart syndrome” temporarily enlarges and may not pump well even if there is no blockage in the blood flow in the coronary arteries.

The good news is that most cases are reversible after days or weeks of treatment, said Dy. “We treat patients with this condition as we would patients who had a heart attack.”

The standard medications given include nitrates to increase blood flow, beta blockers to slow down the heart rate and lower blood pressure and anti-platelet drugs to reduce the risk of clots forming in the blood, she said.

But some cases result in heart failure, which could be fatal, she said. “The condition may not be permanent but since it could weaken the heart muscle, it can cause heart failure,” she added.

Dy warned that women had an increased risk of heart disease once they near menopause, when they start to “lose the protective benefit of estrogen.”