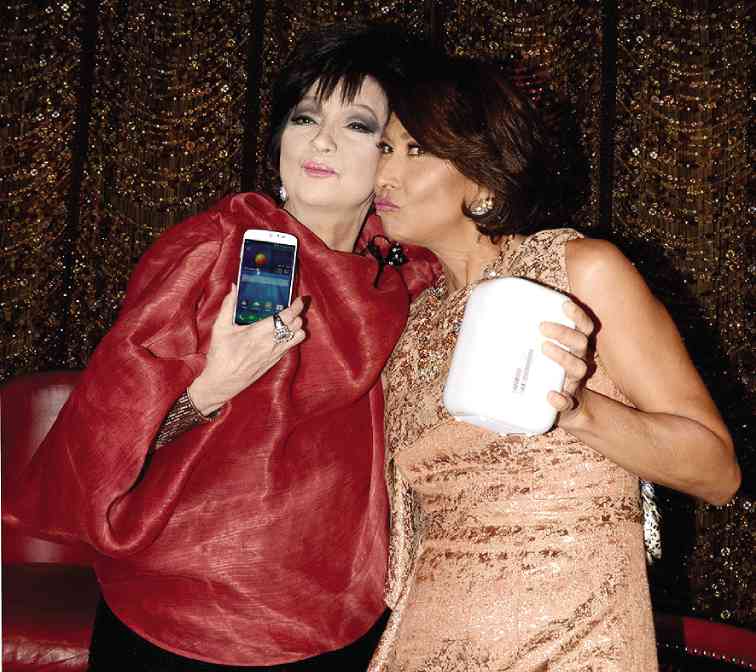 Restaurant owner Christine San Diego recently celebrated her birthday with an intimate gathering of close pals at The Peninsula Manila.

Two weeks later, Christine, who owns Juicer Bar and Restaurant, threw another fabulous bash at Valkyrie at the Palace. The affair was a joint celebration with fellow Aries JM Rodriguez, who’s also part owner of the club.

The swinging event was sponsored by the bubbly Möet & Chandon and Belvedere, which, together with the music of DJ Seraphin fueled everyone’s adrenaline to unlimited heights making the bash last till 6 a.m.

Now that’s what I call a cool, unforgettable birthday party, dahlings. After all, the party fell on Valkyrie’s signature Wednesday night event, aptly titled “Nothing Is Impossible.”

Acer Philippines held a chic launch at the upscale club Salon de Ning in The Peninsula Manila to formally announce the arrival of the Acer Premium line, which was first previewed in the #PowerLook campaign.

The campaign featured movie-star villains Cherie Gil and Celia Rodriguez, no less. The campaign banked on the two women’s iconic image in the movies as strong, ruthless women.

“In the Philippines, Acer is known for its low-mid options,” said Manuel Wong, managing director of Acer Philippines. “But this year, we become more than that—lifestyles are changing… as cell phones, laptops, and tablets are becoming fashionable accessories that allow us to interface with the rest of the world in many different ways.”

At Salon de Ning, Acer displayed its premium gadgets, from phones to tablets, desktops and laptops, and even 2-in-1s, which transformed from laptop to tablet with a simple flip.

The event was hosted by actor-model Will Devaughn in front of an audience of lifestyle and tech-savvy personalities, with product managers chatting with the invitees about the performance and quality of each of the products under Acer Premium.

The fun end was the question-and-answer portion, in which the Acer team was joined by the two actresses, who contributed their own insights on technology’s role in creativity, and their thoughts on the future of technology.

Acer first entered the Philippine market in 2003, managing the market, sales and support services for a full range of personal computer systems.

De Venecia spoke at the launch of British India’s summer collection, which featured opulent pastel threads and embellishments for apparel for men and women.

British India celebrated its VIP Day at Shangri-La Plaza’s East wing, where such low-profile namedroppables, such as Virginia Lim, Regina Lacson, Connie Lim, Jeong Bang and others too shy to be photographed, had a great time shopping.

Partner in the event was Vita Coco, “the hydrator made without added sugars,” explained Richard Santos. But who else, n’est ces pas?