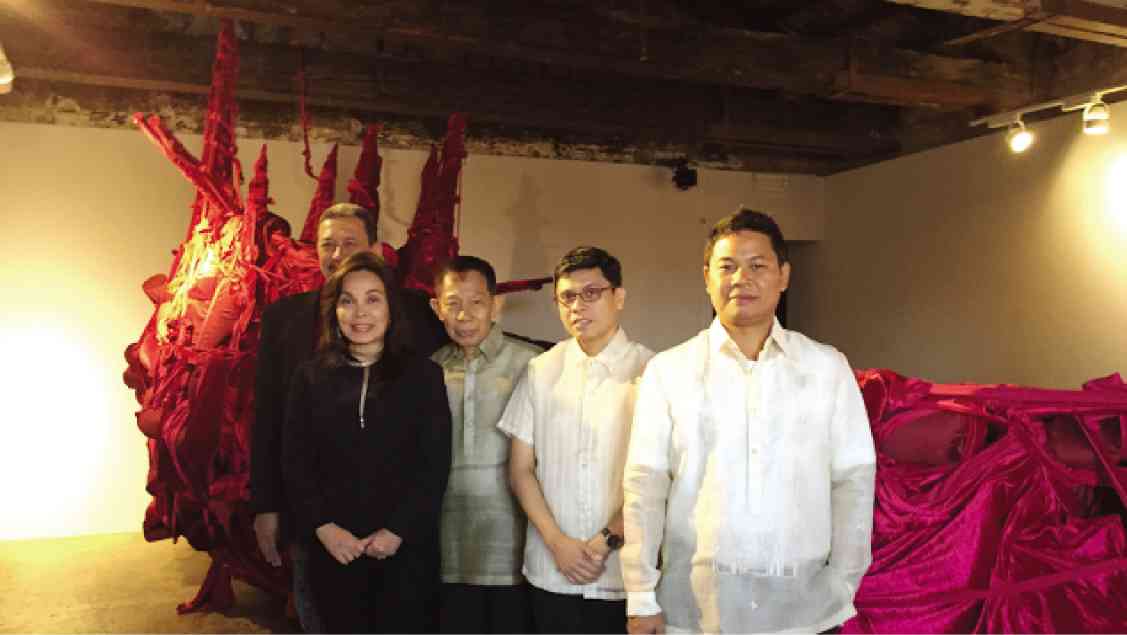 The Philippine pavilion’s inclusion in four lists of must-see venues in the 56th Venice Art Biennale could be considered the warm welcome extended by the global arts scene that has sorely missed the country’s presence in major international forums.

Art Radar Journal, described as an independent online news source on contemporary art across Asia, included the Philippine exhibit, housed in historic Palazzo Mora, among its “10 Pavilions To See” at the biennale.

It said that the Philippine pavilion, with the theme “Tie A String Around The World,” is considered one of the “10 national highlights” that stand out among entries from Asia-Pacific, Africa and the Middle East.

Other countries that earned this distinction from the Journal are Egypt, Israel, Singapore, Japan, South Korea, Indonesia, Georgia, Mongolia and China.

Meanwhile, the Australia-based Visual Arts Hub, which caters to professionals working in the arts, also listed the Philippine pavilion in its separate lineup of venues not to be missed in the Venice art fest that runs until November.

Last week, the Inquirer reported that the Philippine pavilion was named in two lists issued separately by art auction house Christie’s and the UK-based The Artists Information Company.

This year’s biennale theme is “All The World’s Futures,” curated by Okwui Enwezor, an art critic, editor and writer.

The Philippine pavilion held its vernissage or formal opening on May 8 in Venice, with the Philippines’ diplomatic missions in Europe making a strong presence.

“Tie A String Around The World” was the curatorial theme proposed by Patrick D. Flores, professor at the Department of Art Studies of the University of the Philippines (UP) Diliman.

Flores, also the incumbent curator of the Vargas Museum of UP Diliman, noted that “Genghis Khan” was shown in the 1952 Venice Film Festival, adding that its return to the European city should be considered “a trajectory into the very idea of Venice as the place that first recognized the country through the moving image.”

Ruiz told Inquirer Lifestyle he wants “Shoal” to be a reflection of the Filipino identity—with the velvet associated with religiosity and the Señor Nazareno; the ship’s chaotic setup with the similar state of Philippine politics; and hidden pillows under velvet as secrets or “tumors” that plague the Filipino.

Montelibano’s contribution is a 20-minute, three-channel video called “A Dashed Line” that depicts simple life in a coastal barangay on the southern tip of Palawan, where radio signals from nearby Chinese warships intrude into local radio units.

Montelibano said the bucolic atmosphere played against intrusive radio signals is deliberate. He wants to show “threats” to the area that the residents seem blissfully unaware of.

Flores said “Tie A String Around the World” was a quote taken from “Genghis Khan”—as a young soldier, the protagonist vowed to offer to his beloved all the territories he would conquer.

“The film is the pivot around which the pavilion turns,” the curator explained.

He said Ruiz’s sculpture and Montelibano’s video are “coordinated” to show the “history of the formation of this world and the state under which it is forming at the present time.”

The Philippines’ first participation in the Venice Biennale took place in 1964 with the Art Association of the Philippines raising private funds to send over the works of painter and multimedia artist Jose Joya and sculptor Napoleon V. Abueva.

This year the Philippines’ participation is a joint effort of the National Commission for Culture and the Arts, Department of Foreign Affairs, Department of Tourism, Tourism Promotions Board, and Legarda’s office.

The current Philippine pavilion never lacked visitors at the time of Inquirer Lifestyle’s visit, despite its location on the third level of a centuries-old building without an elevator.

“The attention the Philippine pavilion has been receiving proves the country’s curators’ and artists’ readiness to be part of the global contemporary art scene,” Legarda noted in a statement.

She added that Philippine contemporary art is “vibrant and attuned to global developments. What it needs is a sustained effort to provide platforms so that it could further widen its perspective and interact more briskly with surrounding impulses.”

NCCA chair Felipe de Leon Jr., who joined Legarda and four others during the selection of Flores as pavilion curator, was present at the vernissage.