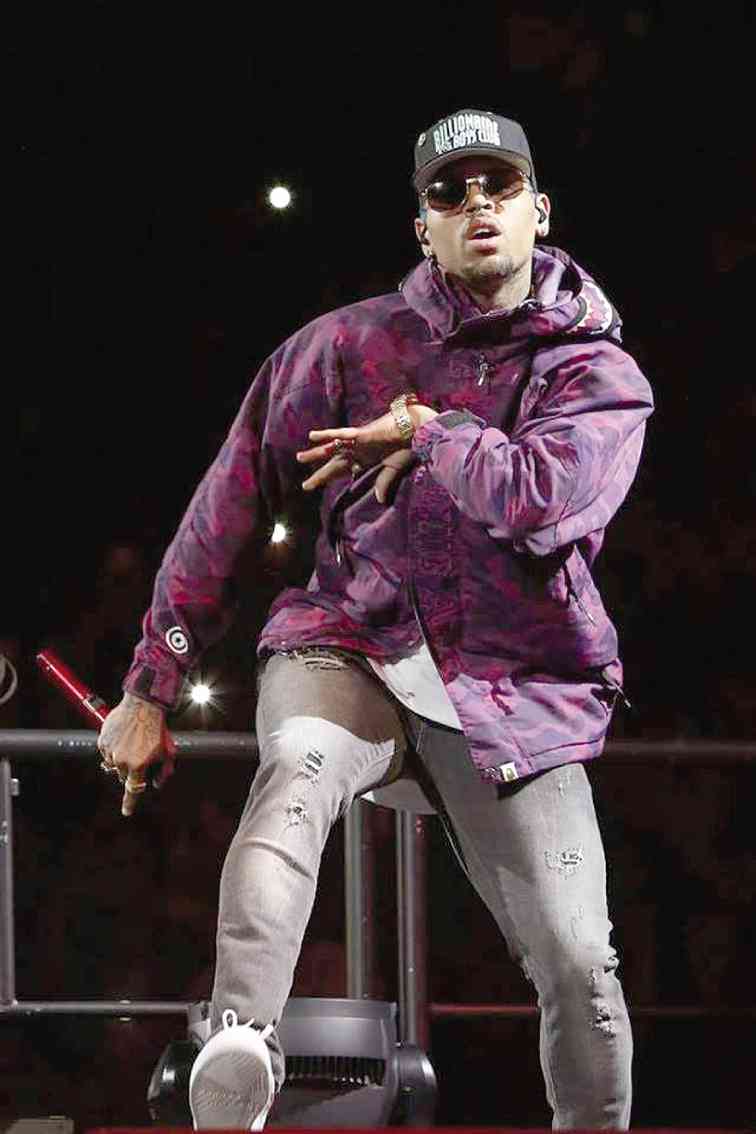 Our breaking news (Chris Brown to perform July 21 at MOA Arena, Inquirer.net, May 27) is a welcome development for fans of the Grammy-winning R&B singer-songwriter—who got bad press when he failed last year to show up at a New Year’s Eve countdown concert in the then newly built Philippine Arena.

Whatever the reason for his failure to perform in that year-ender gig is now immaterial since Brown is set to fulfill his promise of doing a full-length show instead on July 21 at Mall of Asia (MOA) Arena.

In hindsight, Brown’s no-show at the New Year’s Eve concert in Philippine Arena was bound to happen, primarily because he was out of place in that event which was a virtual variety show of local pop singers.

In any case, his coming MOA concert should be interesting enough—he has a load of hit songs, not to mention awesome dancing skills—even to those who might watch him for the first time.

Come to think of it, Brown hasn’t really done a proper concert in Manila; the first time he came here was in 2008 as an opening act for Rihanna.

Speaking of first time, it was quite an experience to see what the Philippine Sports Stadium looks like—during the Maligaya Summer Blast festival, a two-day event that featured a carnival and job fair at the Ciudad de Victoria grounds and concert for two nights (May 29-30) at the stadium.

The Philippine Sports Stadium, which sits beside the Philippine Arena, is the second “largest” venue built inside Ciudad de Victoria in Bulacan province—meaning the stadium, primarily a football and track and field site, is said to be the largest of its kind in the Philippines with a seating capacity of about 25,000.

But walking around it while South Border was playing last May 30, we could assume that 50,000 or more people could fit in the stadium, including of course, the grassy center field—which is very ideal for concerts where the audience can sit or lie down when tired of standing.

Now that’s a venue that U2 would like to perform in.

The recent “British Invasion 50th Anniversary” gig at the Newport Performing Arts Theater in Resorts World Manila (RWM) was significant in the sense that no matter how old the featured bands, at least one had members who were still as wild as they were at their peak in the 1960s.

Watching The Troggs’ original lead guitarist Chris Britton crank it up like a teenaged rock star was astounding; his solos on the band’s signature hit, “Wild Thing,” soared the heights of heavy metal glory.

On the other hand, The Animals growled with ferocity even without lead singer Eric Burdon, whose shoes were ably filled by vocalist/guitarist Danny Handley. There was also keyboardist Mick Gallagher, who replaced The Animals’ Alan Price in 1965, and whose credits include stints as a member of Ian Dury and the Blockheads, as well as a session musician in The Clash’s “London Calling” and “Sandinista!” albums.

We’ll let you know of what the nightlife looks like at RWM soon.