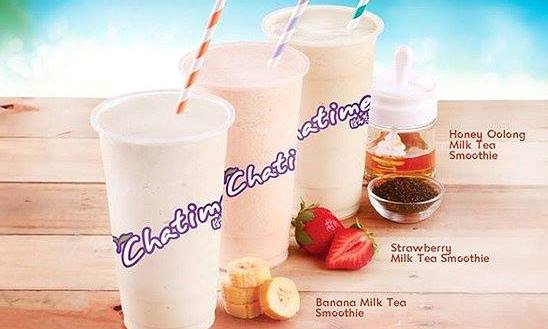 Only real tea and fruits. None of the artificial-flavored syrups and powders. A great formula for bubble tea?

Not for Johnlu Koa, founder and CEO of The French Baker and owner of the Philippines’ master franchise of Chatime, a Taiwanese brand of tea-based beverages.

With over two decades of experience in the food business, Koa knew better than to rush Chatime’s first store when he acquired the franchise four years ago. He waited out the competition, using the time lag to figure out how best to serve the products and the ideal place to set up shop.

Chatime opened big-time, said Koa, when it introduced a lounge-like nook inside a mall. The franchise is expected to reach 50 stores before yearend.

Chatime has also become top of mind on tea-based refreshments because of its competitive rates (10 percent lower than major local brands, said Koa), accessibility, and an awareness of the quality attached to the name.

It would be the beachfront’s first milk tea place that offers drinks infused with fresh fruits, said Michael Koa, one of the French Baker boss’ entrepreneur-nephews helping expand and operate Chatime Philippines.

Other shops, he added, would serve only the syrup- or powder-based variety.

Johnlu Koa and his team hosted three days of events and activities on the island paradise to celebrate a milestone—100 million Chatime cups sold in the Southeast Asian region alone.

The main event featured a beachfront dinner buffet of at least five food stations. To cap off the night, Chatime presented a P200,000 check to be donated to SM Foundation’s rehabilitation project for victims of Supertyphoon “Yolanda.”

In an interview, Koa said: “Tea is a natural product made from an infusion of dried leaves, which are susceptible to temperature and UV heat. So you have to be very careful [handling tea]. [Also consider] the amount, quantity, infusion time, or how long to steep the tea, as well as water temperature. These factors ensure the tea can be had with the same taste all the time.”

All of his efforts, not to mention The French Baker’s track record, were not lost on the Chatime principals who had given him a free hand in creating new products for the local menu.

Koa looks forward to sharing the new concoctions with regional counterparts: “What is local could be the new global …  someday we can share best practices with Asean member countries.”