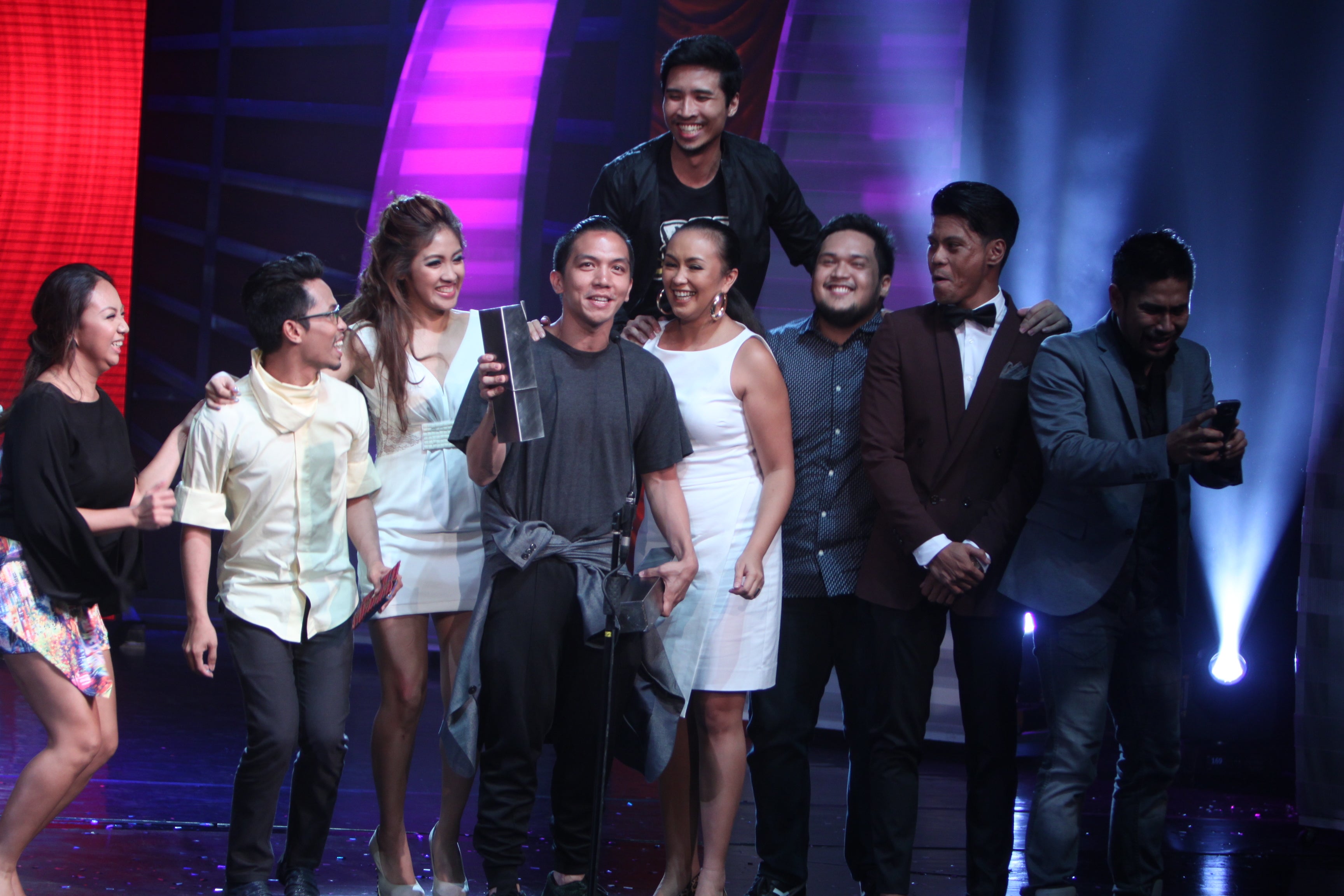 Legacy and family front and center at the 7th Gawad Buhay!

If there is one thing previous Gawad Buhay! ceremonies had shown, it’s that the local theater community appears to have become a stronger, more well-knit family.

Granted that the award-giving body honors and recognizes only the merits of productions staged by member-companies of theater association Philstage, but that membership already encompasses the most established institutions in the industry, and their annual output does indicate that the art is ably represented, at least in the National Capital Region.

The 2014 Philstage Awards for the Performing Arts held at the Cultural Center of the Philippines (CCP) last week was the seventh such event, and everyone who participated, from the organizers to the presenters to the members of the audience, knew their paces by now.

The “inside” jokes were aplenty. Aside from allusions to good actors who either never seem to get nominated or who couldn’t keep their acceptance speeches short, the apparently unending running time of Dalanghita Productions’ “Kung Paano Ako Naging Leading Lady” was a favorite. Then there was the penchant of 9 Works Theatrical’s founder, Robbie Guevara (also the director of the awards ceremonies), to post on his social media site the standing ovations his recent production of “La Cage aux Folles” would get come curtain call.

Host Topper Fabregas, with his natural charm plus his ability to improvise even if it meant a little bit of self-deprecation, kept things light and peppy. His many costume changes, meant to showcase the productions that had been nominated for Best Costume Design, turned from simple gags into crafty, if well-meaning, digs at the challenges that have always faced the community, from wardrobe that smelled old and musty because they were, well, old and musty.

Fabregas also caught the few if noticeable mishaps on stage, making light of them, smoothly moving them along. Among these were the premature announcement of the first Natatanging Gawad Buhay! Awardee (the revered founder of the 60-year-old Dulaang Sibol, Onofre Pagsanghan), as well as when the best original productions were nearly overlooked when Philstage president Audie Gemora and CCP artistic director Chris Millado bid goodbye to the audience in their joint speech and almost sent everyone home before the final set of awards.

In other awards ceremonies, those miscues would have been awkward, but in an event that felt like a community celebration, they ended up forgivable and quite humorous, along with typical ribbing about the perennial financial and production constraints of doing local theater. To paraphrase Gemora, the association and its practitioners may have a lot of “love, but not enough of a budget.”

One aspect that did show through the festive atmosphere was how members of one company would perform or direct in another—a cross-pollination that would not have been possible in years past with more rigid divisions between the English-language and Filipino-theater companies. But now, as one recipient put it, tongue firmly in cheek, the disappearance of the old boundaries has led to an almost “incestuous” family of artists.

But neither was the old guard forgotten. Millado, recipient of the directing prize for “August: Osage County,” expressed his gratitude to Rep’s founders, the late Zeneida Amador, and Baby Barredo who could not make it that night. When it was time to honor Pagsanghan, playwright Paul Dumol in his tribute also made mention of another Dulaang Sibol peer, Nonon Padilla.

This familial theme became the running thread of the evening, a celebration of the many generations that have made Philippine theater what it is today. Legacy was honored and paid tribute to several times during the night, but without the ceremonies freezing into stiff formality.

Still, when the more serious moments of the show came, those present knew when to hold the humor in and turn aptly reverent. The more moving highlights of the night were the tributes paid to theater’s pioneers. Aside from Pagsanghan, who, through Dulaang Sibol, broke ground with his pioneering use of Filipino and local themes for campus theater at a time when Shakespeare, Shaw and Sophocles were the standards, Amelia Lapeña-Bonifacio was also honored with a Natatanging Gawad Buhay! for lifetime achievement.

The founder of Teatrong Mulat ng Pilipinas helped raise audience appreciation for puppetry and children’s theater, and made use of Asian stories and settings in an era dominated by American popular culture. On hand to present the award were Bonifacio’s former students, Bibeth Orteza and Dennis Marasigan, celebrated artists in their own right, and who have been growing their own generation of students.

In the 7th Gawad Buhay!, Philstage went beyond the all-too-obvious family connections to strengthen the linkages with forebears, in order to secure the future for their artistic descendants. The shows will go on—and the adventure of Philippine theater continues.