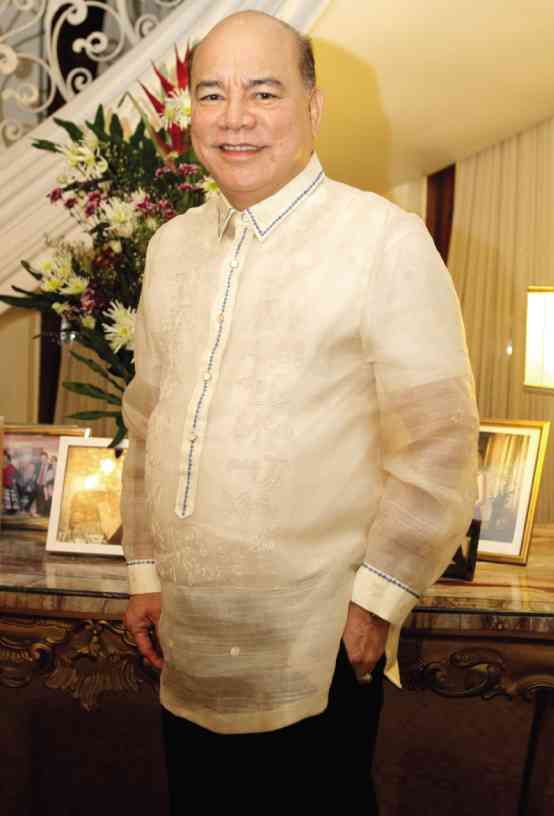 Recognized for his diplomatic service, former Philippine Ambassador to Italy Virgilio A. Reyes Jr. was conferred the  Order of the Star of Italy (Ufficiale nell’Ordine Della Stella d’Italia) by the Italian government.

The equivalent of a knighthood, it recognizes the service of expatriates and foreigners who have promoted national prestige.

“This didn’t come as a recommendation from the embassy. The President himself decided to give this award,” said Italian Ambassador Massimo Roscigno.

Held at the embassy  residence, the ceremony  coincided with the 10th anniversary celebration of the cultural institution Società Dante Alighieri Manila (SDA).

The event was attended by the society’s members and officers, and Reyes’ immediate family and Ateneo buddies—former Ambassador Rey Carandang and lawyer Tito Tesoro, Deanna Ongpin-Recto of the Asian Cultural Council and Gemma Cruz-Araneta of the Heritage Conservation Society, of which Reyes is a member.

Reyes’ posting in Italy was the climax of  his 35-year diplomatic career. He began his foreign assignment with the United Nations headquarters in New York and ended it in Italy, which has the largest Filipino population (over 200,000) in Europe.

The Philippine diplomatic mission opened new offices in Sardinia, Naples and Sicily aside from Florence and Reggio Calabria to better serve them.

Another highlight of his last posting was to bring home 296 Filipino seamen and workers who were on the cruise ship Costa Concordia. In 2012, the cruise ship hit an underwater rock obstruction off Tuscany. Although majority were evacuated, 32 perished in the tragedy.  Fortunately, every Filipino on board was saved.

In 2012, Reyes assisted in the general meeting in Rome of the European Network of Filipino Diaspora (Enfid), a network of Filipinos in the continent. The meeting resulted in the Roman Declaration, which states that Enfid is tasked to promote Philippine culture, unite Filipinos and educate them on their rights.

As a representative to the World Food Production and Food and Agriculture Organization, Reyes arranged the visits of the top officials to Leyte in the aftermath of Supertyphoon “Yolanda.”

A lot to write about

Now retired, Reyes, 65,  plans to cultivate a small farm in Tiaong, Quezon, and be active in heritage conservation. He is one of the few Asian representatives to the International Center for the Study of the Preservation and Restoration of Cultural Property.  He said the  director-general, Stefano de Caro, visited Bohol to determine how the old churches that were damaged by the earthquake could be restored.

Recalling the course of his career,  Reyes saw how the post-apartheid South Africa had adjusted to a new constitution, witnessed the release of leader Aung San Suu Kyi in Myanmar, and compared former Spanish colonies Chile and Mexico with the Philippines.

During his posting in Rome, Reyes met three prime ministers who were elected successively.

“The Italian civil service is very professional. They are able to switch governments without a problem,” he said.

Reyes was able to  meet Popes Benedict and Francis.

“I’ve got a lot of things to write about,” he said.

On receiving his award, the envoy explained to the guests reasons for learning Italian: “First, no Pope can be elected if he doesn’t speak Italian. Our Cardinal [Luis Antonio Tagle] speaks it very well.”

He added that Italian is also the language of cuisine, music and romance.

It has since taught the Italian language to 1,500 students, given Italian Language Proficiency certificates, translated over 50,000 documents and  hosted over 30 special events. Plans are afoot to organize tours to Italy, and to launch online Italian language courses and translation services.

In his speech, Roscigno underscored the SDA’s importance. “As the institution that is officially in charge of the promotion of the Italian culture and language around the world, SDA is the natural partner of our embassies and an important partner of the Sistema Italia, the network of public and private institutions that is bound to promote Italy, foremost, the culture.”

Roscigno pointed out that culture is in Italy’s DNA.  He said the Philippines is a fertile ground for Italian culture because there are similarities with Italy that make it easy for the two countries to understand each other. 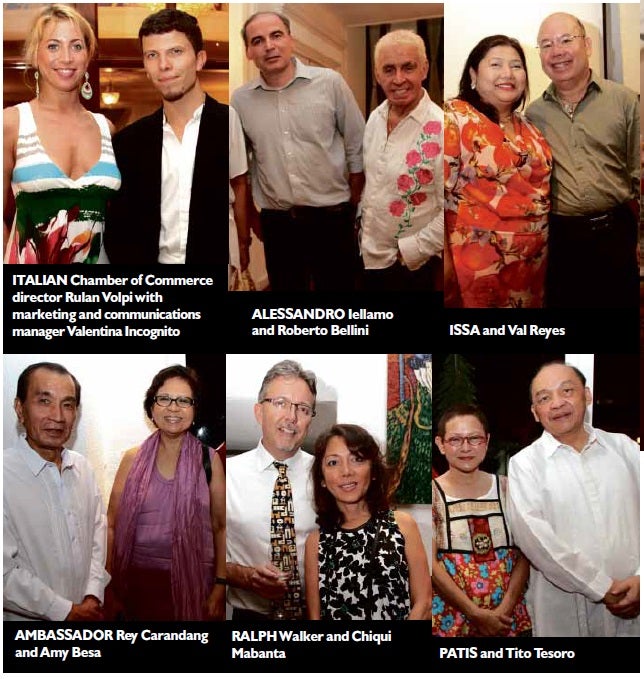