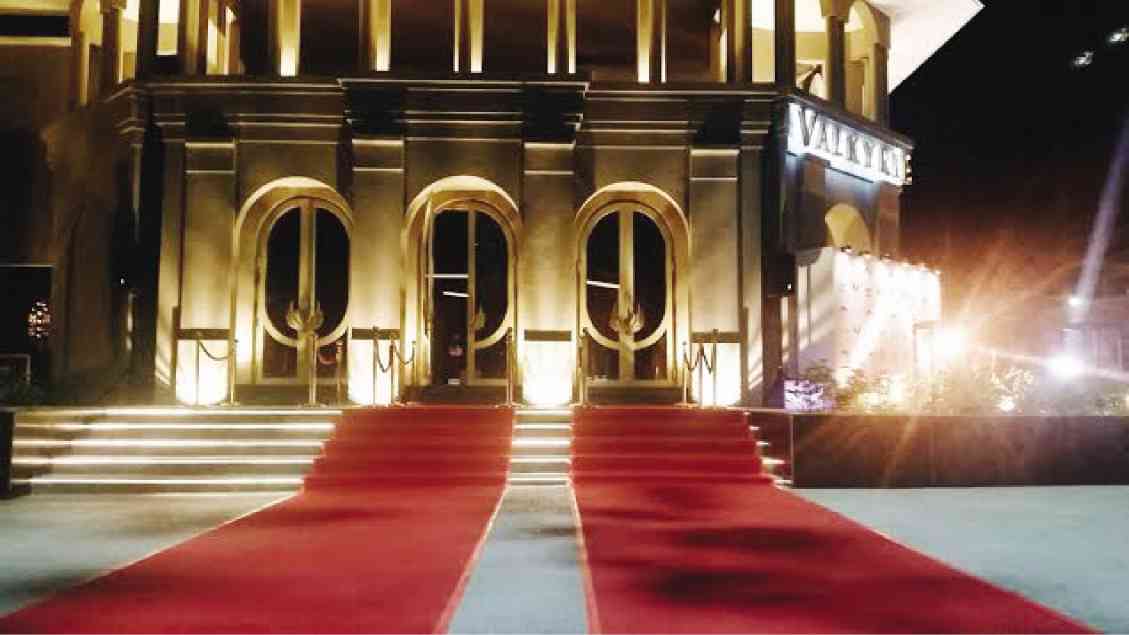 A high-end nightclub that refused entry to a transgender fashion designer had issued an apology after stirring outrage from celebrity circles for the discriminatory act.

Ironically, one of the Valkyrie club’s owners, popular comedian Vice Ganda, is himself openly gay and had threatened to pull out his “very small share” in the wake of the incident.

In its statement released on Tuesday, the Valkyrie management apologized for refusing entry to international fashion designer Veejay Floresca earlier this month and said they do not discriminate against “transwomen and transgender individuals.”

The statement added: “The club does not refuse entry on the basis of an individual’s sexual orientation. The club has, on many previous occasions, welcomed transgender guests into its premises” and that its security personnel “were merely adhering to … safety policies and guidelines.”

Stressing that Valkyrie Nightclub and The Palace Pool Club are “private establishments,” the statement said the clubs “reserve the right to determine who will be permitted entry into their premises.”

But Floresca, a fashion designer whose work has received acclaim in Japan, China, the United States and Britain, said she was barred from Valkyrie on June 12, with a bouncer telling her that “cross-dressers are not allowed.”

On June 20, she tried to enter another uptown establishment, Pool Palace Club, owned by the same company, but was again blocked by a bouncer who questioned her California ID card, identifying her as a woman.

“No, you are still a man,” she quoted the bouncer as saying. However, a woman at the club intervened and got her inside, Floresca added.

The incidents touched off a firestorm with many accusing the management of discrimination.

Ganda (Jose Marie Viceral in real life) tweeted: “The ‘No Crossdressing Policy’ in any establishment is so THIRD WORLD. If Valkyrie implements this crap, I will pull out my very small share.”

In another tweet, he said: “To all members of the LGBT community: I AM ONE OF YOU AND I AM ONE WITH YOU.”

TV talk show host Boy Abunda, who is also openly gay, expressed support for Floresca as well. “Whether you are a cross-dresser or a transgender woman… you still have rights,” he said.

The management said the clubs’ personnel were only enforcing a policy to deny entry to people whom they doubt is presenting an authentic identification card, the statement said.

“Club management recognizes, however, that it may be necessary to provide further training to its staff to ensure that they are better able to communicate the club’s guidelines and policies to its patrons in

order to avoid misunderstanding in the future,” it added.

The Philippines, which has a largely Catholic and conservative population, does not have a law forbidding discrimination against gays and transgender individuals and does not recognize same-sex marriage.

But a USAID study in 2014 indicated that “Filipinos are generally accepting of LGBT (lesbian, gay, bisexual and transgender) people,” with some local communities passing ordinances that bar discrimination against them.

Another transgender female, Trixie Maristela recounted how she was similarly refused entry at Valkyrie on June 13, and said the incident showed that the “struggle” of the LGBT community in the country was “very real.”

Although her friends were allowed entry, Maristela could not get in because the lady guard saw her license identifying her as a male.

“She said there was a dress code: males were not allowed to use open shoes, and they were supposed to wear polo and pants,” Maristela said, recalling that she wore a neon green dress and open shoes with heels at that time.

A man who identified himself as security head Rolly Palanca approached them and also told Maristela that she was a male, based on her ID.

“Imagine, I only wanted to have fun. Why did I have to beg for them to allow me to enter?” the transgender said in a phone interview on Wednesday.

When Maristela told the security personnel that she was not refused entry on previous times, she was told that it was possibly because she had a VIP reservation at the club on those times.

The answer infuriated her even more since it showed that “if one had money, the (club) can bend their so-called rules,” Maristela said

She wound up paying for a P15,000 VIP table at an adjacent club, Pool Palace, which Maristela said, has the same owners.

“Actually I spent more than P15,000 because I invited some of my other friends as well. I paid only because I wanted to show up (Valkyrie), make them realize that we can get in if we have money,” she said.

According to Maristela, the incident showed that the LGBT community continues to face real problems that “for the longest time were ignored” by society.

“The prejudice is still prevalent,” she said, adding that the incident had inspired her to speak up more about LGBT issues and to educate people about how to treat them “without (making) judgments.”

For a start, she and the Valkyrie management will sit down for a dialogue on June 29, Maristela said.

“I’m still giving them the benefit of the doubt because maybe there was only a wrong interpretation of the rules (on the part of their security),” said the LGBT spokesperson, who won the Miss Gay Manila pageant recently. Reports from AFP and Kristine Felisse Mangunay

Valkyrie at The Palace: It’s ‘it’ for now