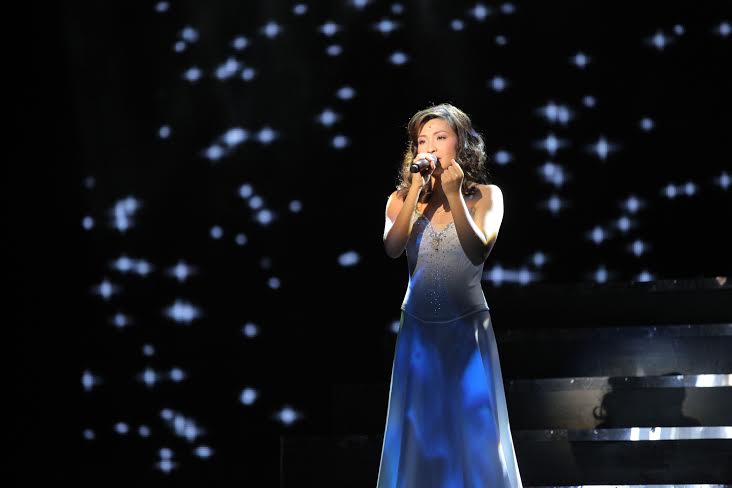 The most famous line of  the 1985 Emmanuel Borlaza film, “Bituin Walang Ningning”—that one about being a second-rate, trying-hard copycat, followed by water doused on a rival’s face—has remained indelible, even after three decades, because it mirrors a powerful sentiment Filipino audiences look for in their entertainment fare: the triumph of the downtrodden.

The warmhearted, innocent do-gooder (Sharon Cuneta as Dorina) will always win against her cold, calculating, ruthless enemy (Cherie Gil as Lavinia). Eventually, the heroine takes the moral high ground, reverts to her kind nature and forgives her foe.

More — though poor girl wins against rich contravida, she ultimately turns her back on the dog-eat-dog world of show biz to be with her true love (Christopher de Leon as Nico). Her adoring public, meanwhile, applauds her martyrdom.

Hokey and simplistic as this sentiment may seem, its straightforward telling in the original film and the earnest performance by its leads are what give “Bituing Walang Ningning” its lasting charm and iconic status in show biz history. And it is that  heart of the movie that audiences would want to see and relive in any reimagining, from the 2006 teleserye to the musical theater production now playing at Resorts World Manila.

A large part of the success of a musical based on this material would depend on the rendition of the now-famous songs from the movie soundtrack (and then some).

The leads and supporting actors in “Bituin Walang Ningning: The Musical,” produced by  Full House Theater Company and Viva Communications Inc., deliver when it comes to the musical numbers, which feature the classic hits of songwriter Willy Cruz.

Mark Bautista and Cris Villonco are proven performers when it comes to song-and-dance. Ronnie Liang’s soulful pipes lend him credibility as the rising composer/singer Garry (Joel Torre in the film). And new discovery Monica Cuenco as the heroine Dorina hits those notes right and puts her heart and soul into the music in a way that allows her to come out of the megastar’s shadow.

Director and scriptwriter Freddie Santos removes the fourth wall in certain scenes to help the artists engage their live audience. It’s one way by which the musical attempts to transport the audience to a far simpler world 30 years ago when show biz was less complicated—when a handful of celebrity scribes had a corner on how the public opinion could turn, for instance, or when a couple of earnest, hardworking guys with a recording studio (but without a TV network) could produce a brand-new bona fide star.

However, the challenge facing any production recreating a bygone era is quite complex: how to keep the material true to its roots while also making it relevant to today’s audiences. That’s how new iterations of Shakespeare, or other “dated” material such as “Noli Me Tangere” or the rock and roll musical “Grease” succeed and connect with every new generation of viewers.

Failing to strike that balance, the material runs the risk of remaining a pleasant but ultimately ineffective curiosity piece—retro and outdated, one that could leave audiences Googling for history or digging into their memory banks to be able to emotionally and intellectually connect with the piece.

This “Bituin” staging can leave its audience befuddled, simply because the script does not connect the emotional dots. Perhaps its creators banked on the perceived familiarity of the original movie and the subsequent teleserye to carry audiences through the plot developments. But dazzling song numbers and even the chemistry among some of the leads cannot overcome the weak plot points. (Spoiler alert.)

The movie made it clear that Nico’s motivation where Dorina was concerned changed, from a desire to use her against Lavinia to genuine admiration and love. After all, this was one of the film’s dramatic hooks. It also paved the way for his decision to quit the business later on.

The play never gets to establish that conflict or engage us in the transformation. Onstage, Nico’s changing feelings for Dorina are never really explored, and get mentioned only near the end. Ditto with his confession that he is just a provinciano’s son whose first passion is to compose and make music.

The supposed ruthlessness of the show biz industry that compels Dorina to quit is also given short shrift. The audience, exposed to more outlandish controversies surrounding the lives of reality stars nowadays, might well find themselves asking what the crying and shouting are all about.

In the movie, by the time Sharon Cuneta’s Dorina quits, she has completed the arc, evolving from an innocent star-struck lass to a courageous woman who realizes what she is giving up, and for what. Cuenco’s Dorina, by contrast, remains a soft-hearted girl-next-door from start to finish. To be fair, this approach enables her to make the character her own.

But, even as she succeeds in ensuring that this perpetual state of purity does not make her look like a wimp or a pushover, the saintly demeanor apparently could no longer accommodate another favorite highlight in the story: Dorina’s revenge on Lavinia, when the ascendant star turns the tables on her rival by throwing water at her face, too, followed by the word “Amanos.” Now that scene is gone, deflating the melodramatic conflict further.

Ironically, without any scenes that explain or build up to any character exposition, it is Villonco’s Lavinia who transforms before the audience’s eyes. No words are needed (and none provided by the script, anyway), just subtle changes in facial demeanor and physical posture for Villonco to expose the turmoil of her high-strung character. Her eyes and stance speak volumes, showing the vulnerable, insecure woman behind the caricature of the power-hungry bitch.

Villonco’s performance coupled with Cuenco’s everlasting innocence makes their reconciliation in the last scene credible. It is a far cry from the movie, where no parley is possible because Gil’s Lavinia stays coldhearted from start to finish.

This is no criticism of Gil’s performance; she remains in character as the script and as the title required. In the movie, when Cuneta’s Dorina expresses continued affection and respect for her former idol as they duet on the title song, Gil’s Lavinia projects a dazzling range of emotions, from being guarded against the unexpected, relief that her rival is stepping down, to utter inability to comprehend Dorina’s selflessness and generosity.

In the movie, Cuneta’s walking away from the glitz of show biz and into ordinary life in the arms of De Leon’s Nico serves as an indictment of the system. In this staging, the last scene still celebrates the triumph of heart over greed—but with hope and compassion underlying it.

One can argue which interpretation is correct, but if the stage musical holds its own despite its flaws, credit that to the musical numbers that give it its high notes. A viewer can easily shut his eyes and listen to the singing and be carried away by the passion and power of its performers.

Still, “Bituin Walang Ningning, The Musical” should be more than just a concert with acting scenes in-between. It should be theater—combining the elements of music with drama and character development to engage an audience waiting to relive their appreciation of an iconic film. In that, it has to work harder.