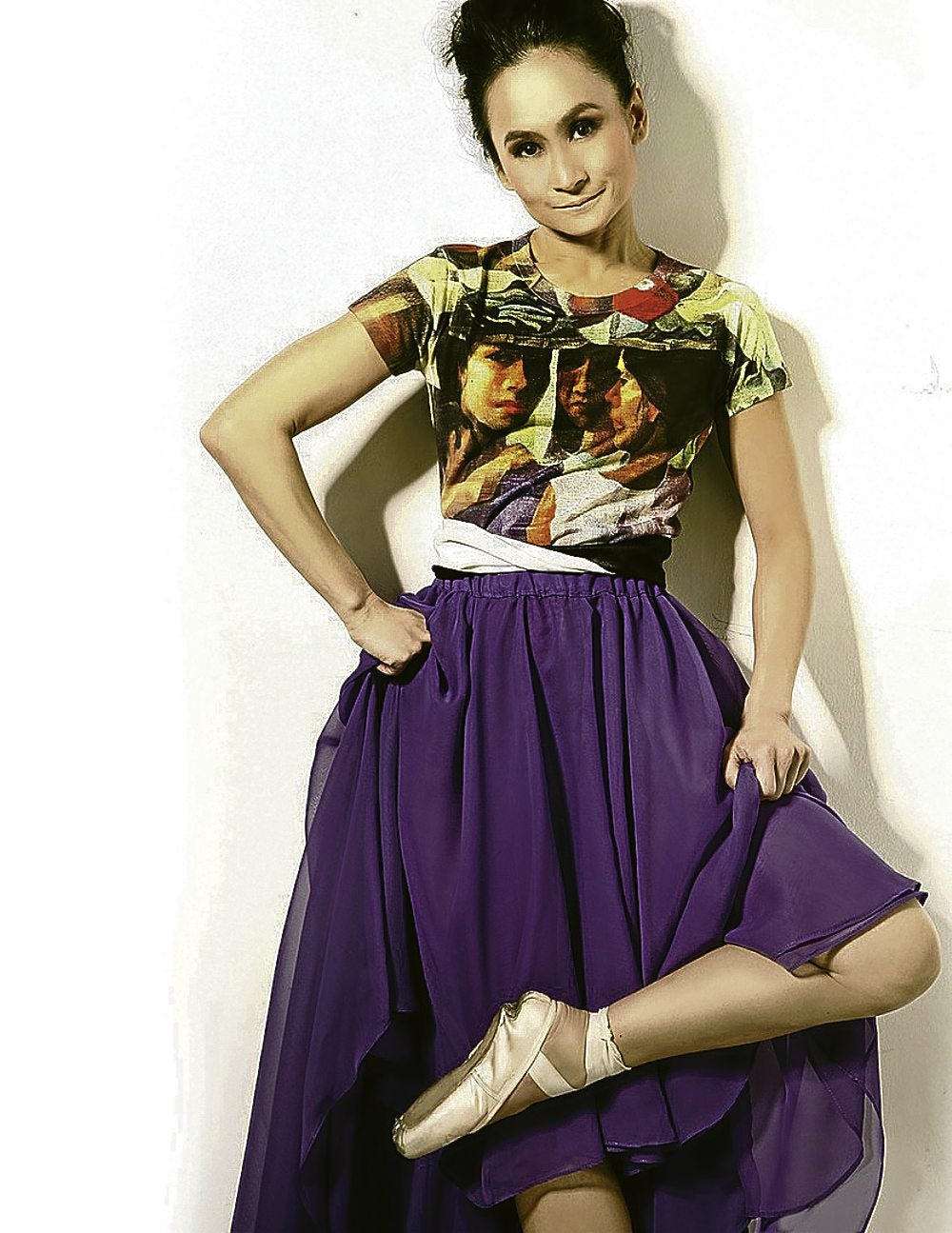 A ballerina wears a National Artist 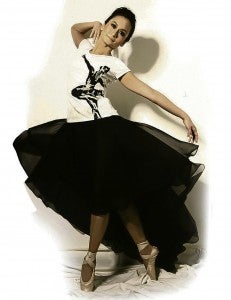 If Lisa Macuja had her way, she wants to spare her daughter Missy Elizalde from the pain of  a dancer’s life.

But it looks like  there’s no more stopping the 13-year-old girl from following in the footsteps of her prima ballerina mother. They danced together for the first time last year in the Christmas classic “The Nutcracker.”

“I didn’t have the same drive at age 13 as she does,” says Macuja. “She grew stubborn at  12, insisting she wants to dance. I became that way only when I turned 14. I’m very apprehensive. I’m happy that she shares the passion for dance, but I have mixed emotions. I want to protect her from the pain.”

Macuja, who just turned 47, kicked off her Swan Song Series Oct. 7 with a performance of Tchaikovsky’s “Swan Lake,” with David Makhateli, a principal dancer of the Royal Ballet of London. She will retire from performing in three years.

Macuja has been dancing since age 8, leaving home as a teenager to pursue a scholarship with the Vaganova Choreographic Institute in Leningrad (now known as St. Petersburg). She later became principal dancer of Russia’s prestigious Kirov Ballet.

But while she excelled professionally, Macuja says she missed out on many things. “I missed out on a young woman’s campus life,” says the ballerina, who wanted to become a school teacher. “I would have wanted to go to university and join a sorority and make lifetime friends from college. I don’t have that.” She wouldn’t want that for her daughter.

However, her husband, Fred J. Elizalde, a media businessman and visual artist, has different ideas. “He’s a stage father and a half!” Macuja says. “He’s even worse.” Elizalde was Macuja’s patron before they married 14 years ago.

“Of course, the experience more than made up for everything,” she says. “Through ballet, I met my husband. I met so many people in the industry who have become my friends. When I was 14, I made a list of things I wanted to accomplish by the time I turned 35—to establish my own school, to dance all the great classics—and I did them all by the time I was 30.”

Six weeks before reprising the role of Odile/Odette—it’s her 30th time—on Oct. 7, Macuja had undergone another surgery to repair her ankles. It was the second surgery since December when she was diagnosed with chronic tendonitis.

The rehearsals were “extra challenging” as she had just stopped using her crutches. (Last weekend, she danced in “Romeo & Juliet,” her final performances this year.)

“Not every ballerina is able to plan her retirement, and I’m glad I’m able to do that,” says Macuja, who’s directress of her own company, Ballet Manila. Her Swan Song Series is spread out over three years, with performances of three more ballets, after “Swan Lake” and “Romeo & Juliet.” Next year, she will perform in Russia for the first time after many years for the Philippine-Russian Friendship Day.

While she’s not looking forward to retiring, Macuja is eager to spend more time with her family and do the things she loves to do, but can’t, like travel. “I’m also looking forward to less physical pain. I’m not a spring chicken anymore. This is hard work,” she says. “I would also like to be out there to watch my company perform, because now, I can’t do that. I’m also performing, so I have to get ready backstage.”

On Oct. 18, the clothing company Freeway unveiled promotional images of Macuja for the National Artist Collectors Series featuring Vicente Manansala. The ballerina is shown in various balletic poses wearing tops and dresses reprinted with the artworks of the National Artist for Visual Arts. (The collection is now available in Freeway boutiques.)

Macuja, who also hosts a radio program called “Art2Art,” says she met the owners of Freeway when she emceed the launch of another National Artist Collectors Series, which featured the novelist F. Sionil José. Her husband is a good friend of the dad of Freeway’s owners.

Even as she retires from public performance, it doesn’t mean Macuja will hang up her dancing shoes just yet. She will continue to teach ballet.

“I want to explore other artistic endeavors,” she says. “I want to act in a straight play. I also want to try writing. I want to direct and pay more attention to my scholars.”

As for her beloved Missy’s aspirations, “I guess it’s okay,” this mom concedes. “At least then there’s someone to take over Ballet Manila.”

And if Missy also wishes to leave for frigid and faraway Russia? “No,” Macuja says without hesitation. “Not until she graduates from high school.”