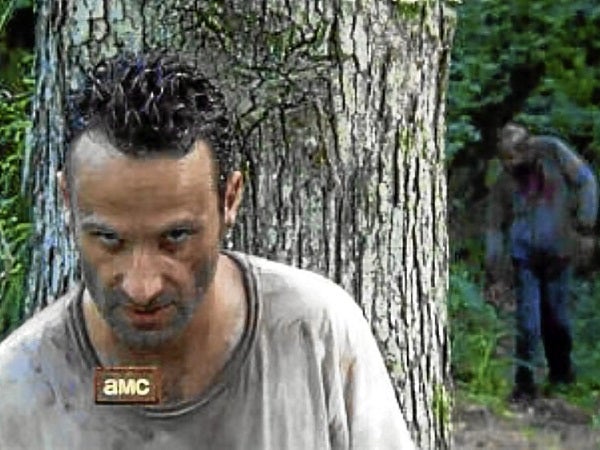 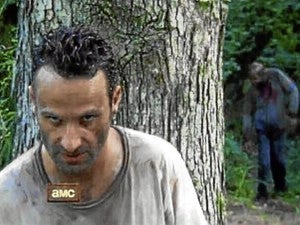 When “The Walking Dead” shambled on to TV screens last year, the series was immediately hailed for pulling off not just one, but two supposedly impossible feats: One, adapting a comic book to the small screen faithfully, and two, for bringing movie-quality zombie horror to the TV medium.

However, both those assertions were made based on the show’s first two episodes, and the show took a dramatic turn for the worse during its middling, well, middle, before bouncing back with a thrilling season finale.

When you do zombies, or any show based upon a community in unfamiliar settings in general (see “Terranova” and their dinosaurs), creators can make the show’s world as fascinating as possible, but ultimately, if viewers can’t bring themselves to root for the protagonists, the show becomes much easier to turn off.

Such was the problem with episodes three through five of season one, when the survivors, led by sheriff Rick Grimes (Andrew Lincoln), basically sat around in their campsite and spun their wheels. “The Walking Dead” succeeded as a comic book because its characters were deep, fascinating people trying to survive in an undead apocalypse.

The TV show, meanwhile, gave an unusual amount of screentime to redneck Daryl Dixon and the African-American he often clashes with, “T-Dog” Douglas. Tellingly, neither exist in the comic book, and neither went beyond TV tropes as characters. Furthermore, by episode three, the show had gone off the rails, in a direction much different from the comic. 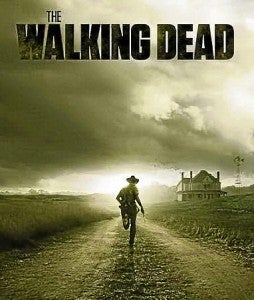 This is not necessarily a bad thing. The sequences at the Center of Disease Control in the last two episodes of the season are not in the comic, for example, but it does raise an alarm. Without the benefit of the comic as a blueprint, can the minds behind the show make something still worth watching?

Smartly, the show opens season two with a genuine TV moment, an incredibly tense and extremely fun-to-watch sequence on a car-choked highway, with a zombie herd prowling through it. When this series is compared favorably to a zombie movie, it’s largely because of taut, widescreen-esque instances like this one.

There is a bit of cannibalization, however, with certain scenes in season two intentionally or not calling back to season one. The aforementioned dynamic duo of Dixon and T-Dog evade walkers on the highway, using a Grimes-invented tactic when they were back in Atlanta, stuck in the department store.

Then episode two of the new season ends with a familiar shot: Multiple graspy zombie hands sticking through a door, much like season one’s locked hospital cafeteria. With just a total of eight episodes in the can, it’s too early to start pulling repeats. Luckily, the zombie scenes are still the highlight of the show and do not bore, for now.

On the other hand, drama is still not this show’s strong point, with the survivors stumbling along their way, especially with regard to the dialogue and their motivation. There’s a series of long, on the nose, almost reality TV-like confessional scenes when the gang finds an abandoned church near the end of the extra-long season opener that slows down the momentum of the episode after that thrilling beginning. There’s nothing wrong with a good TV monologue when done right, and these draw comparisons to a similar scene (minus zombies, of course) in “The West Wing,” as both have the principal characters railing against the injustices of the world to God. But the lines in “The Walking Dead” are so boring that it seems like filler.

Things fall a notch lower in the second episode after a “surprise” ending that has Grimes torn between his wife and his son. It’s a ridiculously contrived problem that is easily solved, but it gets milked for way too long here. It does, however, put them in a position that the comic was in, so it seems they won’t be abandoning what the comic set out entirely. How the show continues to mix the established with the brand new will be something worth following, if only to nitpick if you’re a diehard fan of the graphic novels.

Ultimately, the show seems to have struck an acceptable balance between zombies and drama. The problem is that the content of the drama parts continue to lag in quality. If you can stand some of the more overwrought scenes, “The Walking Dead” is still a nice, pulpy zombie thriller. The question is how long it can stay that way, what with budget cuts leading to previous showrunner Frank Darabont either walking out or getting fired, depending on who you believe.

Perhaps these monetary restrictions will breed creativity, and lead to better chills. Or perhaps this show will just live up to its monicker for before getting put to rest.