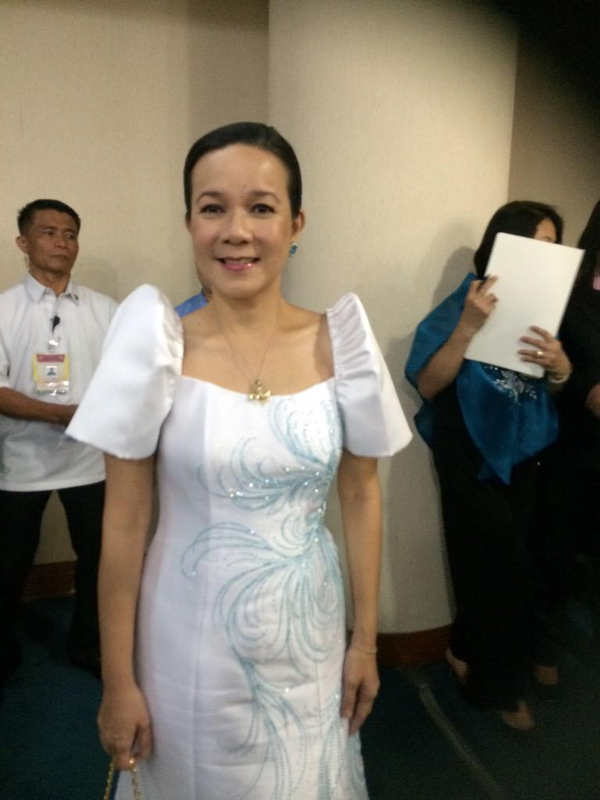 While posing for photo opportunities with the media after the session, Senators Ferdinand “Bongbong” Marcos Jr. joked about Poe being part of his family.

“My family,” Marcos said when he, his wife and three sons posed with Poe.

Poe, in return jokingly introduced Marcos’ children as her “nephews.”

Poe had already denied talks that she was an illegitimate child of Marcos’ father, former President Ferdinand Marcos. IDL