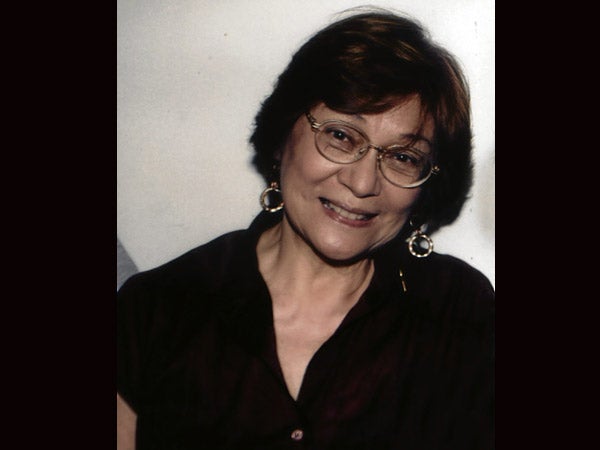 ‘Paella’–my father’s last word to me, and our special bond

“I’m here at Casa Roces having lunch with my 99-year-old father,” reads a text message from Edna, unsolicited but thoughtful, even though this Roces’ connection to that casa is purely nominal.

Anyway, that’s heartening news—ordinarily. Having been in the same situation with my own old man, himself a few years younger yet, I’d suggest a little precautionary prayer, for, with wards their age, you’d never know how the day would end.

Brave, indeed, of Edna to be alone out with her father—one senior taking care of not just another senior, but a senior one generation older. But she is not without practice.

On a recent trip to Macau with him, she has told me triumphantly, she managed his mood swings well: Upon checking into their room, “in a fabulous hotel,” he testily declared he wanted to go home, and she got him to stay through.

I myself never dared take my dad out without my husband Vergel or my brother Danny—a strong male hand to take him on his frequent trips to the men’s room, but more basically to support him walking and more critically to catch him when he fainted, a condition his planted-in pacemaker didn’t prevent.

When dementia began to set in, Vergel proved a special help: He somehow managed to reengage Dad’s mind, and even liked to brag that he could actually put Dad in a TV forum with no one suspecting.

“Once he’s cued in, his old astute instincts take over,” he said.

Indeed, I observed that people close enough to catch some of their exchange appeared not only convinced but impressed, about as convinced and impressed as Dad himself, who, when on a lucid roll, would take my hand, kiss it and proclaim, “That, my dear, was intelligent conversation. You should try it sometime.”

But some of our lunches were soon ending in the emergency room. In fact, one instance looked so bad an ambulance was required. Testing his cognitive functions, the emergency resident began in a voice presumptuously amplified, “Lolo, saan po kayo naroroon, sino po ang kasama ninyo?” (Where are you, who’s your companion?)

If there’s one thing Dad resented, it was being presumed too old to hear or be aware.

Once the doctor was gone—gone unanswered deservedly—Dad asked, “Who was that guy asking me those stupid questions?” then smugly crossed his legs, a habit with him even in bed. He had licked another mini-stroke for sure.

Even so, it had become simply too risky to take him anywhere out, which was sad not only for Dad but also for us. Eating out was one of our few last remaining family traditions after Mom had gone.

I was away, in Europe with cousins on a long-planned sentimental journey, when he suffered his last stroke.

“Okay pa si Titong,” Vergel kept me posted by phone in Madrid. “Perfectly lucid when I saw him in the ER, naka-de cuatro pa”—lying assuredly cross-legged.

Back in Manila after a week, I found him at the intensive care, asleep with tubes attached to him, apparently slipping.

“Hi, Dad, I’m back,” I greeted, kissing him on the forehead. He gave a throaty sound. I proceeded to tell him stories of my travel—our old schools in Paris and Madrid, the Spaniards and their humor, things that would trigger his own memory, food especially, a subject that apparently triggered a longing beyond memory. He coughed and looked like he wanted to say something.

“Yes, Dad,” I pressed his free hand and put my face close to his, “what is it you want?”

Appearing to collect enough energy lest he come across less than clearly, he spoke in my ear, and then appeared to swallow whatever it was in his mouth that had been induced by the memory.

It had come out not only clearly but also robustly. I smiled through my tears. My father’s last word to me, but then, to the two of us, paella was a sort of special bond.

Looking again at Edna’s text, I felt a tickle on a sweet-memory nerve.