Beyond hashtags: Or why catch Sandbox Collective's 'No Filter' | Lifestyle.INQ ❮ ❯ 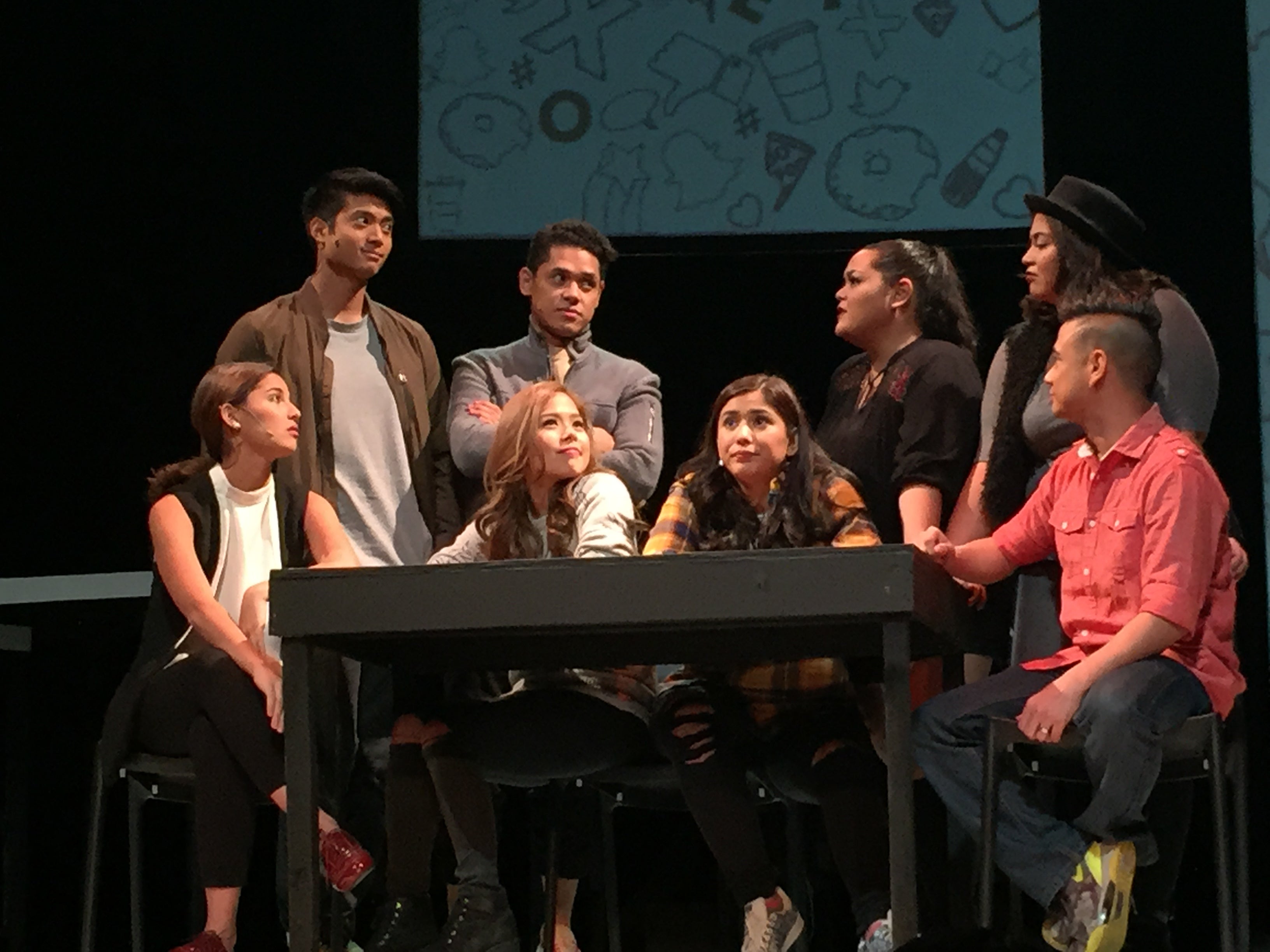 Beyond hashtags: Or why catch Sandbox Collective’s ‘No Filter’

(UPDATE) Baby boomer, Generation X, the Y Generation. Every age group has its own label, with its own description of the Now. But does it matter?

For example, from where I came from the phrase “no filter” could mean “filterless” cigarette. Not the thin, cheap ones wrapped in brown paper and smoked by old ladies in the barrios under the mystic name Alhambra but those passed around back stage or in the male CR before a rock concert.

I remember a former workmate who’s hooked to this kind of high. While maintaining a day job as lifestyle writer for the newspaper we were regularly employed, he was fronting a jazz-rock band. Friday being the most toxic day in closing the pages for the eight-page Sunday lifestyle section, he used to ask around for “yosing walang filter,” otherwise he can’t focus on an article he’s writing or the gig he’s going to catch later on. For him, “no filter” was the energy booster, a multivitamin wrapped in white “pangkulot” paper.

Some 20 years later and we’re all fathers now, or at least in my former officemate’s case, a single parent to five expensive dogs and three Siamese cats.

We’re also on Facebook, Twitter and using hashtags to prove our existence though not that connected to have Tinder, Tumblr, Vine, among other social media networking accounts.  Doesn’t that make us part of the “millennials”? Or do we really need to fit in?

On hindsight, as part of GenX or whatever label we had, weren’t we just repeating what our parents did? Are we mere clones of the previous  generations? Consumed by the endless search for–gasp–meaning, purpose?

Do we see ourselves talking about the same “angst” though with different names, labels and approaches if we take a closer look at the younger generation of today? In the realm of cinema and literature, this premise has been explored and revisited many times. The late, immortal JD Salinger had given us “The Catcher In The Rye” in the 1950s and film director John Hughes came up with “The Breakfast Club” in the 1980s.

So what else is new?

In “No Filter: Let’s Talk about ME”, the first original production  of The Sandbox Collective, ongoing at the Carlos P. Romulo Theater in RCBC Plaza, we are treated to this kind of “existential” meditation.

Though this time, “no filter” is a term from Instagram, a hashtag for telling people that what you see on the cellphone or computer screen is the real thing, no enhancement or editing done. (If you’re still using a Nokia 2210 and in limbo what Instagram means, it doesn’t have anything to do with the weighing scale and coke.)

Director Toff de Venecia assembled his writer-friends who submitted their essays on relationships, careers, life in general at the time when every action is preceded by an asterisk, er, the hashtag.

These became the texts in a series of monologues acted out by eight familiar personalities on TV, film, theater and commercials.

Each faces the challenge of giving life to the text in 10 to 15 minutes.

Curtis-Smith is a revelation in acting out the dialogues and thought balloons of a college graduate applying for her first job. In another scene, she’s high delivering some kind of drug-alcohol inspired ruminations.

Kaimo may not have realized he’s an effective comedian. He was simply a standout, delivering lines not to impress but with the right emotion and timing. His facial expression as the light fades out in each scene he is in gives the audience member a lasting impression of what the hell just took place.

In real life, Young and Magalona may be sharing the same spot with Curtis-Smith of having more famous siblings or parents. Here, Young is not just the sister of the beauty queen Megan, but an actress who is making a mark in theater. Magalona shows acting is in her genes. Seeing her on the live stage is a revelation.

The same with Cortez, daughter of character actor Rez and niece of theater director-actor Alexander. Keeping the audience’s attention in portraying different characters is a breeze for her. We hope she does more theater in the future.

Daez essaying a gay character dealing with family issues is worth watching again and again.

With their previous experiences on stage, Muñoz and Facuri complete the package of “No Filter.”

If we take a deeper look, a life beyond hashtags and status updates is the kind of existence each character wants to live.

The highly engaging meditations in “No Filter” are not just for and about millennials but for theater lovers of all ages.  If the baby boomers, or those born between the mid-1940s to mid-1960s, would like to know what their children are up to these days, this is also for them. They entertain us to our innermost core, warts, cancer cells and all.

De Venecia should compile in book form all the final scripts acted out on stage. And we hope this is just the first of a series, with more writers contributing to future “No Filter” monologues.

Like “filterless” smoke, the good news should be passed around and shared by everyone who loves theater.

“No Filter” has three shows this weekend starting tonight at 8 and continues on Saturday and Sunday. It has been extended till next weekend, August 7 and 8, with two shows both at 8 pm.