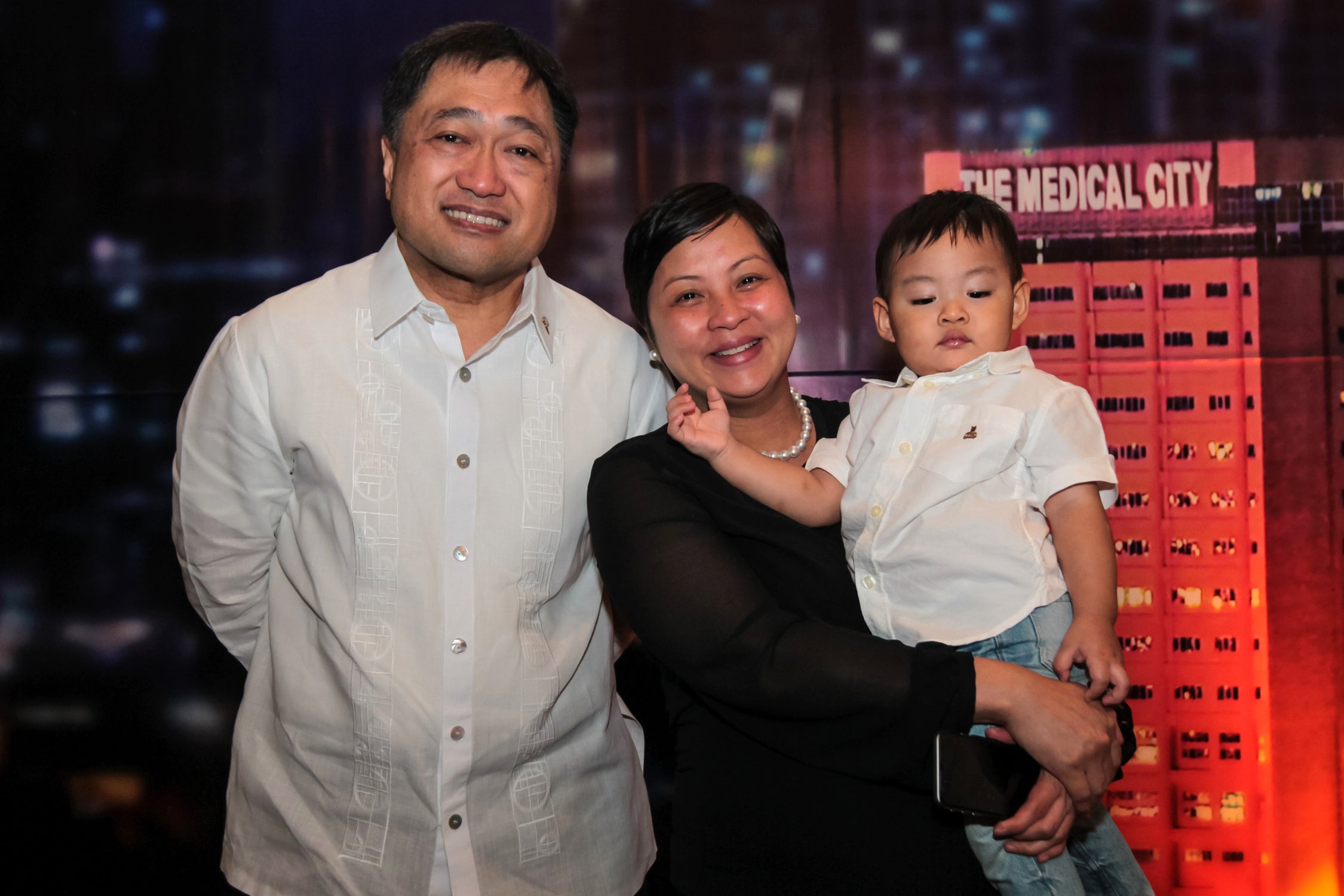 Finance Secretary Cesar V. Purisima, the man who steered the Philippine economy to become among Asia’s fastest-growing, was, for a fraction of a second, suddenly grappling for the right words to say.

“I am a rather old father… But I am not ashamed! This is the best thing that happened to me,” he said, grinning like a man who had just won the lottery.

“During birthday parties, when I carry my son, the emcee of the party would always ask, ‘Daddy or Lolo?’ And I would say, ‘Lolodad.’ When we go to day schools, some of the parents there are children of my friends,” he said, laughing.

Purisima, now 55, married  Maria Corazon “Corrie” de la Cruz in 2005, the “cute girl” he met when he was chair of the multidisciplinary professional services firm SGV (SyCip Gorres Velayo) and Co. But it was only in January last year that Corrie—now HSBC Philippines head of global banking and pregnant with their second child—gave birth to their firstborn, Gabriel Cesar Fidel.

It’s true when they say you become a parent even before your child is born. Purisima was no exception. Like many first-time dads, he prepared himself by reading up on parenting. A father’s role, he said, is often underemphasized, even though raising children is really about teamwork.

Mothers have always been perceived as the nurturers while fathers are the breadwinners. But with the changing global socioeconomic landscape, household dynamics have changed, too. Fathers, said Purisima, are now nurturers, too.

On the other hand, women have also become breadwinners. Purisima was quick to admit that his wife is the family’s breadwinner. She earns more than he does.

“I’m lucky that my wife, apart from being the nurturer of our boy and the one who carried our child in her womb, is also the primary breadwinner. Sometimes it’s nice to be a kept man,” he said, laughing.

Men, he continued, need to educate themselves on parenting, beginning with breastfeeding. The health of the child is a shared responsibility between mother and the father.

Lack of information prevents many men from fulfilling their role in maternal and infant health.

“Believe me, I have read as much as I can about the medical and scientific effects of breastfeeding, to the point that I am actually dangerous. Because the most dangerous people are the amateurs who read something and pretend to know the subject matter,” he said.

The couple decided to breastfeed the minute they learned they were pregnant. They were lucky, he said, since they have friends with families who shared  their experiences in breastfeeding.

At the start, his wife Corrie had difficulty breastfeeding. She was producing, at most, mere droplets of milk, and could not sustain the needs of their infant.

“I didn’t know what my role was… The accountant in me was asking my wife, ‘How do we measure the amount of milk that goes in? Because when I look at our son I see bones. I think he is losing weight,’” he said.

What he didn’t know, he admitted, was that by asking those innocent questions, he was hurting his wife.

She kept to herself for a while, but eventually told him that he was not a very supportive partner.

“One of the things I’ve learned is that parenting is not about perfection. It’s about learning from your mistakes. I learned it was a mistake to ask those questions,” he said.

So, instead of barraging his wife with more questions, he turned to Health Secretary Janette Garin to inquire about breast milk banks in the city.

Purisima also consulted with friends regarding his wife’s seeming inability to produce an acceptable amount of milk. When one friend recommended his wife regularly consume malunggay, Purisima said he must have harvested all the malunggay he could get his hands on, and even bought malunggay tablets, oils, juice.

Another friend suggested they hire a therapist to massage his wife’s breast.

“I got insulted. I thought he was saying I was not massaging them enough,” he said, laughing. “Eventually we got a therapist who would come into our house and massage her glands to stimulate them to produce milk,” he said.

Stressing out his wife

When they sought a pediatrician who specialized in lactation, they learned that Purisima was stressing out his wife by asking too many questions regarding her breastmilk production. The more he asked, the more stressed out she became. And this, Purisima said, was why she had difficulty producing milk.

As soon as this problem was addressed, his wife began producing milk, so much milk that they had to purchase a second fridge just to store them.

“Now I had a cow—a beautiful cow—who was producing more milk than our boy needed,” he said, smiling. “I feel so proud that I was able to help my wife through this process. I understand how important the role of the husband is. It’s been a learning experience, and that’s why I’m emphasizing the importance of education.”

Filipinos often have the misconception that breastfeeding is for the poor. Purisima admitted that, growing up in a humble home and having been breastfed himself, he also once thought the only people who breastfed were those who couldn’t afford formula.

“Formula milk has also been known to cause indigestion. It makes sense because formula milk comes from cows, and cows produce milk designed for the digestive system of cows. Breastfeeding for me is not just a source of nutrients. It’s more than that. It is not just a fad, but it is fundamentally the right thing to do if you want to make sure that the next generation of Filipinos is healthy, able to actualize their potential and can bring the country to where it should be,” he said.

And how is their boy Gabriel, who is just over a year old? Purisima said a child has the potential to learn three languages during the first three to five years of life. Right now, the couple want their children to learn Mandarin, the language of the future.