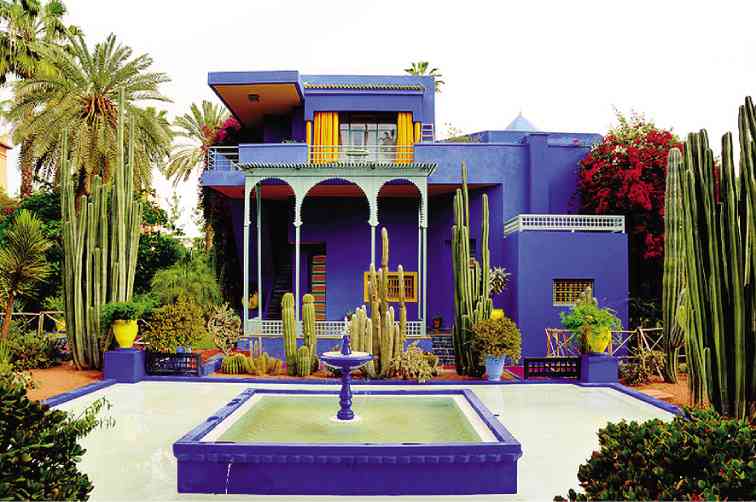 This spring I went to the United Kingdom for a short visit. That is the season when the gardens in the English countryside are in full profusion!

They define a place for me as much as the iconic buildings that speak of a country’s history do. I never travel in a tour group. I want to get lost in a time and place, alone or with a kindred soul. For how can one enjoy the expansiveness of travel when one is not allowed in a group tour to linger, to bare one’s feet and caress the grass, to lie down and feel eternity in fields of edelweiss in a cool morning with the brightest of alpine skies!

Or tarry by the Seine, languid and gray with the chill of autumn, the red and gold leaves carpeting the banks where lovers kiss or elegant ladies pass by, with their baskets of newly baked croissants. Coffee is so heady in this setting.

I remember gardens in my travel, as much as I remember the strains of a sonata wafting from a window in Salzburg, or the lovecall of birds in a birch forest in Sweden, or the sonorous calls for the faithful to pray from atop the minarets of Istanbul.

I am in love with the Generalife in the Alhambra, up in the hills of Granada. In the ’60s, when tourists were still scant one could lie down in the arched balconies undisturbed, overlooking the bowers of roses, myrtles and thyme, sprinkled by a long row of fountains. Imagine a slow tableux in these summer gardens of the moors, of courtly ladies, intoxicated by the smell of roses, come alive, in this timeless setting.

My ghost passes by the Court of Lions in the middle of the filigreed palaces of Alhambra, and I retreat in the cool garden baths, now covered with velvety moss. I read a book by Washington Irving who spent days writing the chronicles of Granada, the same book I am reading, in the same coolest of shades.

Federico Garcia Lorca must have spent late afternoons in the same chambers for him to write his torrid poems dedicated to the gitanos and his beloved river, the Guadalquivir. He must have come to heal his bleeding heart after losing his toreador lover gouged by a charging bull in the plaza del toros in this most castilian town of the Sierra Nevada.

I love the cactus gardens of Princess Grace hugging the steep bluffs of Monaco, high above the harbor of Monte Carlo where hundreds of yachts of the rich are moored. There are giant cactuses towering like aliens from the deserts of the world, all clumped in many rocky crevices. There are tiny finger-like ones, too, crowding occasional squares of soil with red or yellow flowers, of immaculate whites and the brightest of vermillions.

There are long thorny hairs cascading down the steep granite walls reaching out to the deep abyss of the Mediterranean blue. This forest of cactuses, from the deserts of the world, looks weird in the solitude of the rocks that anchor this tiny principality of the Grimaldis. I sit endless hours soaking in the sun counting the yachts passing by, while my friend plays the roulettes in Monte Carlo.

I love Majorelle, in the outskirts of the ochre city of Marrakech. Previously owned by the elegant Yves Saint Laurent, it is now offered as a gift to this ancient city of the Berbers.

The Majorelle, with its deepest of blues, that define this garden of romance, is a must, after getting lost in the Arab souks and the narrow serpentine streets of this ancient oasis of the sultans of yore. The palm trees and the cactuses from the deserts of the highlands of the Atlas mountains, the lemon trees and the flaming bougainvilleas are all wizened like the blind storytellers and the musicians in the grand plaza of Djema el-fna, inside the high-walled medina.

The floating water lilies are divine in the many limpid pools crossed by bridges of bright yellows, in stark contrast to the bluest of buildings that I have ever seen in this planet. In these 12 acres of pure bliss, exotic birds sing unmindful of the call to prayer exhorting the faithful. The kind Arabs spread their exotic carpets in the direction of Mecca in the terracotta pathways shaded by bamboos. I bring home the smell of jasmine in Majorelle jars and the memory of incessant thumps of distant African drums.

I know I will return to sip mint tea from silver cups under the shade of a lemon tree while the fountain sputters amid the roses in a hidden garden reached only by a creaking door. The roast chicken is heady with the smell of rosemary. In an ottoman, I dream, carried away on a white Arabian horse toward the clouds of the Atlas mountains.

Of all the gardens of the Orient, I love the Ryoan-ji gardens of Kyoto the most.Raked sand. Islands of stone. Sublime quiet. A haiku in my mind. This spring, I went to the United Kingdom for a short visit.

Ed, who was my student in the ’80s, was proud to show me his England. He took off from his hospital duties in Wales. We were joined by Elmer and Dodi and their wives. They are friends from my younger days.

I requested them to take me to Trafalgar Square to get a glimpse of a gigantic statue of a blue rooster perched on one of the plinths. It is a British quirk: a rooster enshrined in the same sacred place as the heroes and demons of their many wars! Unfortunately, it was taken down two days before I arrived. It has been replaced by a steel horse, which looked like Rosinante, the one devoted to Don Quixote!

We slowly walked the streets of London in the late afternoon sun, taking in the historic buildings which I had visited a few times before.

There was a wedding at Westminster Abbey and the couple with their guests in British formals were a sight to behold. The flower girls with their crowns of spring flowers were romping in the grass. The couple, with a few guests, floated light in the spring air to a pub, where I was sure, their night would be heavy with brew!

English weddings are different. They are simply elegant, unlike the predictable choreographed weddings of the Filipino middle class, overdone with artifice and déclassé.

We were billeted in a hotel near the Thames, a mile from the Big Ben. Walking by the promenade along the busy river, with the cherry blossoms in their full splendor, I spotted a row of tulips in front of an ancient church. Here, I discovered another garden of my delight!

This certainly is not the Kew, where in the spring, there was a tapestry of tulips. But the Lambeth is remarkable in a very quiet way. It is a “little box of delight for those with a passion for gardening.”

The Garden Museum is based on the deconsecrated medieval parish church of St. Mary at Lambeth on the south bank of the Thames. The church originally housed the tombs of the Howards, among whom was the mother of Queen Anne Boleyn.

The church was scheduled to be demolished, when the neighborhood became derelict, four years after its deconsecration in 1972. A couple, John and Rosemary Nicholson, traced the tomb of two royal gardeners and plant hunters, John Tradescant and his son, at the back of the church, which inspired the couple to convert the church into the first museum dedicated to the history of gardening.

We walked past the tower and entered a church transformed into a museum of paintings of gardens, garden tools, ephemera and historical artifacts, a glimpse into the uniquely British love affair with gardening.

At the back, where the ancient tombs were, was a garden café amid rosemary, thyme, basil of all kinds, and other kitchen herbs. There were blooming lavenders, lilies, tulips among evergreens all growing luxuriantly among gargoyles, putto and fountains.

The tombs bore inscriptions in stone. The tomb which inspired the museum read:

“Know, stranger, ere thou pass Beneath this stone

The last dyed in his spring, the other two Lived, till they had travelled Art and Nature through…

This Garden then, for Paradise”

“Local Lambeth legend states, that if the tomb is danced around 12 times as the Big Ben strikes, a ghost appears!”

After an hour, I sat quietly on a stone bench engulfed by the fragrance of herbs, happy to have discovered another garden.

My thoughts ran back to my beloved Manila, to Nick Joaquin’s ever-loyal city, whose historical edifices are slowly decimated, and its natural beauty raped by unthinking men.

And yet, there is some hope. We can restore the grandeur of Fort Santiago, bring back music to the gardens of Paco Park, and plant more in the botanical garden of Father Blanco. Organic gardens are thriving in the countryside; forests are being restored after being raped for dirty cash, and the youth are starting to clean our rivers.

There is hope. Someday, we will have a garden that will define our city, our beloved Manila.

In my travels, gardens take center stage. I learn from them and they feed my soul.

The author is a leading neurologist, a former medical director of St. Luke’s, an art collector and a gallery/museum owner.