Is there really such a thing as ‘baduy’ music? | Lifestyle.INQ ❮ ❯ 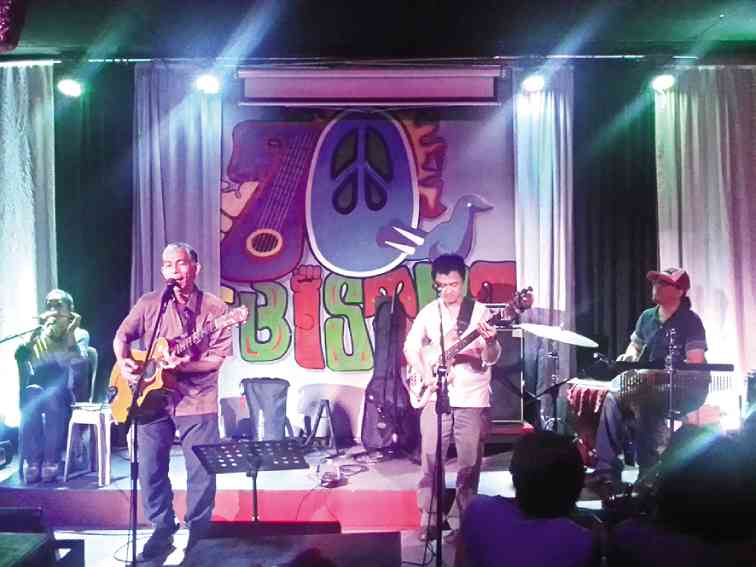 Is there really such a thing as ‘baduy’ music?

In music, baduy—Tagalog slang for bad taste—is a relative term; the songs of April Boy Regino or The Boyfriends could be lousy to some, but pleasant to others.

At the same time it doesn’t mean that people who appreciate The Boyfriends are pathetic.

Which brings us to Danish band Michael Learns To Rock (MLTR), which we used to dismiss as baduy solely on the basis of its hopelessly romantic tunes. Even its name seems a misnomer, considering there’s hardly any rock in its music.

But on close listen, MLTR’s songs sound just like those of Peter Cetera’s—ballads whose pop hooks took them to the top of the charts. And their lyrics, “25 Minutes,” for instance, tell a heartbreaking story of a guy’s girlfriend becoming somebody else’s bride.

MLTR has enough hits—“The Actor,” “Take Me To Your Heart,” “That’s Why You Go Away,” “Sleeping Child,” “Out of the Blue,” among others—to last the whole night of its coming concert at Smart Araneta Coliseum on Sept. 19.

The show, by the way, isn’t just for women, although we can already imagine ladies in the audience swooning if and when MLTR members Jascha Richter, Mikkel Lentz and Kåre Wanscher go down the stage to give them roses—as the photo in this story shows.

Bonifacio Global City (BGC) in Taguig may offer lots of nightlife options, but Quezon City remains a favorite—if one’s idea of a good time is having drinks with tasty pica-pica while watching a live gig.

Barrios, who organized the show, opened her set with a lovely version of a Popong Landero original, “Malaya,” followed by her own songs.

It was wonderful to see a mini-reunion of Joey Ayala at ang Bagong Lumad with Barrios, Onie Badiang, and Budeth Casinto sitting in for the late Noe Tio. Ayala sang “Panganay ng Umaga”—the first track on his self-titled 1981 debut album—exactly as he sounded on record: compelling and poetic, but this time with exhilarating guitar work that fused Latin and native rhythms.

Cult of JuliaRobert, the cleverly named new group fronted by TV personality and aspiring musician Julia Clarete with Robert Javier, had a youthful, college-rock sound. It would be nice to see Clarete singing with more confidence and clarity in future gigs.

The presence of two of ’70s Bistro’s original owners, Helen Reyes and Jun Maravillon, added fun to that night.

Best of folk at My Bro’s

At My Bro’s Mustache, a full-house crowd stayed till about midnight listening to some of the best contemporary Filipino folk and rock music courtesy of Gary Granada, Lolita Carbon, Cooky Chua and Chickoy Pura, with a few young groups.

Granada was particularly engaging in a playful rendition of his own brilliantly written “Mabuti Pa Sila.”

Gonzalez felt at home doing blues and reggae covers, plus a few surprises like Led Zeppelin.

My Bro’s Mustache serves one of the crunchiest sisig in QC. It goes well with red wine.