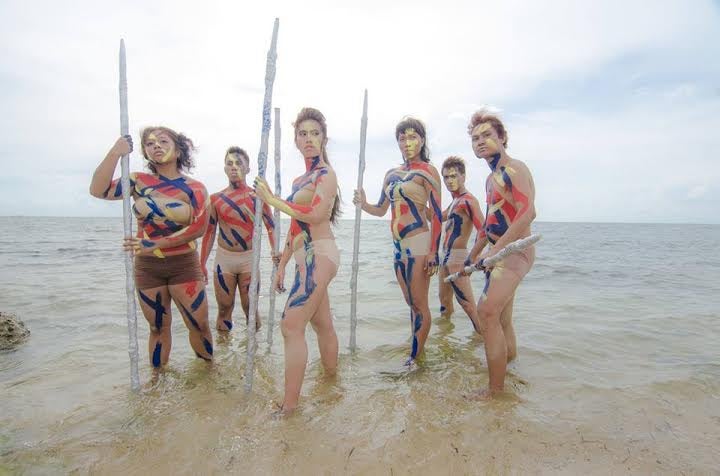 This Sept. 25-27, Dulaang Laboratoryo is staging “Coro de los Diablos,” Layeta Bucoy’s translation and adaptation of William Golding’s novel “Lord of the Flies,” to be directed by Joey Ting. The show will be at Tanghalang Hermogenes Ilagan, College of Arts and Letters Building, in UP Diliman.

The book, about a group of British boys stuck on an uninhabited island and their descent into savagery, was adapted into the movie, “Alkitrang Dugo,” in 1975, starring Roderick Paulate and Eddie Villamayor. It was written by Nicanor Cleto Jr., directed by Lupita Concio and produced by Nora Aunor.

For this stage adaptation, Ting and Bucoy will be using dark humor.

“The play will have male and female students on their way to the World Youth Convention during World War III,” says Ting.

The challenge for Bucoy was figuring out a milieu for the adaptation.

“The first adaptation didn’t work as the dramatic situation became forced,” she says. “Thankfully, the students’ adviser at the time, José Estrella, helped us identify a more appropriate milieu.”

“It’s an exploration on leaders and leadership, how leaders are seemingly chosen, the kinds of leadership expected from them and the dynamics of power and altruism.”

“The challenge in adapting books is how to make the story move on stage. Novels are rich with narration and description, but the stage calls for action,” she adds.

Ting has a bachelor’s and a master’s degree from UP and has been part of the director pool of DUP since the ’90s.

“I’m usually invited to direct for Dulab since I know exactly what theater faculty members want me to do with the students,” he says.

“Students can take bigger risks with experimentation since they are still learning. Students have bright ideas and I always learn from them as well,” says Ting.