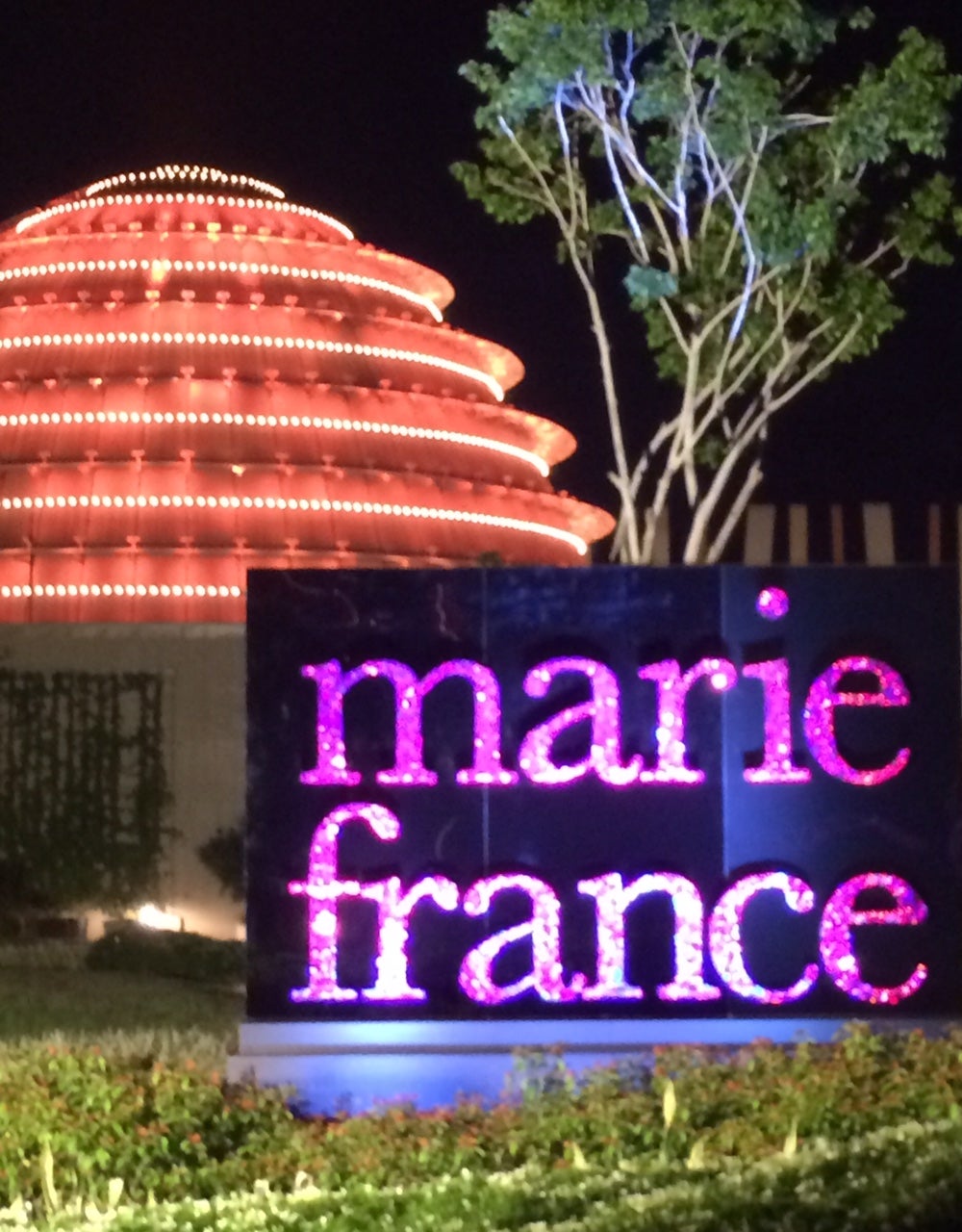 Nobu's garden patio is all aglow

From two branches when it opened in 1985, Marie France now has 10 branches all over the Philippines, including one each in Cebu and Pampanga. Its mother company is also the same outfit behind Facial Care Centre, Svenson and Marie France for Men.

“I’ve been with Marie France for ten years now,” said Zulueta, who came with husband Rep. Anton Lagdameo. “Despite the number of options out there, I believe Marie France is the only one that provides the safest and one of the most effective ways of slimming. Their methods have worked for me. I have no reasons to go elsewhere.”

Zulueta’s favorite treatments are Endermologie, Vara Pulse Fat Reducer and Physique. The first treatment reduces cellulite and fat bulges in the body through a series of rollers and suction technology, while the second one liquefies stubborn fat and cellulite trapped deep under the skin through its ultrasonic wave technology.

After a series of slimming sessions, Zulueta underwent the Physique, a 15-minute session which firms up and tightens sagging skin through transcutaneous nerve stimulation.

“I love all their treatments,” she said. “If there are available non-invasive options out there to lose weight safely and effectively, why go invasive?”

Although Alunan is a primarily a Facial Care endorser, she has tried on occasions Marie France’s slimming treatments.

There was a time when the svelte bag designer gained weight while studying design in Italy. When she came home, she was set to do a series of photo shoots for Facial Care. But she asked them for more time to allow her to lose weight.

“So they made me try a series of slimming sessions involving cold wraps,” she said. “Even if I wasn’t directly endorsing Marie France, they helped me by giving me the right treatments. They’re like a family.”

Like Zulueta, Alunan is wary of undergoing invasive treatments to enhance her looks.

“At this point, I’m not open to anything invasive,” she said. “I’m quite conservative when it comes to body and facial treatments. Instead of resorting to extreme measures, I believe in enhancing what you have through moderate procedures.”

“We also have a good marketing and operations team that ensures consistency and quality of delivery,” he said. “It’s also a mix of good advertising, credible endorsers and the support of our media partners.”

He also cited Marie France’s continuous research, which pushes it “on the edge of technology,” as a major ingredient in the chain’s success in the Philippines.

Siy, together with Robin Horsman and Peter Prestige, two foreign directors of Marie France, capped off the celebration with a toast.