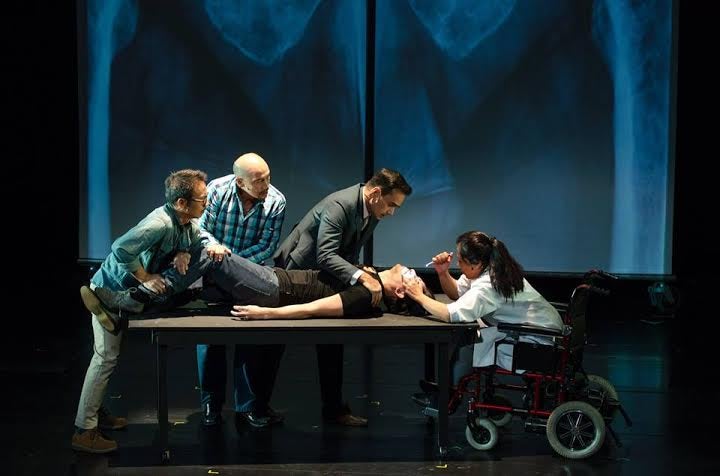 SCENE from “The Normal Heart,” directed by Bart Guingona. PHOTO BY VLADIMEIR GONZALES

‘The Normal Heart’ back with 8 performances beginning Oct. 2

The recent limited run of Larry Kramer’s “The Normal Heart” by The Necessary Theatre was among the year’s most acclaimed theatrical productions. It was called “important,” “indispensable” and “necessary,” with critics and audiences hailing the acting, direction and design, and more importantly, how the play awakened the viewer to the HIV crisis in the Philippines.

A common refrain was that a repeat of the show was imperative. Now the original Asian premiere of “The Normal Heart” is back starting Oct. 2, with eight performances starring the original cast: Roselyn Perez, Topper Fabregas, TJ Trinidad, Nor Domingo, Richard Cunanan, Jef Flores, Red Concepcion and Bart Guingona.

“The Normal Heart,” Larry Kramer’s powerful autobiographical piece about the struggle to get attention to AIDS as a real health crisis, made its off-Broadway debut in 1985, and has been voted one of the most important plays of the 20th century by London’s National Theatre. It made its long overdue Broadway debut in 2011 in a universally acclaimed production followed by a multi-awarded, highly praised HBO movie in 2014.

In 2014, The Necessary Theatre’s artistic director Bart Guingona ran across Philippine HIV statistics in a news item and realized that present-day Manila was a frightening mirror of 1981 New York. He was determined to stage the play as an important cautionary tale reflecting our own times.