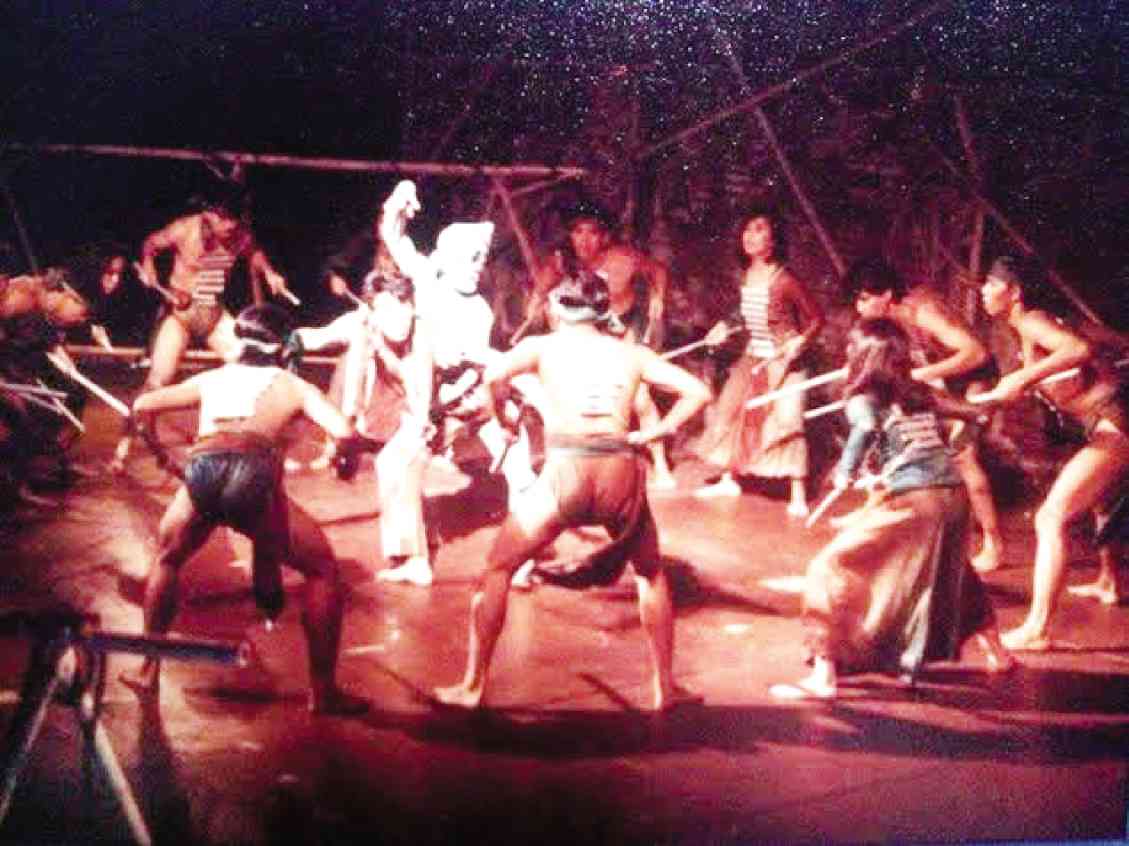 Denisa Reyes and her ongoing dance with theater

Denisa Reyes, this year’s recipient of the Gawad CCP Para Sa Sining for dance, wishes she has more opportunities to do theater productions.

“I like working with actors,” she says. “With dancers, you have to give them steps. You start with an empty frame, and you have to create from there. But with theater, you cull from the script. You have the director directing the actors from the script, and that’s where you derive the movement.”

Reyes considers her work in the 1989 Philippine Educational Theater Association (Peta) production of “Diablos” as the beginning of her relationship with theater.

“I was in New York,” she recalls, “and I got a letter from Maribel Legarda (then director of Peta’s Kalinangan Ensemble) if I would be interested in working with its actors. Of course I said yes.”

Based on a libretto by Al Santos that drew inspiration from Southeast Asian myths, “Diablos” is now considered a milestone production in Peta’s history.

Legarda had seen “Muybridge Frames,” a Reyes creation and had been a Denisa Reyes fan ever since. “I really pushed for Denisa because I thought Peta could benefit from working with her,” says Legarda.

There was hardly anyone who could be considered a dancer in Peta at the time, so “she really pushed us,” recalls Legarda. “We would have classes from 12 noon and then rehearse up to midnight. Choreographically, she did not really do dance steps, but movement that suited the actors.”

Lutgardo Labad, who was head of Peta’s music committee for the production, recounts that “Diablos” benefited a lot from the willingness of Reyes to work with the cast in expanding the creative movement language of the production.

“I worked a lot with the actors,” says Reyes. She is quoted in the book “The Story of Peta” as saying: “Through group improvisations, rich visual images emerged. I was challenged to explore new directions in movement.”

Improvisation with actors is a process that has become essential for Reyes.

“With Denisa, rehearsals become a laboratory process,” says Chris Millado, Cultural Center of the Philippines vice president and artistic director, who has collaborated with Reyes on a number of productions.

“I wanted to work with her after seeing ‘Diablos’ and her ‘Asong Ulol.’ The opportunity presented itself with ‘Paglayang Minamahal,’ a winner in the Centennial Sarswela Competition that was to be produced by Tanghalang Pilipino. I wanted to contemporize the sarswela, and I knew Denisa would be right for it.”

Millado and Reyes would go on to collaborate in Tanghalang Pilipino’s “Stageshow,” which won the Gawad Buhay! for Outstanding Musical Production and Outstanding Choreography in a Musical for Reyes in 2012.

“I enjoyed working in ‘Stageshow’ because I was familiar with the milieu,” says Reyes.

“She was familiar with Bodabil,” Millado agrees. Together, they successfully worked on how to tell the story through dance and movement without stopping the action and narrative.

Reyes wishes, though, that she has more time to work with the actors, especially to define the language of movement appropriate to their characters in the production. Such was also the case with “Mabining Mandirigma,” her most recent collaboration with Millado.

“We were working with steampunk as a concept,” she says. “But what does that mean in terms of movement? Ample time is needed to workshop the actors.”

Reyes also considers “Lapu-Lapu” (directed by Behn Cervantes), “Once on This Island” (Bart Guingona) and “Mulan” (by this writer) among her other memorable theater collaborations.

Reyes has gone beyond choreography for the theater by directing plays for the Virgin Labfest. “Hubad,” by Liza Magtoto, which featured Nonie Buencamino and Irma Adlawan, became an audience favorite and a critical success; she and partner Mark Gary later directed a film adaptation of the play.

While Reyes is more remembered for her dance choreography and the Neo-Filipino dance series that has served as the platform for Philippine contemporary dance, she aspires to direct more plays and dance theater productions.

“I really want to direct,” she says. “I prefer to work with young choreographers because I have run out of steps. In a way, you can say I am now directing other choreographers.”