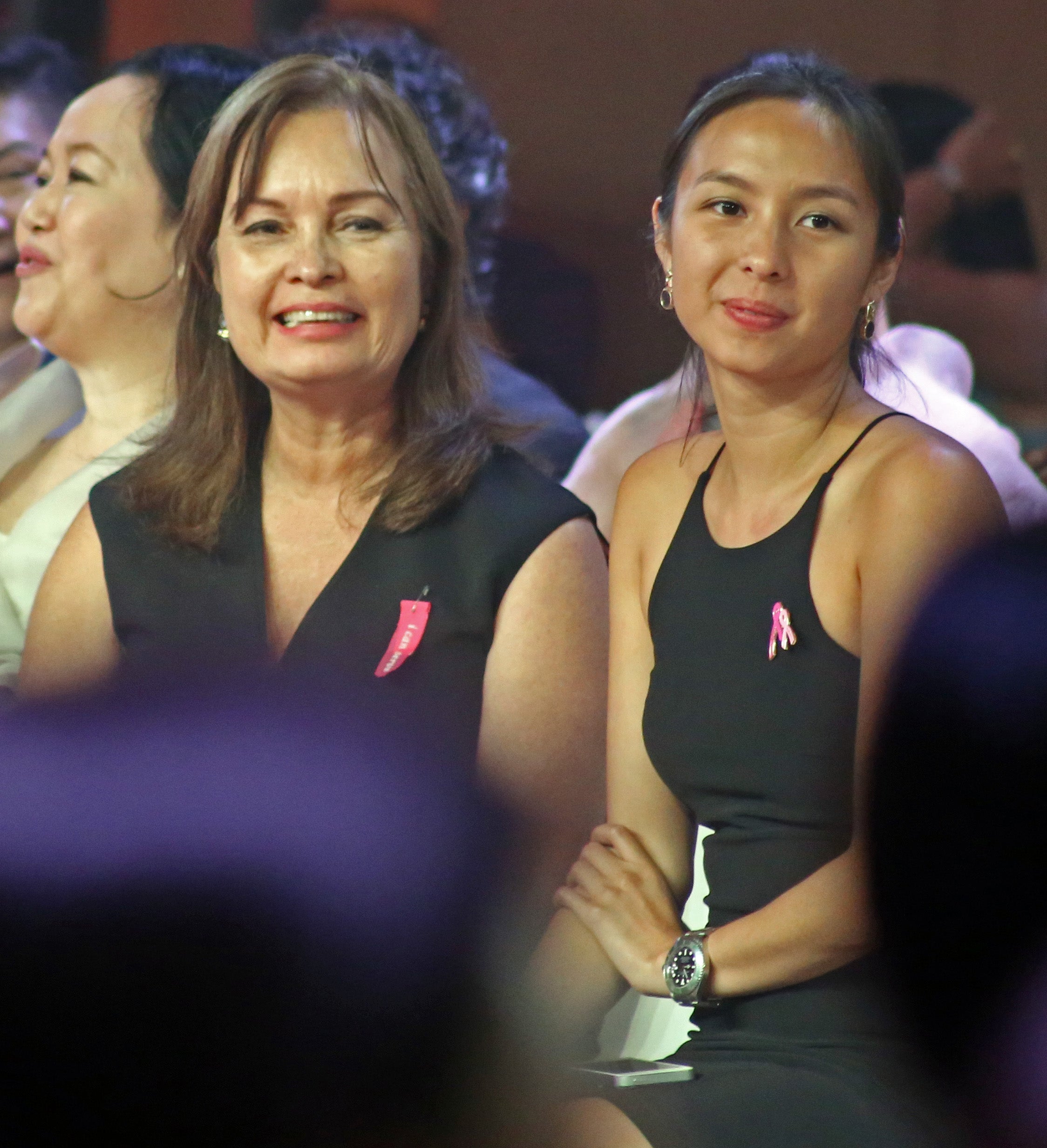 Established in 1999 by breast cancer survivors Kara Magsanoc-Alikpala and Crisann Celdran, ICanServe Foundation is an advocacy group that provides hope and help for at-risk women by championing awareness and early detection and treatment of breast cancer.

“I’m also a breast cancer survivor,” said Libet Virata, ICanServe chair, who opted for a lumpectomy and radiation. “It was almost stage one, but not quite there yet.”

Virata’s experience taught her the importance of early detection. As foundation chair, she now wants to share with more women the need  to undergo regular mammograms, especially in poor and remote areas of the country.

“I feel like a fake beside other breast cancer survivors who have gone through so much,” she said. “For us here, it’s easy to have a mammogram, but what about those women who live in remote areas with no doctors? That’s why we first started training barangay health workers on how to do physical breast exam.”

But what could these women do once they found out they have breast cancer? ICanServe is partnering with cities that are willing and able to commit funds to help women deal with the disease.

The foundation started with a grant from the American Cancer Society in 2007. The first “Ating Dibdibin” outreach was in Marikina, followed by Panabo in Davao, Taguig and Muntinlupa.

“It takes quite a while, because for the program to be effective, we have to partner with cities who have funds to commit,” said Virata. “Those who are diagnosed need immediate treatment. If they need surgery, the city is committed to shoulder or at least subsidize their operation.”

Marikina has been one success story. Barangay health workers there have become so skilled in doing physical breast exams that they no longer need ICanServe’s help.

“What’s nice is they even come to help us as we do outreach in other cities like Muntinlupa,” said Virata.

At the same time, ICanServe is also promoting awareness among women themselves, by teaching them to be more  mindful of their bodies.

“Some women are indigent, but some are simply too scared to face the truth,” said Virata. “It’s so Filipino to think that if you don’t mind a seemingly minor ache or symptom, it would eventually go away. Some women are afraid to know the truth because that would mean losing their jobs or depleting the family’s savings.”

When they do decide to seek help, many have already stage-four breast cancer. ICanServe’s other appeal is for them to seek help early. After all, the Philippines has one of the highest rates of breast cancer in the world.

“They shouldn’t be scared because the earlier they deal with it, the better their chances of success,” said Virata.

The money I Can Serve generated from Tuesday night’s event will be used as additional funding for its “Ating Dibdibin” program.

The foundation’s ultimate goal is to have a nationwide presence. Early detection and treatment are the key.

For more information on how to help, visit the foundation’s website at www.icanservefoundation.org or e-mail them at [email protected].