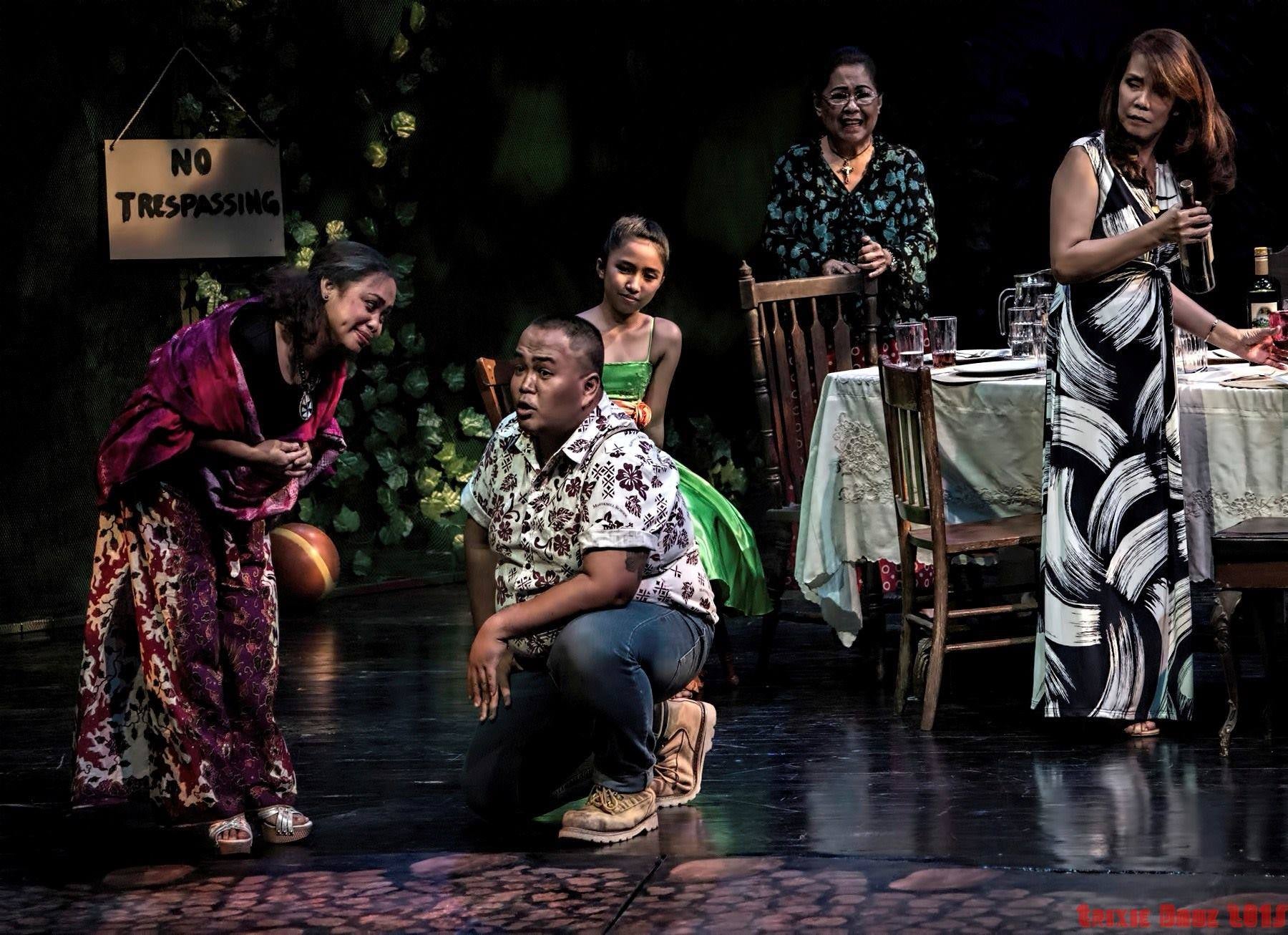 In the latest offering of Tanghalang Pilipino, Kanakan Balintagos’ Palanca award-winning play “Mga Buhay na Apoy” delves into the marred relationships among members of a family.

The painful past haunting a mother and her children is further emphasized as they look back to their indigenous Palawan roots and spiritual traditions.

For Balintagos, what makes the full-length play strong is the Palawan mythology intertwined in the storyline.

“I grew up with my mother’s stories. It was really drawn from real life. Stories that my mother tells me to put me to sleep,” said Kanakan, whose mother was from an indigenous tribe in Southern Palawan.

“In Palawan, ‘diwatas’ (fairies) are being respected. That’s why there are ‘pagdidiwata’ rituals. South Palawan is a very magic realist landscape,” he said. “It is something special that the purer cultures have mystical and magical culture.”

After writing “Mga Buhay na Apoy” in 1994, Kanakan took a respite from his theater work at University of the Philippines and decided to go back to Palawan.

READ: Filmmaker Kanakan Balintagos returns to the stage with his ‘prodigal play’

“People were wondering I suddenly disappeared from the theater scene. That was when I went home in Palawan. After I wrote this play, I was so inspired that I have to trace the roots of the myths … just like one of the characters in the play,” he shared.

“I think it’s very important that we go back to our origins to know who we are. People will truly see themselves in the play,” he added.

Balintagos thought he lost his copy of “Mga Buhay Na Apoy.” After 20 years, it reappeared when he was searching for the script of his play “Esprit de Corps” which he later turned to a film for the Cinema One Originals Film Festival last year.

“That’s why I believe that there are stories that are meant to be told in its right time. It reappeared. It has a life of its own. Its time has come,” he said.

The play, which is his debut staging for Tanghalang Pilipino at Cultural Center of the Philippines, comes off as refreshing because it’s been awhile since the audience last saw a “straight drama,” according to Balintagos.

He said he felt fulfilled that he was able to accomplish a Chekhovian structure in writing the play.

“I’ve always wanted to achieve a Chekhovian drama, a realistic family drama that has four acts and one setting only. I told myself I can do that style too,” he said. “As a playwright, I want to learn the different structures of different writers. I am thinking of using the Shakespearean structure for my next play.”

For actress Irma Adlawan, whose character (Leda Santos) was based on Balintagos’ mother, “Mga Buhay Na Apoy” wasn’t created only to entertain.

“This piece is very well-written. It says so many things about family relationships. It’s giving women a voice,” she said.

“Theater should not be only entertaining but also thought-provoking. That’s what’s different about it. It has to touch the soul, mind and heart … to make us think, act and understand.”

Adlawan said it felt good to be back on stage after taking a rest for three years.

“Aside from the fact that it’s been a long time since I’ve done theater, it’s the people and the process (that I miss). The special thing for me is the process (I) go through before (I) get into the character which is very fulfilling for me as an actor.”