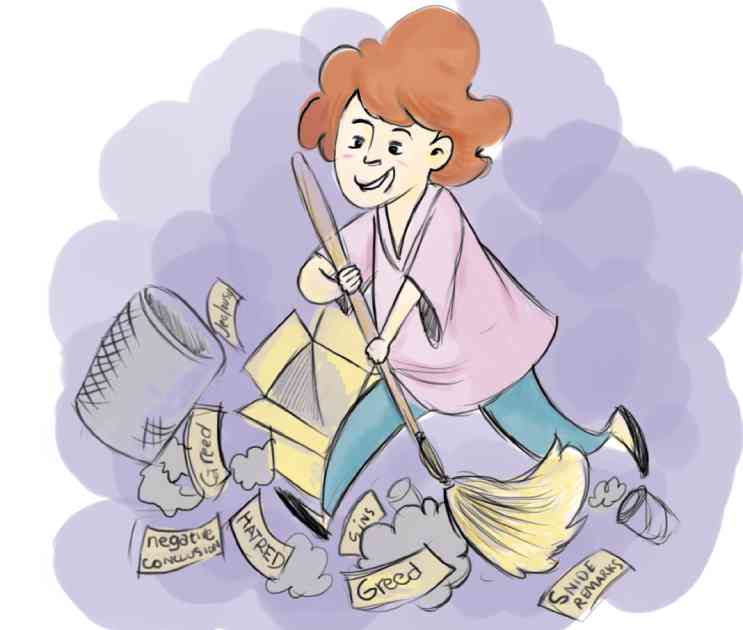 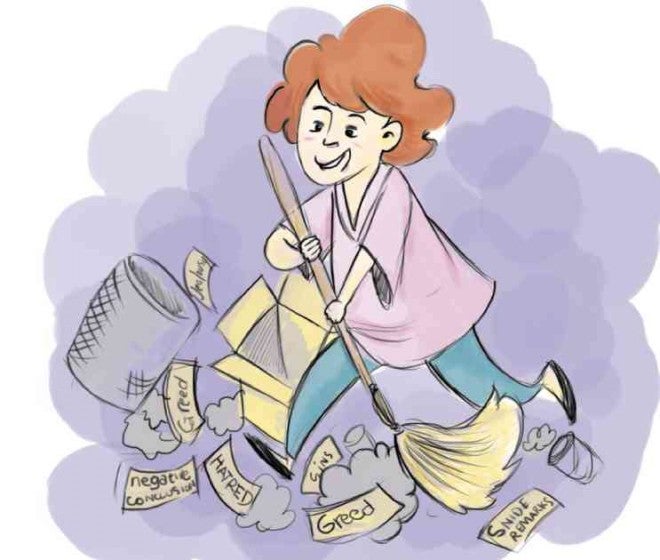 YOUR mantra for the week: “I am made from the light of God, and wherever I go, all darkness disappears.”

In a Roman Catholic country like ours, the information I am about to give will probably shock a lot of readers. If you ever heard anyone say that Jesus of Nazareth never heard of the word “God,” the first thought that would come to you is that this person is not only blasphemous, he is also out of his mind.

But the explanation is very simple. The word “God” is of German origin, and in the Teutonic language (before 800 AD), it was “Gott.” And inasmuch as the Teutons believed in many gods, the plural was “gutha.” The word “guth” was formed from the root verb “ghu” (to invoke or to call the gods).

In modern German, the word used is now “Gott.” Please take note that in the beginning, “Gott” was neutral and had no gender.

That is why, in IAMISM, which I teach, God is an It.

However, in the bible, Jesus used the word “Father,” because to father means to sire. It assigns God a gender. In IAMISM, the word “desire” is simply siring that which we are craving in our minds and hearts.

In the Aramaic language, which was Jesus’ native tongue, the word for God was “Alaha,” which has no corresponding English word.

And that is why Jesus of Nazareth never heard of the word God. In Arabic, “Alaha” is called Allah. In Hebrew, it is called Alohim. All come from the Aramaic root word “Al”; the closest English word would be essence, substance or premise, which I will assume is love.

Christmas is just around the corner. Here are 10 things to do before Christmas to assure oneself a fabulous 2016:

1) Mantra three times a day: I am a winner and I always get the best.

2) Start “unhoarding” things you want replaced next year (yes, including your mates, especially when the relationship has become unworkable).

3) See how you can improve your looks. Do not stop until your friends notice. Consult if necessary.

4) Decree the best for three people you like the least in the Universe, or who have hurt you and whom you consider unforgivable.

5) At least once a week, do something extra nice for someone you love.

6) Every morning when you awaken, affirm: This is God’s wonderful day and wondrous things happen to me all day long.

7) Reduce criticizing, gossiping, jumping to negative conclusions and making snide remarks to the minimum. When you happen to do so, apologize even just mentally and reverse with a praise.

8) Do not give a damn what people say of you. What they think of you is none of your business. Your only business is what you think of yourself.

9) Do not wait till Christmas to show your lovingness. Start this very Sunday.

10) Keep your tithes in order while constantly remembering it is what keeps you connected to the Source.

To all those running for public office: For a fabulous election 2016, please submit, in addition to the present requirements, the following:

Clearances from the NBI, PNP, barangay and BIR

Psychiatric test, to be certain that our leaders have no neurotic inclinations

A blood test instead of the usual drug test; the former has been proven to be more accurate in determining whether one is into drugs (you would be surprised to find out that even a national official could be a user).

Please, Comelec Chair Andy Bautista, give your assent to this. In many parts of the country, a number of public officials are reportedly not only users but also help push illegal drugs. Recently, a 15-year-old enrolled in a high-end school was caught selling drugs to his classmates.

Last Friday, the gala night of Ballet Philippines’ “Sarong Banggi” at the CCP Little Theater was met with thunderous applause. Not only did it showcase a magnificent new breed of dancers and choreographers, it was also made more exciting by the Philippines’ well-loved composer Ryan Cayabyab, who arranged and orchestrated 15 popular Filipino songs, among them “Sarong Banggi,” “Ay Ay Kalisud,” “No Te Vayas de Zamboanga,” and “Malinac Lay Labi.”

Margie Moran-Floirendo deserves a standing ovation for the work that she has done for Ballet Philippines. Bravo!

In the middle of the week, I was invited to a spectacular dinner hosted by Paul and Gela Cornelissen at Fashion Interiors, located on Chino Roces Extension, right beside Eco Plaza building in Makati.

This former warehouse is now divided into 20 awesome living, dining and bedrooms like never before seen in this town. And to think Fashion Interiors has showrooms in 11 countries displaying products manufactured in the Philippines. Yes, the furnishings are made in Pampanga by Far East Furnitures.

Paul and his son Paul Jay are responsible for the splendid furniture design and interiors. One has to visit to understand why I am using these hyperbolic adjectives.

On top of all this, you can rent the bar, special dining room and kitchen for parties for all occasions. You may bring your own chef, catering services and every drink imaginable sans corkage.

Among the guests were Mario Katigbak, who reminded us of Bulgari’s Bridal Celebration at the launch of Inquirer’s newest lookbook, “I Do,” an insider guide for brides, to be held on Oct. 22, 6 p.m., at the Manila Peninsula; Rupert and Tina Jacinto, who are busy preparing for Rupert’s “Faaabvlous VI”; Becky Garcia and George Sarakinis, close friends of our hosts; Gela’s best friend Michelle Lee (they are both yoga practitioners); and the beauteous DJ Lopez, who does not know the difference between missionary, helicopter and washing machine. This is one case where ignorance is not bliss, as my witty sister Margarita said.

We were treated to a gustatory Italian dinner prepared by two chefs, Paolo Nesi of L’Opera and Philip Golding.

The surprise of the evening were the songs sung a cappella by Gela, who I suspected was a professional performer. My suspicion proved to be correct.

What a truly memorable evening. Three of the guests are now planning to host their own dinners in the next two months.

Publicist and journalist Norma Japitana celebrated her birthday last Wednesday and launched her latest book, “Then and Now.”

Norma and I go back a long way, so let me use the title of her book and do a then and now on her.

Then: Her first job was at the Armed Forces of the Philippines as senior research analyst. After getting a master’s degree in Ateneo, she joined an advertising agency as publicity director.

She then became involved in local and foreign films produced in the country, from script to production management, casting and publicity.

Also, she was a regular lecturer on communications at UP and other prominent universities. She also became vice president of a top record label.

I had the privilege of meeting Norma when she started writing columns for various broadsheets and tabloids. That was during pre-martial law days when I produced Ishmael Bernal’s first film, “Pagdating sa Dulo,” and became friends with many personalities in show business.

My Conde de Makati column brought us closer, as we exchanged research material on varied subjects.

Aside from three other books she has authored, her novel is now being considered for publication in the United States.

It looks like her Now was my Then. I began writing a novel as a teen and moved on to painting, which she is now doing. I consider Norma J, all her life, as Norma the J-ubilant.

Last week, in all major dailies, a photo of Sen. Bongbong Marcos’ proclamation as a vice presidential candidate was featured, showing him with three of his stellar supporters— his mother Imelda, Manila Mayor Joseph Estrada and Sen. Juan Ponce Enrile. They all have something in common. The picture is not only historical, it borders on the hysterical.