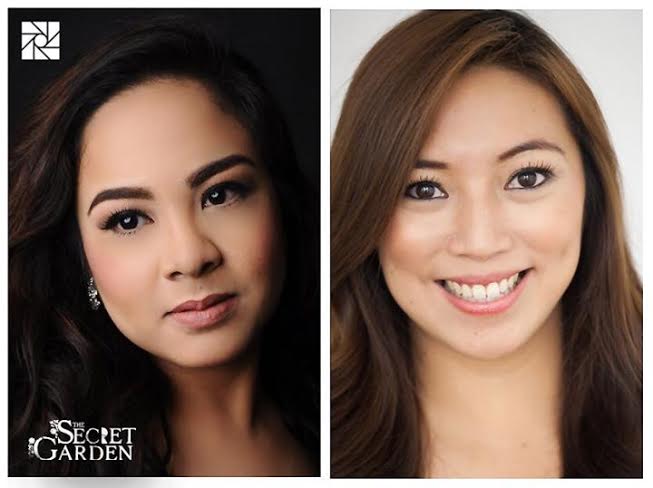 Caisa Borromeo, back at Rep: ‘It always feels like going home’

Repertory Philippines’ year-end big musical this year is “The Secret Garden,” adapted from the novel by Frances Hodgson Burnett, where orphan Mary Lennox has to solve the mysteries of finding a hidden crying child in her uncle’s house and finding the key and door to a secret garden.

With music by Lucy Simon and libretto by Marsha Norman, the musical was previously staged by Rep in 2001. This year’s staging will be directed by Anton Juan, whose last directing credit for Rep was 2011’s “The Joy Luck Club.”

Musical direction is by Joseph Tolentino, with vocal coaching by Camille Molina, set design by Ohm David and costume design by Bonsai Cielo.

Three actors from the 2001 staging—Lorenz Martinez, Noel Rayos and Oliver Usison—will also be part of this year’s staging.

Aside from lead character Mary Lennox, played by 12-year-old Ashlee Factor and 9-year-old Ginger Karganilla, there is another female in the musical whose presence looms large: Mary’s aunt Lily Craven. This role will be played by Caisa Borromeo and Myramae Meneses.

Borromeo started her theater career with Rep with the titular role in “Snow White and the Seven Dwarves” back in the early 2000s. She’s since been in several productions with Rep, and won the 2010 Philstage Gawad Buhay! for Best Female Lead in a Musical for her portrayal of Jo March in “Little Women.”

Her most recent production with Rep was “4000 Miles” earlier this year.

“I grew up in Rep!” she says. “I started taking workshops with them when I was 10. While I’ve worked with other theater companies and directors over the years, it always feels like going home whenever I work with Rep. There’s a certain aspect of respect and gratitude that comes with working with Rep.”

Now she opens up the Rep home to a new member. Meneses says she’s enjoying her foray into Rep.

“They’re nice to work with. They’re very professional. I’m excited to be part of Rep because of their good reputation and their fantastic artists.”

Meneses’ recent credits include Musetta in Musicartes’ “La Boheme” and Maria Clara in “Kanser: The Musical” (Noli Me Tangere) for Gantimpala Theater and “Noli Me Tangere: The Opera” for J&S Productions and Dulaang Unibersidad ng Pilipinas.

She’s had a solo concert with Manila Chamber Orchestra Foundation. In 2010, she won the lone top prize for Category C in the National Music Competitions for Young Artists (Namcya).

“I’m so happy to be working with Myramae,” says Borromeo. “Her voice is amazing! It’s so interesting to work with people with different backgrounds and training. You learn so much from them and the process becomes very collaborative.”