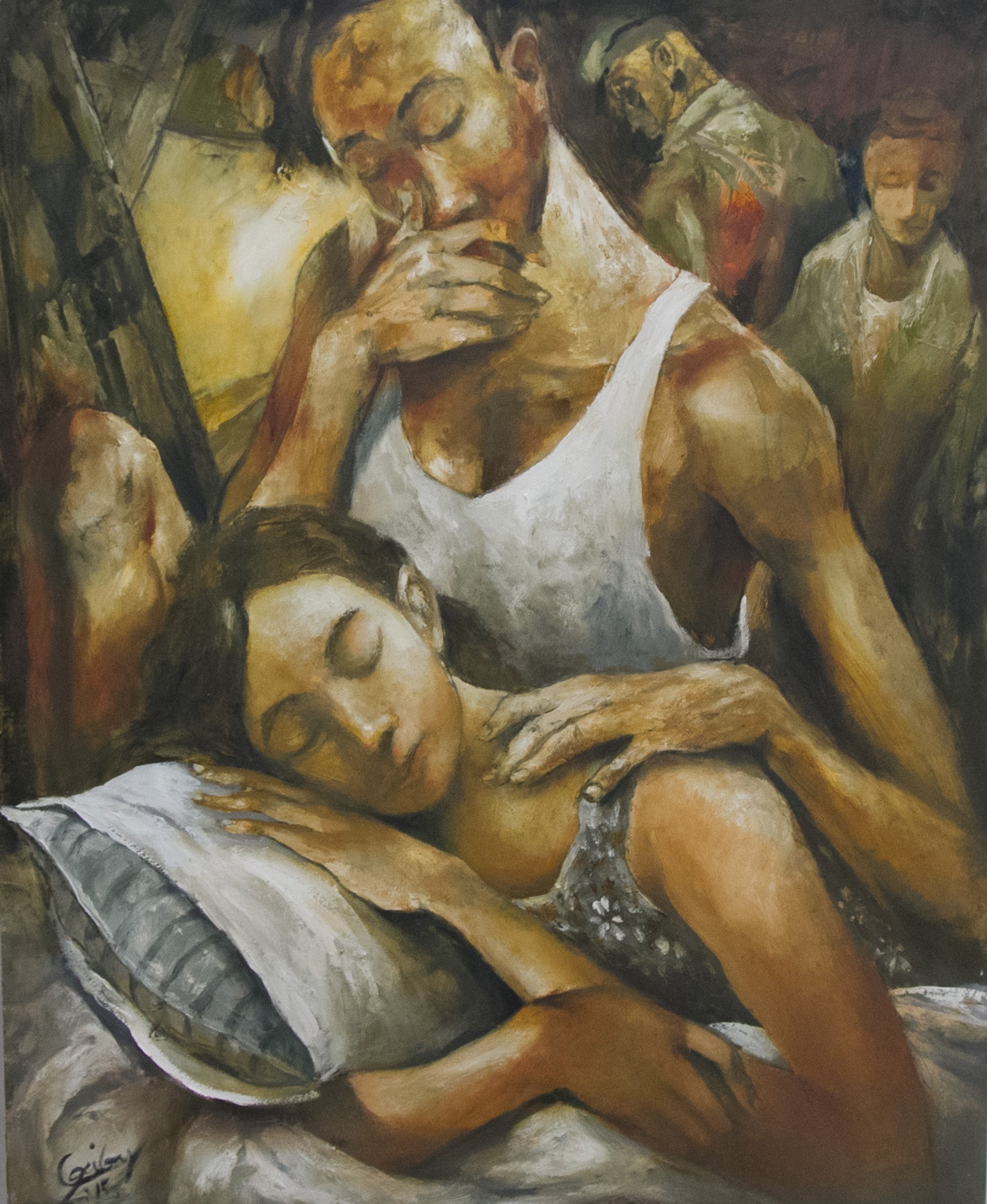 ‘Money should never be an issue when you need counseling’

“Sketches of the Spirit,” an art exhibit featuring the works of more than 20 artists, intends to raise funds for upcoming projects of the Ruben M. Tanseco-Center for Family Ministries (RMT-Cefam) and Cefam Alumni Association, Inc. (CAAI).

CAAI founding president Maria Lourdes Almendras said the works of National Artists Arturo Luz and Jerry Elizalde-Navarro are part of the exhibit that will run from Nov. 12 to 26 at the Yuchengco Museum in Makati City.

Opening cocktails will be on Nov. 12 at the museum’s Dragon Gallery.

Almendras said the artists have agreed to share portions of the sales to CAAI’s projects to support the association’s plan to establish a systematic network of professional counselors who graduated from the original Cefam’s one-year non-degree Professional Diploma in Family Ministries.

Almendras added that CAAI is also contributing to the ongoing renovation of the 20-year-old Cefam building at the Ateneo de Manila University campus in Loyola Heights, Quezon City.

Fr. Ruben M. Tanseco, SJ, founded the original Cefam or Center for Family Ministries in 1987 to “promote and enrich the Filipino family as a domestic church—a community of love, justice, freedom and peace.”

Cefam was eventually registered as a nonstock, nonprofit corporation with the Securities and Exchange Commission. It is still being supported by volunteer individuals and families, partner-agencies and organizations. It has since been renamed RMT-Cefam to acknowledge Fr. Tanseco’s contributions to strengthening the Filipino family, and addressing the concerns its members face on a daily basis.

Almendras said CAAI wants to gather all of its alumni and construct a network to bolster its current roster of 30 professional counselors.

“The CAAI is an organization of students who graduated from Cefam,” she noted. “A lot of the graduates come from the Visayas and Mindanao. The mission is for CAAI to be the instrument for organizing these graduates, and create a network in the provinces so that RMT-Cefam can also offer supervision over counselors.”

RMT-Cefam offers psycho-spiritual counseling in Ateneo in Quezon City and Don Bosco in Makati City through alumni who have completed the non-degree diploma in family ministries.

But while CAAI remains in touch with Manila-based graduates, it has difficulty reaching out to those who have returned home after pursuing the course on counseling.

“After a batch graduates, they are encouraged to join the association,” said Almendras. “But sometimes we lose touch when they go back to province.”

She pointed out that as soon as CAAI—established on Nov. 23, 2011—has access to a more systematic network of professional counselors, the group could easily refer those who avail of its services in the Visayas and Mindanao to counselors based there.

Fr. James Gascon, current RMT-Cefam head, said this comprehensive database of graduates “shall be the core of the establishment of CAAI satellites that would operate as “mini Cefams.”

“When you graduate from the program, you don’t become a counselor immediately,” Almendras explained. “One must undergo an apprenticeship program to eventually qualify as Counselor I, then Counselor 2, and finally as Senior Counselor.”

She also pointed out that while some graduates have set up their own counseling centers and charge specific rates for their services, “in RMT-Cefam we still rely on donations… The art exhibit will also support RMT-Cefam since we rely only on donations. Fr. Tanseco does not want to charge, especially those who cannot afford to pay for counseling. Money is never an issue not to get counseling.”

In an interview, Fr. Tanseco noted that the greatest threat to the Filipino family at present remains “the influence of Western culture that is very mechanical, machine-oriented, scientific but secular and ego-oriented… Rather than surrendering oneself to God, people are now less spiritual and more materialistic.  Families need to be aware of this to increase and deepen the members’ efforts to be strongly united and caring.”

He added: “Families may eat together but they pay more attention to their gadgets instead of engaging in dialogue and enjoying the company of other members.”