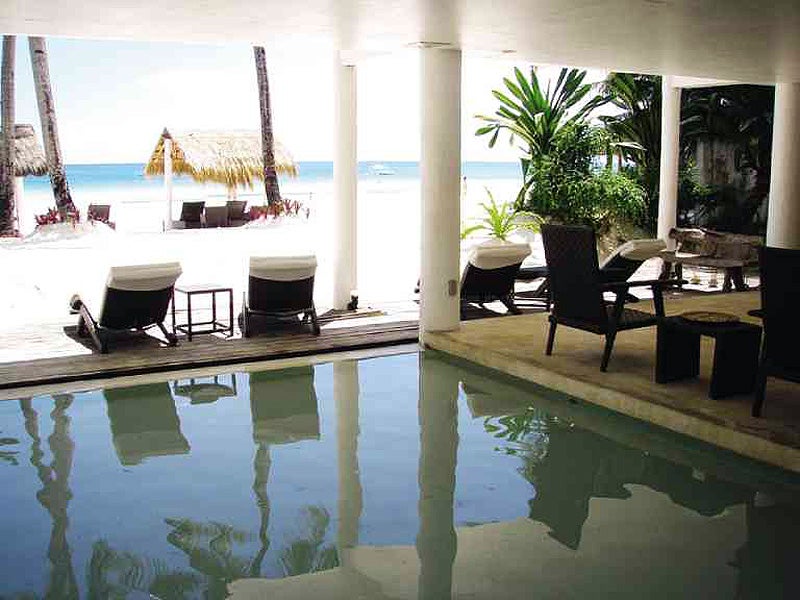 Pearl of the Pacific Resort

Helping keep Boracay the way it was

As the growing influx of tourists inevitably requires resort owners in Boracay to keep building, no one seems more determined to keep their island the way it’s been the last few decades – despite the growing demand for development – than the owners of Pearl of the Pacific Resort, Greg and Marilou Sanson.

Having lived on the island since it was at its purest, the family understands that the place has a heart, and to build recklessly and irresponsibly on top of it is equivalent to choking its valves. As their daughter Rita very succinctly put it, “Pearl of the Pacific is the only resort in the island which maintained what Boracay was before, and what it should be today.”

She’s right, too. Pearl of the Pacific is one of the island’s premiere resorts, sitting on an eight-hectare area of lush forest, gardens, hills and powder-white sand. It prides itself in its tranquil surroundings, a haven for couples, groups and families who come to the beach to reconnect with the earth’s spirit and their spirituality, rather than to lose them.

With over 50 spacious rooms done by international designer Budji Layug (all with verandahs overlooking either the garden, the pool, the hills or the beach), Pearl of the Pacific has long established itself as a top-rate resort which has developed according to the flow of nature, never against it.

So when increases in tourist arrivals began convincing the owners that it was time to expand, they turned to the serene hills of their forest land rather than the spacious sand area in front of them. And when the owners decided it was time to renovate their existing infrastructure, they made sure the resulting structure will be just as airy, low-impact and natural as it has always been. Even their outdoor bar is decidedly unobtrusive, an enchanting bamboo installation by Royal Pineda.

The newly added Pearl Residences will be a four-story condominium-style building overlooking the island’s breathtaking forest and its surrounding sea. It is a short walk from the Shrine, the Mary Mother and Queen of all Nations chapel, surrounded by trees and the kind of silence only God and nature can provide.

The Residences will have 21 units available within the year (loft, two-bedroom, one-bedroom, and studio type), all fitted with energy-efficient fixtures and large windows that open up to a breeze so fresh it would be silly to turn on the air-conditioning.

“We made sure the forests on this land are retained,” says Mabel Martinez, Pearl of the Pacific general manager. “The owners want the big trees unmoved; they have always believed that their roots are the ones holding the land together. Besides, we don’t want to kill the fireflies.”

Pearl of the Pacific offers spa and salon services, excellent bar and dining amenities (including an outdoor grill dinner buffet at P550 per person), but according to Martinez, everything will be refurbished.

As long as the beach and forest remain the way they are for many years to come, everything will be perfect as it is at Station 1. And, fortunately, Pearl of the Pacific will make sure it does.