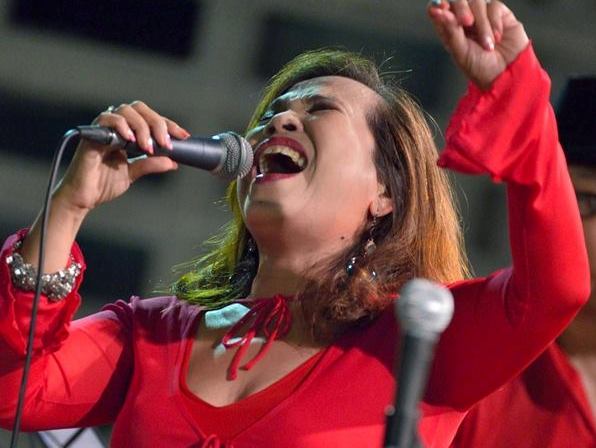 The creative collaboration between Japanese and Filipino musicians will be highlighted for three days at the Tokyo-Manila Jazz and Arts Festival, set to open on Nov. 6 at the Carlos P. Romulo Auditorium in RCBC Plaza, Makati.

The event, now on its fourth year, debuted in 2012 in Tokyo—spearheaded by Japan-based Filipino singer Charito, who is also one of the featured performers.

She is known for having worked with the likes of French maestro Michel Legrand, Brazilian pianist-composer Ivan Lins and American drummer Harvey Mason.

Another Filipino singer, the United States-based Mon David, is returning to perform in the festival after having been in the first edition.

In 2006 David won the grand prize in the London International Jazz Competition, besting 106 vocalists from 27 countries.

Also in the roster of artists in the festival are pianist Yuki Arimasa, saxophonist Tetsuro Kawashima, bassist Kengo Nakamura and drummer Andrew Dickeson.

Dickeson, a native of Australia, has played with Charito in a recent jazz fest in Sydney.

Arimasa and Nakamura, both graduates of the prestigious Berklee College of Music in Massachusetts, are highly regarded musicians in Japan.

Another Japanese, Kawashima, has been acknowledged as one of the best sax players in his country.

“I’ve always loved the idea of collaboration with musicians from different parts of the globe and learning from them,” David told Inquirer. “Japanese musicians are some of the finest in the world. One thing I admire is their sense of discipline… And I also learn from the young musicians in the workshops.”