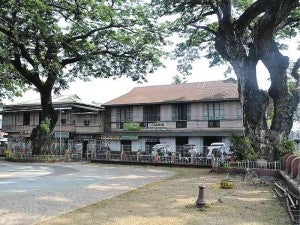 With its four cities and 44 towns, the storied, populous province of Pangasinan recently celebrated its 431st Founding Anniversary (Agew na Pangasinan) with a myriad of activities.

These included a song-and-dance beach party, a grand ball and a civic parade around the stately Capitol grounds with street dancing, walking contingents caparisoned in imaginative costumes and a float competition.

Places to eat include Hardin sa Paraiso in Manaoag and (in Dagupan City) Park &amp; Kim, Todd’s, and Pebble Beach Café; and in Lingayen, the Capitol Resort Hotel (for its Bolinao longganisa). Manila bus lines which go to the province (up to Bolinao) are Victory Liner and Five-Star. 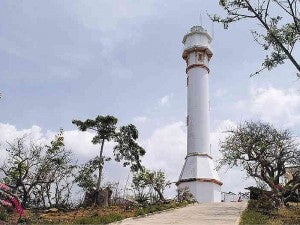 A new ecotourist attraction is Dasoland (a family adventure park), located in a remote plantation filled with mango trees in San Vicente, Dasol, just a town away from northern Zambales. Of the huge property, 62 hectares have been developed for ecotourism purposes (e-mail [email protected]).

Children can go horseback-riding, swimming, or scampering around in the Play Port and playground. There are day tours and, for a longer stay, quaint cottages. 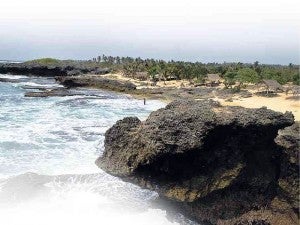 Most impressive for me was the Villa, a faithful recreation of a bahay-na-bato (ancestral home), complete with antique furniture, art-nouveau wood carvings, grand stairway and capiz-shell windows. On the second floor is a panoramic view of the surrounding landscape. The Villa offers space for cultural activities.

The emerging ecotourism center in Pangasinan is Bolinao, on the northernmost tip of the province, facing the South China Sea, with its clear aquamarine waters (during high tide, however, visitors find the waves a bit strong for swimming), caves, falls, hotels and beach resorts with white sand.

A famous landmark is the Cape Bolinao Lighthouse, built in 1905 by a British and a Filipino engineer, located 18 km  from the town proper. At 351 ft above sea  level, it is one of the tallest in the country, with 135 stairs. The lighthouse is a frequent site for location shooting, the most recent one being a movie starring Richard Gutierrez and Angel Locsin.

Down below, you can see the big, wide beach garlanded by foliage and resorts ranging from budget to standard. 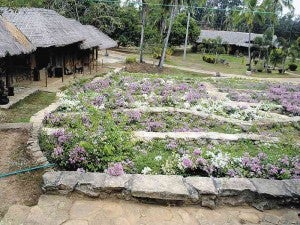 On the way to the lighthouse, an unpretentious sign Cottage for Rent led to a nondescript hillside and there was this superb seascape, boulders and rock formations, twin beach coves with the waves crashing down below us; and twin, rugged sea cliffs jutting out, almost needle sharp, into the sea.

This resort was, to our surprise, Solomon’s Paradise, owned by Australian Brett Solomon (check the Internet and his Facebook), who discovered this place in the wilderness by hacking his way through. His story is a familiar one. An adventurous foreigner comes to the Philippines, falls in love with the beauty of the archipelago, marries a local belle and proceeds to create an oasis of his dreams.

The resort has two viewpoints that are, as the media colleagues pointed out, nice spots for writing. So I felt like Heathcliff on the cliff brooding over the Yorkshire moors. Or, to make it more Hollywoodish, we felt like Leonardo DiCaprio in “Titanic”—“on top of the world.”