The real Manuel Luis Quezon, beyond the posture and bravura | Lifestyle.INQ ❮ ❯ 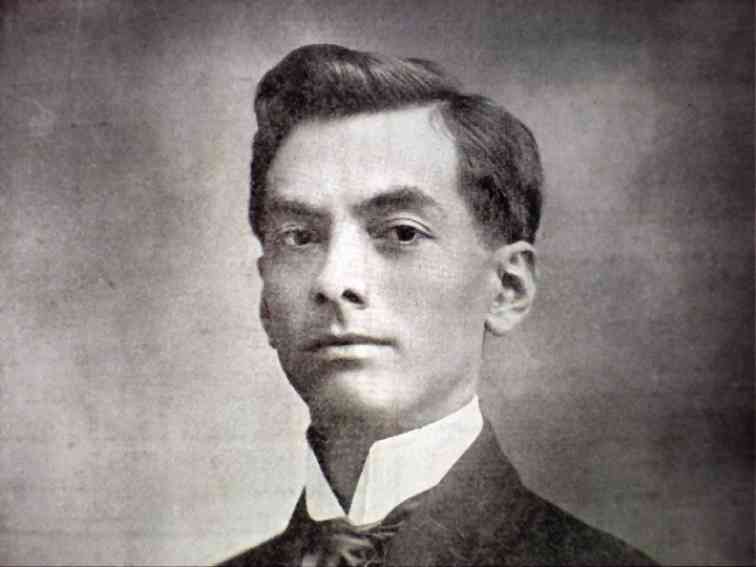 The real Manuel Luis Quezon, beyond the posture and bravura

IF YOU’RE familiar with Manuel L. Quezon in his official photographs, wait till you see him in his youth, particularly those images younger than that on the P20 bill.

A few of these early photos were shown blown up onscreen during Inquirer columnist and historian Ambeth Ocampo’s recent lecture on the Commonwealth President at Ayala Museum, the third in a series billed as “History Comes Alive!”

At 5 feet and 6 inches, Quezon cut a trim figure, always dapperly dressed and elegantly poised. He was rather small by today’s standards, but the way he carried himself, held up his chin and angled his face made him look imposing.

As those early photos were shown one after another at the start of the lecture, the audience of over 400 oohed and aahed. He looked like a movie star.

In fact, he was much more than that. One foreigner contemporary had described him as “handsome as a Roman god,” possessing a ruthless jaw with a mouth “downturned distastefully at the corners, as though expecting his intelligence to be insulted.”

Ocampo said he wanted to present Quezon the man, beyond the textbooks, beyond the posture and bravura.

He did this with characteristic wit in his running commentary, aided by photos of personalities and landmarks, a film clip of the presidential inaugural, voice recording, textual illustrations from books and documents, manuscripts of letters, sketches and drawings, postage stamps and currency bills, maps, trivia and ephemera.

He pointed to how the old road from Manila to Ipo Dam followed Quezon’s profile, just as the map of Apayao province formed Marcos’ profile. He showed how, with some folding trick, Quezon’s image on the P20 bill could be contorted to look like a cartoon character’s, just as Queen Elizabeth’s face on the pound note could be made to scowl or smile. (Trivia, of course, but that humanized the man.)

Manuel Luis Quezon y Molina was born on Aug. 19, 1878, in Baler in the district of El Principe. (During the American period, the military district was placed under the jurisdiction of Tayabas, which was later subdivided into Quezon and Aurora provinces, with Tayabas retained for the name of the town of the former and Baler becoming the capital of the latter.)

His parents were grade-school teachers—father Lucio from Paco, Manila, and mother Ma. Dolores from Baler. Both were Spanish mestizos, which explains Manuel’s European good looks.

He quit his law studies at University of Santo Tomas to join the struggle for independence against the Americans, became Gen. Emilio Aguinaldo’s ayuda de campo, and rose to the rank of major. After Aguinaldo’s surrender on April 19, 1901, he returned to law school and passed the bar at fourth place.

After working as a clerk and surveyor, he entered politics and became councilor, then governor of Tayabas. He was elected to the first Philippine Assembly (now House of Representatives) and lobbied for the passage of the Philippine Autonomy Act (Jones Law).

He was elected to the Philippine Senate and became its longest-serving president (19 years). He secured the passage of the Tydings-McDuffie Independence Law.

He married his first cousin Aurora Aragon, whom he addressed in his letters as “sweetheart of mine.” The two cut an elegant romantic pair. They had a son and three daughters.

In 1935, Quezon ran against Aguinaldo and Gregorio Aglipay at the country’s first national presidential election and won 68 percent of the votes. After a six-year term, he ran for a second term and won against Juan Sumulong, at the outbreak of the war.

He served in the government-in-exile in the United States for three years, until his death from tuberculosis at age 65 on Aug. 1, 1944, in Saranac Lake, New York.

He had written an autobiography, “The Good Fight.”

Quezon is credited for the Filipinization of the government, from the Supreme Court to his Cabinet. This reorganization was achieved through the establishment of the Commonwealth.

Of his numerous legacies, generations of Filipinos will forever be grateful for two: women’s suffrage in 1937; and the adoption of a national language in December that year.

On the first quote, Ocampo commented: “That’s why there are many balimbing [turncoats] these days.”

On the second quote, he wryly said: “So look what a mess we are now that we’re run by Filipinos.”

And, anyway, he added, that quote was taken out of context as it was incomplete. It was actually conditional and should continue thus: “… because however a bad Filipino government might be, we can always change it.”

Also, unknown to most Filipinos but earning international gratitude was Quezon’s humanitarian act in facilitating the entry to the country of Jewish refugees fleeing Nazi Germany, thereby saving 1,200 lives (just about as many as on Schindler’s list).

In Israel can be found a seven-meter high sculpture called “Open Doors,” a Holocaust memorial to honor and thank Quezon and the Filipinos.

Ocampo tried to balance the scale by presenting the considerable contributions to our country of such Americans as governor-generals William Howard Taft, Francis Burton Harrison and Leonard Wood, who were hated during the colonial era.

That widened one’s perspective of history.

He also delved into esoteric topics such as the Cabinet Crisis of 1923, government’s anomalous transactions with the Manila Railroad Co. or the Philippine National Bank—and yet made them all sound up-to-date and fun, to the audience’s gratitude and delight.

Also seen was filmmaker Jerrold Tarog, director of the recent hit “Heneral Luna.” (The young Quezon is played by Benjamin Alves in the movie. Tarog is planning to have Quezon for the last in his trilogy of revolutionary heroes, after Gregorio del Pilar.)

Ocampo jested that the attendees were a few hundreds less than in his Marcos lecture a month ago, as there was the phenomenal AlDub show at the Philippine Arena. So, next time, he’d think twice before holding a lecture simultaneously with a big showbiz event.