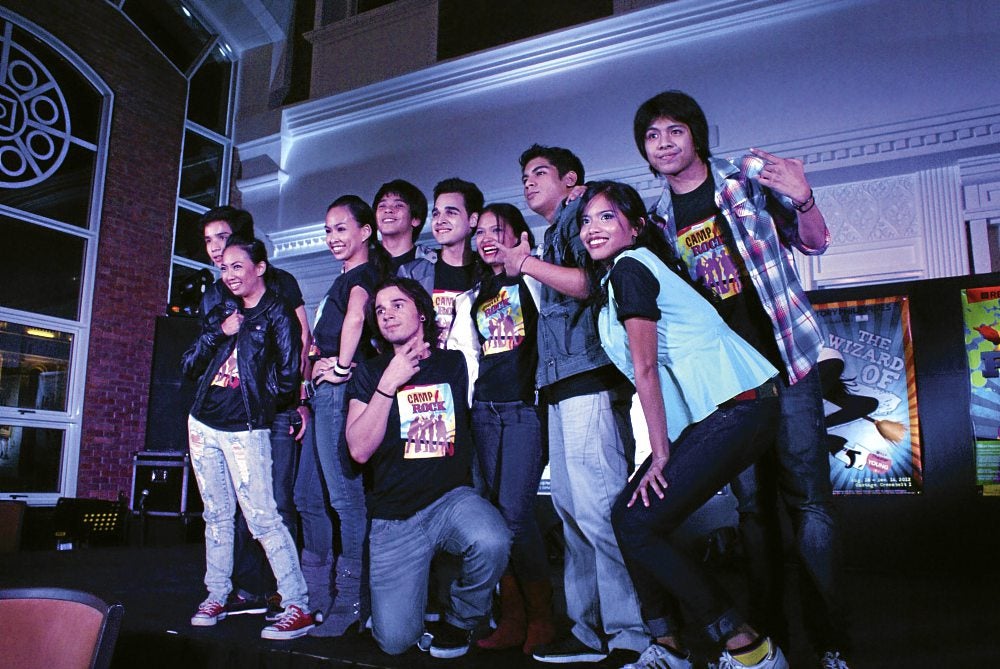 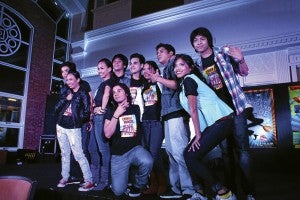 Just like the Philippine Educational Theater Association, Repertory Philippines was founded in 1967 and is celebrating its 45th anniversary. Next year it will be showcasing its 75th season, as it normally has two seasons within a given year.

And in 2012, the Rep will mount not just one or two but three big musicals.

This was announced in a celebratory press conference at the tony Enderun Colleges, a school for chefs at McKinley Hill, Fort Bonifacio, in Taguig City. (Incidentally, why name an important venue after the US president who approved the annexation of the Philippines in 1899 and thus launched the Philippine-American War?)

“We ended the year with a bang with ‘Peter Pan’ and we will open 2012 with a bang,” declared Repertory artistic director Menchu Lauchengco-Yulo.

Each of the five plays was given a production number during the press con, ranging from provocative to pulsating.

The award-winning “Next Fall,” by Geoffrey Nauffts, is a comedy-drama about the power of love to transform. It is a straight play about two gays: Luke, “who believes in God;” and Adam, “who believes in everything else.”

The excerpt during the press con pitted Adam (played by Bart Guigona) against Luke (James Stacey), in a sophisticated confrontation scene, with the skeptic demanding how one can reconcile being gay with belief in Christ. 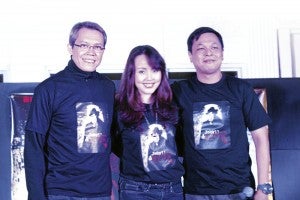 “Leading Ladies,” by Ken Ludwig, a wackier  type of comedy, is about two down-on-their-luck Shakespearean actors (played during the production number by James Stacey and Topper Fabregas) who concoct a plot to get rich by passing themselves off as elderly English women! Michael Williams directs.

“Jekyll & Hyde,” (by Frank Wildhorn and Leslie Bricuse) is based on the classic novel by Robert Louis Stevenson.

It marks the first time singer-actor Jett Pangan appears on the Rep stage and marks as well the return of Junix Inocian to Rep. Pangan interpreted the hit song “This Is the Moment” to loud applause. Yulo directs.

Cris Villonco also sang the beautiful “Take Me as I Am” to Williams. (Hey, there’s an age disparity there.)

“The Wizard of Oz” (music by Jeanne Bargy and Jim Eiler) is based on the book by Frank Baum but is not to be confused with the classic MGM film starring Judy Garland. So the kids and their parents will not hear the memorable song “Over the Rainbow.”

Instead they will be regaled by brassy-voiced soprano Bituin Escalante as the Wicked Witch. Joy Virata directs.

Finally, there’s “Disney’s Camp Rock: The Musical,” brimming with youthful energy, as the young talents of the Rep danced up a storm during the press con.

The 75th season of the Rep promises to be even more interesting and attention-calling than usual. Lovers of musicals perked up, and immediately took notice of the forthcoming treats.