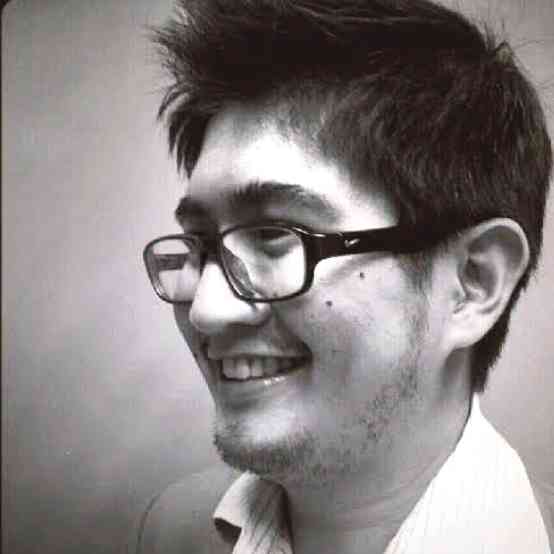 SIR ANRIL Pineda Tiatco (no, he’s not a knight; his first name really is Sir) has authored a new book on Philippine theater.

“Entablado” collects his previously published essays and scholarly papers that “attempt to continue the conversation on theater studies and performance studies in the context of Philippine scholarship.”

Tiatco has a Theater Arts master’s degree from the University of the Philippines, where he currently teaches, and a Theater Studies doctorate degree from National University of Singapore. He’s also written a few plays, among them the Palanca Award-winning “Miss Dulce Extranjera” and an adaptation of Francisco Baltazar’s “Orosman at Zafira” set to ethnic-rock music that was staged by Dulaang Unibersidad ng Pilipinas a few years ago.

The book’s writing style is academic and incorporates different kinds of critical theories, but Tiatco invites and encourages readers who are not familiar with this format to give the book a chance.

“Readers shouldn’t be intimidated by theories,” he says. “In fact, all theories should be questioned. It’s really an ongoing discussion of informed ideas and not just blank opinions.”

Tiatco begins the book discussing the state of theater scholarship in the Philippines, noting how the subject is taught here compared to other countries, and how theater studies (as differentiated from courses in acting and production disciplines like set or costume design) and performance studies are emerging disciplines.

He acknowledges the pioneering and influential works of Nicanor Tiongson and Doreen Fernandez in laying the path for his own efforts.

In later chapters, he analyzes the three-day Apung Iru (St. Peter) “libad” (fluvial procession) in Apalit, Pampanga, held in June, and the Holy Week “panata” (devotion) of being nailed to a cross in Cutud, Pampanga. He also analyzes selected productions directed by Jose Estrella, focusing on a phase in her career when she directed productions with no clear, linear storylines.

He also analyzes the 2009 protests organized by artists against the National Artists Award, which included a mock funeral. He explains how the acts can be regarded as protest performance and social theater. 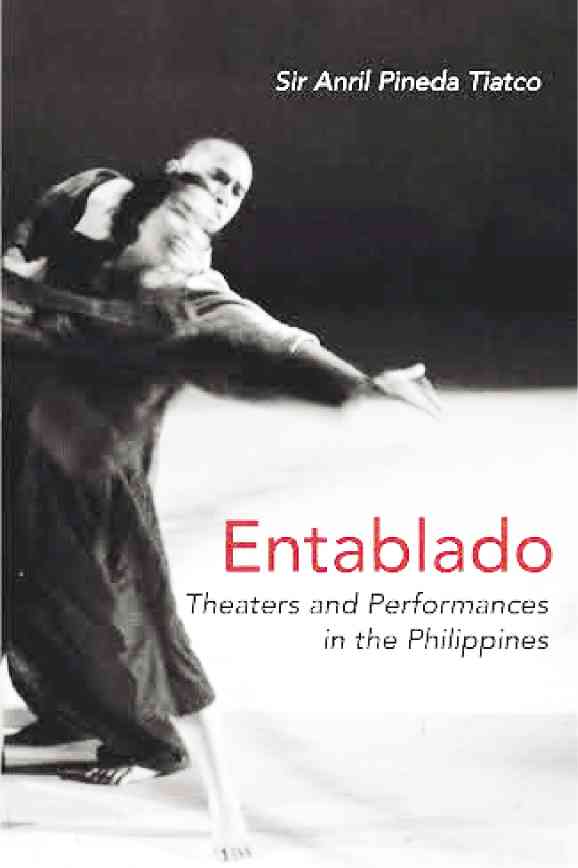 Tiatco pushes for a more open interpretation of what a “national theater form” should be.

A number of scholars have pushed for the komedya (a theater form evolved from the Spanish comedia; not to be mistaken as comedy) to become the country’s national theater form, similar to the way Kabuki and Noh automatically identify as Japanese, or wayang puppetry as Indonesian.

Tiatco actually has familial and emotional connections to komedya. “Tatang Sitong, my maternal grandfather was a komedyante, a komedya performer, in Pampanga. I was his number one fan. He influenced me so much to love the theater,” he says.

Nonetheless, he points out that picking this one form excludes other kinds of Filipino theater forms based on religion, language, politics, power and even location.

He rallies readers to remember that the Philippines is made up of more than 7,000 islands; ergo, it contains many different kinds of ethnic groups, cultures, languages and, thus, theater forms, too.

Rigor Tiatco was exposed to academic writing in college (Theater Arts in UP).

“I’d read books on critical theories. I fell in love with the work of theater scholars. I was fascinated with the rigor of the writing. That time, Oscar Brockett’s   ‘The History of the Theatre’ was our bible. I was frustrated that his book had no entry on the Philippines.”

“I was also engrossed with Doreen Fernandez’s book ‘Palabas.’ After she passed away, there was a gap in scholarly writing about theater and performance. No one followed in her footsteps.”

He points out that Fernandez’s essay on theater and martial law was the last entry about the Philippines in international academic journals.

“It was published in 1983! It frustrated me as a scholar and as a Filipino. Filipino theater was no longer being represented and included in international discussions.”

He felt a calling to make a difference. “I vowed to myself that I will one day fill in the gaps in the production of knowledge about theater and performance in the Philippines.”

As a grad student, he sent in a submission to Asian Theatre Journal that was promptly rejected.

“I was very idealistic,” he says, laughing. But he didn’t give up.

“I took the peer reviewers’ comments constructively. I rewrote my essay and it was accepted after I resubmitted it. Then we went through another round of revisions; that’s really part of the process of being peer-reviewed.”

Since then, his work has appeared in local journals like Philippine Humanities Review and Humanities Diliman, as well as international journals such as Journal of Southeast Asian Studies, Modern Drama and The Drama Review.

“Entablado” by Sir Anril Tiatco is available at the University of the Philippines Press Office. Contact 9266642, e-mail [email protected] or uppressbooks