How do you wear the ‘terno’? Let us count the ways | Inquirer Lifestyle ❮ ❯ 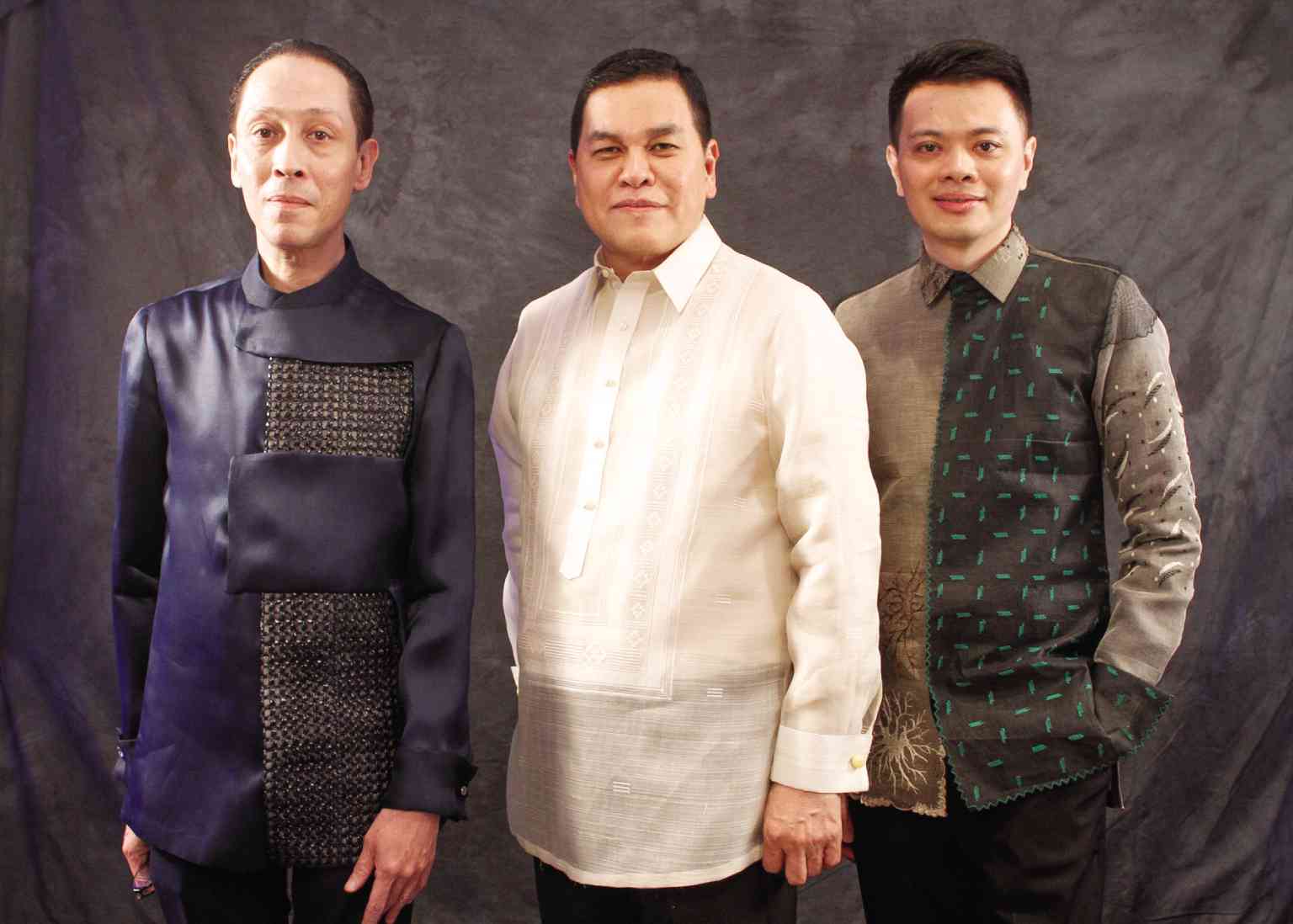 How do you wear the ‘terno’? Let us count the ways

The terno is such a turn-on,” said Borgy Manotoc.

“On my wife Sarah Labhati, it is an elegant design,” said Richard Gutierrez.

“The butterfly sleeves are done right tonight,” said author Mark Higgins as he surveyed the red-carpet parade of personalities wearing their nationalism on their sleeves, as it were.

It was the launch of “Fashionable Filipinas,” a coffee-table book about the evolution of our national dress, published by Bench.

It should serve as a textbook to designers who are now able to see the distillation of the terno from 1860 to 1960. “A sense of history using beautiful pictures complete with timelines and glossary of terms,” said Gino Gonzales, co-author of the book.

Gretchen Barretto, with her alabaster skin, was in a severe black silk terno with neither embellishment nor bling.

Her partner Tonyboy Cojuangco, in a shrimp pink barong, was her escort, or as they say in today’s fashion glossies, her accessory.

Tats Manahan, in her terno-sleeve pantsuit with matching shoes and bag, said her daughter Magee was in her lola’s (Elvira Manahan) terno by Ramon Valera. And so was another daughter, Juana Manahan Yupangco, editor of Baby Magazine, who wore her lola’s vintage terno with pantsuit underneath.

Sandy Higgins was in a narrow tuxedo-inspired black velvet terno designed by students of her Slim’s Fashion School, who designed the ternos and barongs of Bench celebrity endorsers like Solenn Heussaff, Isabelle Daza, Dingdong Dantes, Rocco Nacino and Paulo Avelino.

“The terno I’m wearing is older than me,” said Gilda Cordero-Fernando. She wore metallic sneakers with her terno, which was used in the book/fashion/musical show, “Jaming on an Old Saya,” staged at the Cultural Center of the Philippines in 1995.

Another standout was the stunning Ching Cruz in peacock-feathered mermaid dress by Albert Andrada. Still-so-beautiful Conchitina Sevilla Bernardo wore a terno by Pitoy Moreno—a sentimental choice; it was Pitoy who introduced her to modeling. She has been a devoted friend to him all these decades.

Designer Katrina Goulbourn-Feist wore an original printed terno in French silk satin by her aunt, Salvacion Lim-Higgins, mother of Mark and Sandy Higgins and the woman behind the Slim’s Fashion School. She designed many iconic ternos herself in her time.

Jeannie Goulbourn wore a dramatic gown with attractive décolletage, designed by her daughter Katrina 18 years ago for a Citem show in Hong Kong. Her sister Frances Lim looked like Anna May Wong from the ’30s, in a Jeannie Goulbourn from a Silk Cocoon show in 2005.

Mons Romulo was in a nude-colored terno by Cary Santiago.

It was a living museum last Tuesday night at the Rigodon Ballroom of Peninsula, with the women wearing the terno in its various styles and reinventions, from dramatic simplicity to deft embroidery, stark columns or with sweeping trains similar to those seen in the Kahirup Ball of the ’50s.

The modern versions were with flared pants, like those of Liz Uy and Kaye Tiñga.

A standout was Irene Marcos Araneta in a Pepito Albert black terno, its skirt rounded at the hem like a ball gown, its sleeve panels extending to the back. Her niece Yael Buencamino was in a purple terno with checkered skirt edge.

The most striking was a knitted sweater with terno sleeves and a denim skirt.

Virgie Ramos had Paul Cabral reconfigure her Issey Miyake into a terno coat.

I asked Gino to identify the lady on the book cover. The image was blown up into a three-story-high mural at the Peninsula Lobby.

Gino showed me the original postcard. “We all don’t know who she is, we can only surmise that she was from Assumption because of the telling penmanship in the dedication near her wrist,” he said.

Somehow, the identity of the fashionable Filipino woman will be revealed in time.